In the past two years, Kelowna has seen an economic upturn, with its tech industry experiencing over 30 percent growth, earning $1.3 billion in 2016 alone. And perhaps, not surprisingly, 52 percent of the tech workers are under 35 years of age.

Kelowna is a city of 194,882 people on Okanagan Lake in the Okanagan Valley, in the southern interior of British Columbia, Canada, Besides supporting a large service industry, the tourist-oriented region also has a vibrant tourism industry which has grown into a $1 billion a year industry, as of 2016.

But perhaps the biggest factor in the city’s new-found success as a tech hub may have to do with its population explosion in recent years. Interestingly, the movement of Canadians from BC and other provinces into this region has spurred population growth, and not international immigration.

DestinationOneTech attributes Kelowna’s success as a tech hub, at least, in part, to the number of “freshly educated students settling down in the city.” University graduates have found rents, cost-of-living, and job opportunities to be very appealing. 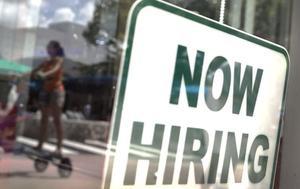 In the Technology Software and Services sector, Software and Application Development is the largest reported business activity with 27 percent as of 2016, more than double Data Processing/ Management and IT Consulting. The second most popular primary sector is New Media and Internet Technology.

It is not hard to see why Kelowna was named as one of the top cities in Canada for entrepreneurs by the Canadian Federation of Independent Business this year.

The Innovation Centre is a 9,728 m2 (104,715 s.f.) facility being constructed on a 2,025 m2 (21,800 s.f.) lot at the corner of Doyle and Ellis in the heart of Kelowna’s Cultural District.
Innovation Centre
“For tech companies, the edge is they can be a big fish in a small pond,” Brea Retzlaff, operations manager of Accelerate Okanagan, said, according to Global News. “So when they relocate here, they have a lot of different supports from institutions, academia, and government. It’s exciting to come in and have that marketplace here.”
Advertisement. Scroll to continue reading.

Kelowna’s new Innovation Centre opened its doors in March this year, and as of today, it is already 80 percent filled. The centre is dedicated to tech office spaces, including meeting rooms and co-worker space. The Innovation Centre is the result of a collaborative effort among community members, private industry partners and academic leaders from Okanagan College, University of British Columbia, Accelerate Okanagan, and the Central Okanagan Development Commission.

“The technology industry is playing a critical role in the economic vitality of the Okanagan region. Companies like KF Aerospace, QHR Technologies, and Two Hat are not just innovating, but creating high-paying skilled jobs and positively impacting their communities,” said Shirley Vickers, President & CEO of the BC Innovation Council.