The current Ebola crisis has been more devastating when compared with previous outbreaks. From the point when Ebola was first detected, back in 1976, there have been, contrary to some perceptions, many outbreaks with the tally standing at 23. Across these incidents the fatality rate stood at 40 percent.

These outbreaks were, however, on a comparatively smaller scale compared with the current West African crisis (which began in 2013).

These points were the opening ones made by Michael Kurilla, MD, PhD, Director, Office of BioDefense Research Affairs, U.S. National Institute of Allergy and Infectious Diseases (NIAID), in a lecture titled “The Science behind Ebola and the Challenges in a Global Environment from an NIH Perspective.” The lecture was made at the Parenteral Drug Association (PDA)’s 10th Global Pharmaceutical Microbiology Conference. 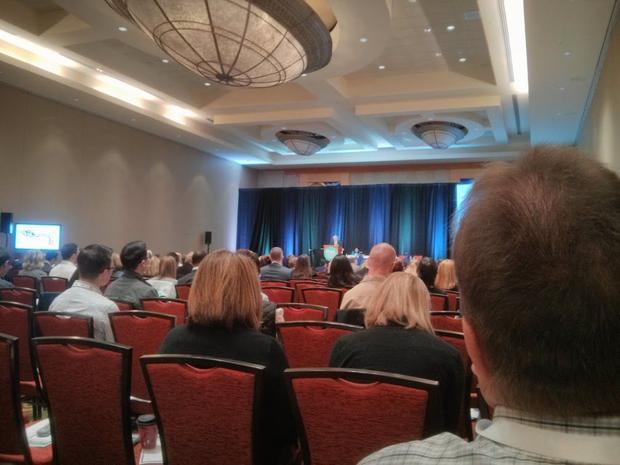 Michael Kurilla, MD, PhD, is the director of the Office of Biodefense Research Affairs and associate director for Biodefense Product Development for the National Institute of Allergy and Infectious Diseases (NIAID). speaking at the PDA Microbiology Conference, October 2015.
Tim Sandle

The precise reasons why the current situation is far worse rests, Dr. Kurilla stated, on five factors. First, the areas affected had no previous experience with Ebola. Second, the outbreak occurred in an urban setting whereas the preceding 23 rounds had been in rural areas. The consequence of this is with previous cases one infected person would come into contact with an average of 8 people; however, with the 2014 peak of the current infection a typical person would come into contact with between 50 and 75 people.

The third reason was due to a very poor (and in some areas non-existent) public health infrastructure. To add to this, the fourth area, was little institutional support being in place. To illustrate this, Dr. Kurilla recited a story of the South African government sending medical supplies to Sierra Leone in December 2014 only for the cargo to sit, unpacked, until March 2015.

The fifth area identified is “unique cultural practices.” One implication of this is the lack of undertakers in most West African regions with funerals being handled by families. Local customs can dictate that cadavers lie in homes for several weeks before being buried. Some customs dictate that the body is washed prior to burial, which is when infections of family members can occur. Incineration requires a break with established traditions. One theory for the transmission of the virus from Guinea to Sierra Leone is thought to be people on the border of Sierra Leone attending a funeral in the neighboring country.

To add to these factors there is the Ebola virus itself. The virus is adept at making itself look invisible, and it thereby avoids the body’s innate immune system. It partly does this by adopting three different structural forms during its lifecycle. These structural forms go some way to explain why what is a comparatively simple virus (made of only seven genes) proves to be so challenging to human host defenses.

In his presentation Dr. Kurilla presented some other interesting facts. One related to the naming of Ebola back in 1976. Here the virus was named after the nearest river to the village where the first outbreak occurred, rather than to the village itself because the local population did not wish to be directly associated with the disease.

A second intriguing piece of information relates to why Ebola is so difficult to study. The virus cannot be readily modeled because, unlike most other pathogens, it does not grow in rodents. Mouse and rat models are generally useful for the testing of different candidate drugs.

The third fact of interest was when Dr. Kurilla argued that we should not really be continuing to consider Ebola as a hemorrhagic fever (as it was known from its mid-1970s discovery) for the majority of deaths are the result of enteric diarrhea. In many ways Ebola kills in the same way that the causative bacterial agent of cholera does.

Dr. Kurilla concluded his presentation by explaining why it is taking so long to bring an effective Ebola vaccine to fruition. The reason is, he stated, simply one of time and it takes a long time to bring a new drug to development. “Our ability to bring these vaccines into development is based on a decade worth of work”, Kurilla noted, highlighting the fact that the majority of drugs developed against a disease falter.

On a more positive note, Dr. Kurilla noted, was the vaccine research being conducted on human subjects in Liberia. With this it takes special conditions to move directly onto human subjects (conditions of no real alternative other than death.) 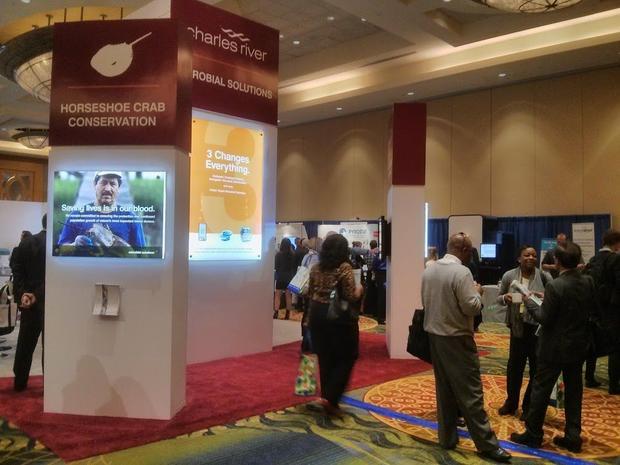 The most successful drug candidate remains ZMapp. The medication is a triple antibody cocktail, first administered to U.S. aid workers. Although ZMapp is now being trialed on a small number of subjects in Liberia its lack of availability has caused controversy, and part of this relates to strict drug regulations that were conveyed by the U.S. Food and Drug Administration’s Assistant Commissioner for Counterterrorism Policy in a separate presentation. Another reason affecting treatment is the high medical staff to patient ratio required. For each infection Ebola patient, thirty healthcare workers are required, working in shifts, based on a model developed by NIAID.

What is arguably more challenging than general immunological assaults on the Ebola virus is with tracking down the virus in sites of the body where the immune system cannot reach and where the virus can remain undetected, even in supposedly ‘cured’ individuals. The foremost place is the eyes, although the testicles of men remains another area for the virus to hide. To strike at the virus in these locales small molecule drug development is required. This is not a short-term project.

In this article:Ebola, Virus, West africa