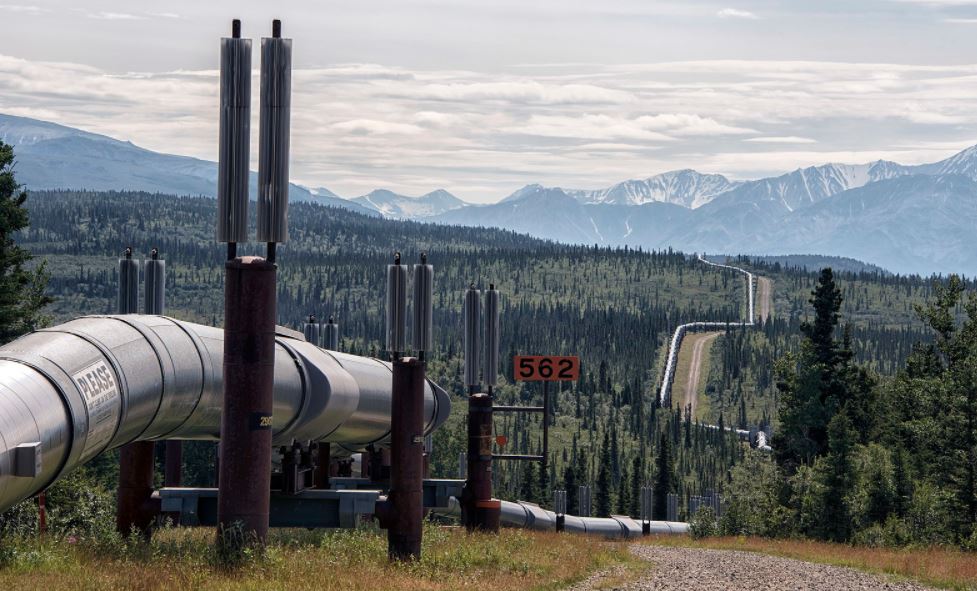 The company maintaining the pipeline has begun planning for an emergency after heavy flooding in 2019, but some experts worry that it may be too little, too late.

In the late summer of 2019, an unusually harsh downpour welled the Sagavanirktok River in the Brooks Range of northern Alaska. According to Inside Climate News, the August storm tore away 100 feet of the land on the west side of the Sag, as the river is commonly called, reaching within 30 feet of a buried segment of the Trans Alaska Pipeline.

Trans Alaska Pipeline is a four-foot diameter conduit that carries an average of 20 million gallons of crude oil a day from the Prudhoe Bay oil fields, and if floodwaters reached a buried section of the pipeline at full strength, the force would buffet the pipe like waves slapping a sailboat on stormy seas.

Bottom line, either above ground or buried, the floodwaters would have severely damaged the pipeline.

“Unlike hazardous liquid releases on land where it can be easier to respond to and contain spills, swift-moving river currents will carry hazardous liquids further downstream, potentially impacting much larger geographical areas and more communities,” the Pipeline Hazardous Materials Safety Administration, the federal agency responsible for enforcing pipeline safety, told pipeline operators in a 2019 bulletin.

Two months after the flood, that close call prompted the Alyeska Pipeline Service Company, a syndicate of oil companies that owns and operates the Trans-Alaska Pipeline System (TAPS), to seek state authorization to fortify the banks of the Sag to protect the pipeline from floodwaters.

However, recent weather events related to a warming climate have spurring Alyeska to seek authorization to build three massive flood control walls along other sections of the river “to protect TAPS from current and future flood events.”

A foretaste of things to come

Scientists, pipeline consultants, and environmental advocates say it is time for us to face a future in which infrastructure like the Trans-Alaska Pipeline will have increasing assaults driven by the warming climate, such as floods, wildfire, thawing permafrost, and sea-level rise.

The Arctic and Alaska are heating twice as fast as the rest of the globe because of global warming. And global warming is driving the thawing of permafrost that the oil industry must keep frozen to maintain the infrastructure that allows it to extract more of the fossil fuels that cause the warming.

On June 27, Digital Journal reported on a study presented in a May 31 paper in The Cryosphere, a publication of the European Geosciences Union. Focusing on infrastructure and the pipeline in Alaska, the researchers found that roads, bridges, pipelines, and other types of infrastructure in Alaska and elsewhere in the Arctic will deteriorate faster than expected due to a failure by planners to account for the structures’ impact on adjacent permafrost.

Alyeska also is in the midst of a project that dates back to February 2020, to install ground chillers below an elevated segment of the pipeline 57 miles northwest of Fairbanks to halt the thaw of permafrost that has deformed several of the braces holding up the pipeline. This project began in June 2021.

According to NBC News, Alyeska spokeswoman Michelle Egan declined to answer specific questions about floods that have threatened the pipeline or the organization’s overall flood mitigation plan. She said in a statement that the pipeline was constructed and maintained in consideration of Alaska’s “unique” environment and that Alyeska has an integrity management program that includes a team of engineers who specialize in monitoring rivers and flood plains.

Interestingly, the Pipeline Hazardous Materials Safety Administration, the federal agency that enforces pipeline safety, acknowledged the recent uptick in flooding along the Trans-Alaska Pipeline, but it stopped short of saying the pattern was cause for concern or required any out-of-the-ordinary response.