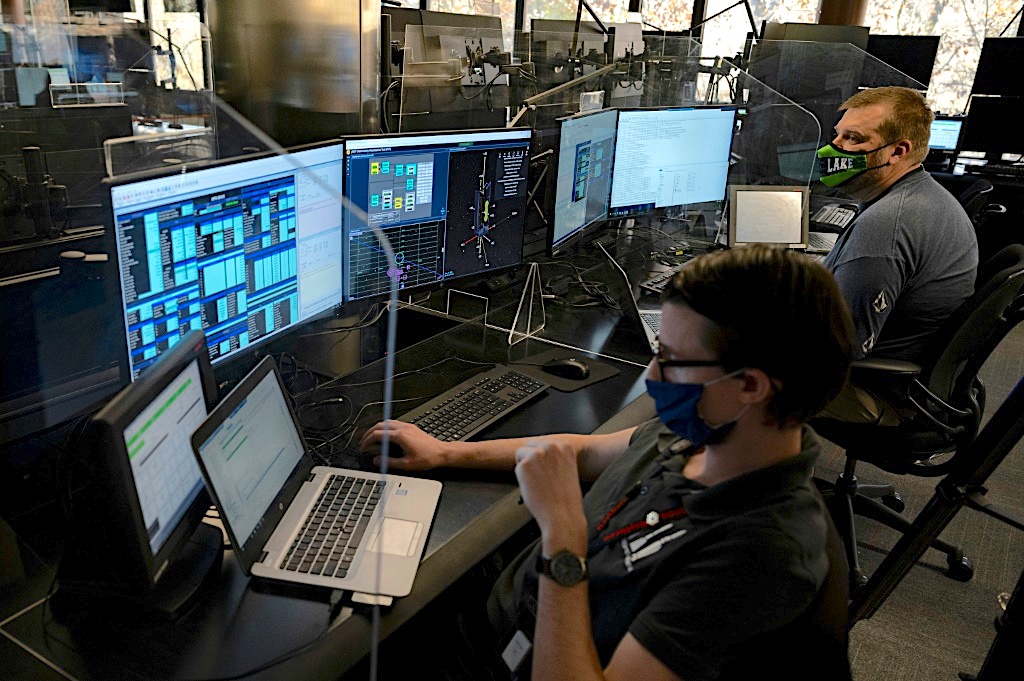 “White-knuckle” — That’s how Rusty Whitman describes the month ahead, after the launch of the historic James Webb Space Telescope, now tentatively set for Saturday.

From a secure control room in Baltimore, Maryland, Whitman and his colleagues will hold their breath as Webb comes online. But that’s just the beginning.

For the first six months after Webb’s launch, Whitman and the team at the Space Telescope Science Institute will monitor the observatory around the clock, making tiny adjustments to ensure it is perfectly calibrated for astronomers across the world to explore the universe. 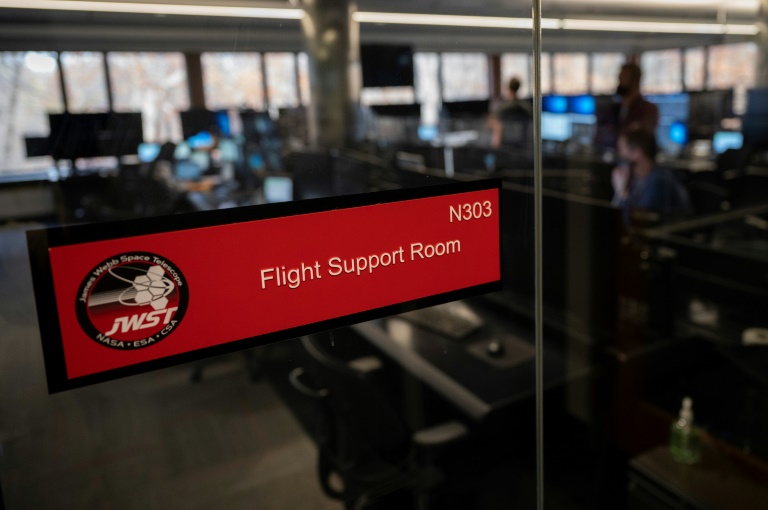 The most crucial moments will come at the beginning of the mission: the telescope must be placed on a precise trajectory, while at the same time unfurling its massive mirror and even larger sun-shade — a perilous choreography.

“At the end of 30 days, I will be able to breathe a sigh of relief if we’re on schedule,” said Whitman, flight operations system engineering manager.

He leads the team of technicians who set up Webb’s control room — a high-tech hub with dozens of screens to monitor and control the spacecraft.

In the first row, one person alone will have the power to send commands to the $10 billion machine, which will eventually settle into an orbit over a million miles (1.5 million kilometers) away.

In other stations, engineers will monitor specific systems for any anomalies.

After launch, Webb’s operations are largely automated, but the team in Baltimore must be ready to handle any unexpected issues.

Luckily, they have had lots of practice.

Over the course of a dozen simulations, the engineers practiced quickly diagnosing and correcting malfunctions thought up by the team, as well as experts flown in from Europe and California.

During one of those tests, the power in the building cut out.

“It was totally unexpected,” said Whitman. “The people who didn’t know — they thought it was part of the plan.” 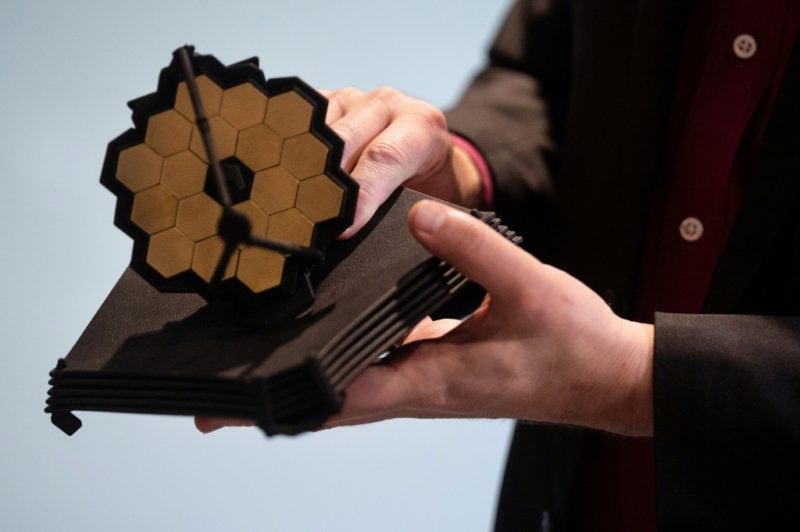 The James Webb Space Telescope, seen here in miniature, has a primary mirror that is 21 ft (6.5 m) in diameter and a sun shield the size of a tennis court. — © AFP

Fortunately, the team had already prepared for such an event: a back-up generator quickly restored power to the control room.

Even with the practice, Whitman is still worried about what could go wrong: “I’m nervous about the possibility that we forgot something. I’m always trying to think ‘what did we forget?”

In addition to its job of keeping Webb up and running, the Space Telescope Science Institute — based out of the prestigious Johns Hopkins University — manages who gets to use the pricey science tool.

While the telescope will operate practically 24/7, that only leaves 8,760 hours a year to divvy up among the scientists clamoring for their shot at a ground-breaking discovery.

Black holes, exoplanets, star clusters — how to decide which exciting experiment gets priority?

By the end of 2020, researchers from around the world submitted over 1,200 proposals, of which 400 were eventually chosen for the first year of operation.

Hundreds of independent specialists met over two weeks in early 2021 — online due to the pandemic — to debate the proposals and pare down the list. 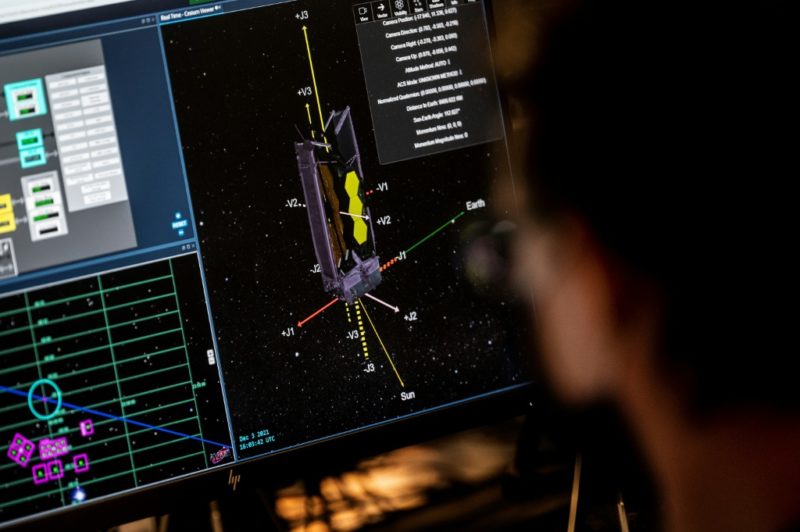 The James Webb Space Telescope, represented here on an engineer’s computer screen, cost over $10 billion and will be used by scientists from around the world. — © AFP

The proposals were anonymized, a practice the Space Telescope Science Institute first put in place for another project it manages, the Hubble Telescope. As a result, many more projects by women and early-career scientists were chosen.

“These are exactly the kind of people we want to use the observatory, because these are new ideas,” explained Klaus Pontoppidan, the science lead for Webb.

The time each project requires for observations varies in length, some needing only a few hours and the longest needing about 200.

What will be the first images revealed to the public? “I can’t say,” said Pontoppidan, “that is meant to be a surprise.”

The early release of images and data will quickly allow scientists to understand the telescope’s capacities and set up systems that work in lock step.

“We want them to be able to do their science with it quickly,” Pontoppidan explained. “Then they can come back and say ‘hey – we need to do more observations based on the data we already have.'”

Pontoppidan, himself an astronomer, believes Webb will lead to many discoveries “far beyond what we’ve seen before.”

“I’m most excited about the things that we are not predicting right now.”

Before the Hubble launched, no exoplanets — planets that orbit stars outside our solar system — had been discovered. Scientists have since found thousands.

What will the James Webb Space Telescope reveal?