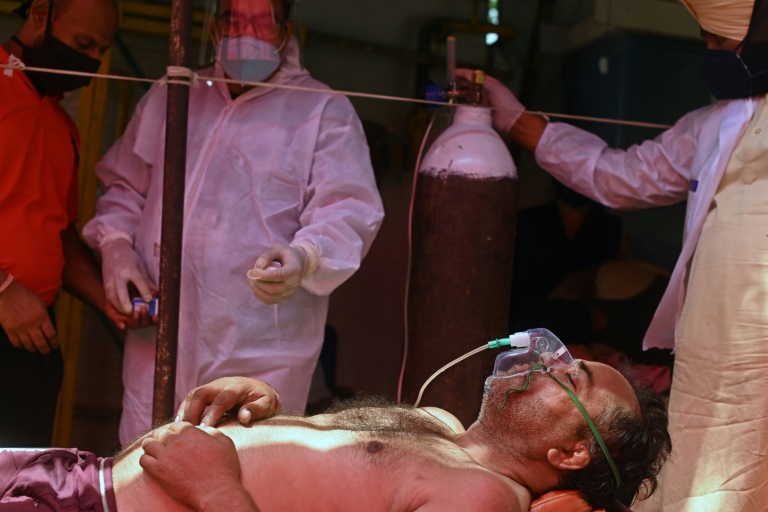 A warning from the Indian SARS-CoV-2 Genetics Consortium, or INSACOG in early March about a new variant of COVID-19 spreading around India went ignored by the government amid a surge of cases.

Digital Journal reported in March that Virologist Shahid Jameel explained that a “double mutation in key areas of the virus’s spike protein may allow the virus to escape the immune system.” The spike protein is used by the virus to penetrate human cells.

In an analysis of the samples collected from India’s western Maharashtra state, scientists with INSACOG saw “an increase in the fraction of samples with the E484Q and L452R mutations” compared with December last year. “Such [double] mutations confer immune escape and increased infectivity,” the health ministry said.

Reuters is reporting that the information in the report was conveyed to a top official who reports directly to the prime minister, according to one of the scientists, the director of a research center in northern India who spoke on condition of anonymity.

Interestingly, The Hill is reporting that INSACOG researchers first detected the B.1.617 variant in February, Ajay Parida, director of the state-run Institute of Life Sciences and a member of INSACOG, said.

A version of that draft report, seen by Reuters, set out the forum’s findings: “the new Indian variant had two significant mutations to the portion of the virus that attaches to human cells, and it had been traced in 15% to 20% of samples from Maharashtra, India’s worst-affected state.”

Basically, in further describing the two mutations, the report said that mutated versions of the virus could more easily enter a human cell and counter a person’s immune response to it.

Two weeks later, on March 24, the health ministry published a statement on the forum’s findings but left out that the mutations were of “high concern,” a phrase included in the original draft of the statement.

It is actually unclear if Prime Minister Narendra Modi even saw the original report from INSACOG. Needless to say, India is now inundated in a coronavirus surge of unimaginable proportions.