India’s transformation to renewable energy as a source of electricity has also heralded the end of the country’s coal industry. Coal India, the world’s largest coal company, announced its quarterly results on May 30, and shares in the coal giant had dropped to a three-year low, reports Quartz.

The Kolkata-based company saw a 38 percent fall in consolidated profit for the fourth quarter of the 2017 financial year, and it looks like profits will continue their downward spiral due to less demand for electricity and an overcapacity in thermal power generation, now aggravated by a surge in renewable energy capacity.

India is a country at the crossroads, with one foot wanting perhaps, to hold on to its good old standby, coal, yet one foot wanting to join in the renewables revolution taking place around the world. For example, late last year, India announced plans to construct 300 gigawatts (GW) of new coal capacity by 2030.

At the same time, the country had been working hard to decrease its coal imports. Well, they succeeded, with coal imports down by 21.7 percent in January 2017. And while reducing dependence on coal at the government level was going on, in far-flung villages and communities across the country, solar PV panels were being installed, bringing off-grid electricity to countless families. 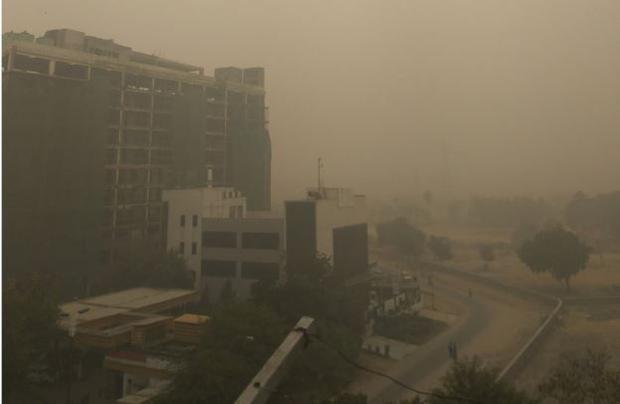 The air in Delhi is so bad you can taste and smell it.
Twitter #DelhiSmog

And there is no doubt that solar energy is clean, cheap and an unending source of energy, and India is now embracing it in a big way – So much so that the country canceled 13.7 gigawatts of proposed coal-fired power plants in May, reports Clean Technica.

How much cheaper is solar power compared to coal-fired power? Solar generation is now as much as 50 percent cheaper than coal power, according to the solar research firm Bridge to India.

The plunge in the cost of electricity due to solar panels has made this renewable all the more tasty, and the air cleaner. “The crashing solar tariffs are creating a mental block for distribution companies and holding them back from signing long-term purchase agreements with conventional power producers,” said T. Adi Babu, chief operating officer for finance at Lanco Infratech Ltd., an Indian power producer, reports Bloomberg.

India is going to be a country to watch in the coming years. And as the country’s dependence on fossil fuels drops, it will soon become a world leader in the use of renewable energy.