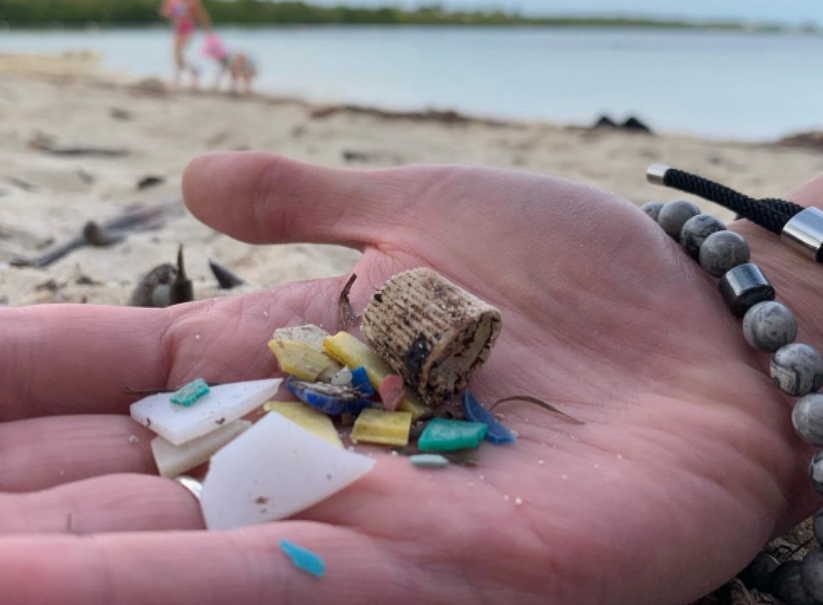 The oceans are littered with plastic waste and this is an ecological emergency, with plastic having entered the food chain, harming marine life and presenting a potential risk to humanity as well. Plastic debris is currently the most abundant type of litter in the ocean, making up 80 per cent of all marine debris found from surface waters to deep-sea sediments.

To give an idea of the scale of the problem, according to the International Union for Conservation of Nature (IUCN) at least 14 million tons of plastic end up in the ocean every year.

A new approach has been put forwards to help clear a large quantity of plastic material and to produce clean fuel. This is based on an innovative ship design. This is the result of a partnership between H2-Industries and TECHNOLOG Services, a naval architecture company.

The innovation is based on 3D designs for a concept ship that will collect plastic waste and then convert it into clean hydrogen. The process will also enable surplus hydrogen to be shipped back to shore.

The ship is being designed to be more than 150 metres in length. The aim is for ship to travel at four knots with the waste plastic collected by two smaller vessels towing a two-mile net that funnels the waste from the surface and up to ten metres below it.

The plastic waste will then be collected and fed onto conveyors and into the storage hold.

This waste will then be converted into hydrogen by the same thermolysis process that the H2-Industries’ plants will be using on shore. For every 600 kg of waste collected, approximately 100 kg of hydrogen can be produced and, then, stored in liquid organic hydrogen carrier.

This fluid has been dubbed “LOHC” (a special liquid that can carry hydrogen). The containers holding the liquid will be transferred to smaller vessels by onboard cranes for delivery to shore.

The LOHC carrier fluids bind hydrogen chemically and the stored hydrogen used for productive purposes. H2-Industries storage solutions work by charging (hydrogenation) and discharging (dehydrogenation) the LOHC. The ship itself will be powered by hydrogen.

A current constraining factor is the volume of plastic feedstock. One rotary kiln can handle 600 kgs of waste every hour and that will generate approximately.100 kgs of hydrogen. Each ship will be designed to be fitted with multiple kilns to match the speed of plastic collection.

As the technology develops, and should the pilot be successful, this will lead to further advancements, more ships, and greater scale to address the plastic pollution problem.