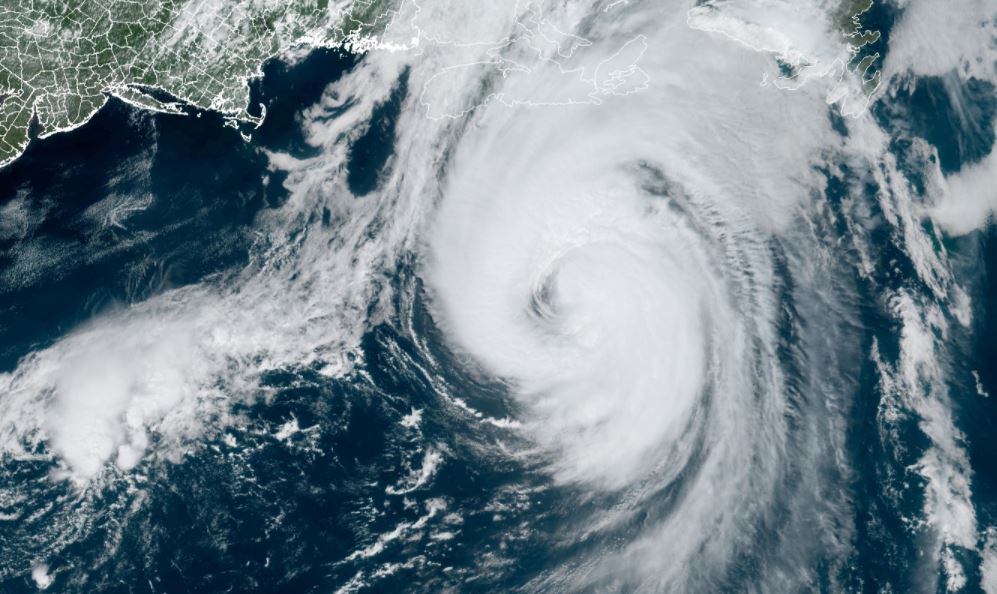 Larry passed east of Bermuda as a hurricane on Thursday, delivering only a glancing blow, but its next target is likely to be the recipient of a direct hit. Ahead of the storm, the Canadian Hurricane Center issued hurricane and tropical storm warnings for southeastern Newfoundland.

At the 11:00 a.m. advisory from the Narional Hurricane Center, Larry was 595 miles (955 kilometers) southwest of Cape Race Newfoundland, moving to the north-northeast at 29 mph (46 kph), packing maximum sustained winds of 80 mph (130 kph).

Although Larry is heading towards Newfoundland in eastern Canada and poses no direct threat to the United States, the storm is creating large ocean swells that are reaching the Jersey Shore and posing a high risk of dangerous rip currents.

This is mainly due to the size and intensity of the hurricane. Generally, winds will continue to generate large swells that propagate outward from the center by more than 800 miles.

Rough surf and seas are forecast to diminish from south to north along the Atlantic coast from Friday through Saturday night, according to AccuWeather.com.

A hurricane warning is in effect for southeastern Newfoundland from Arnold’s Cove to Jones Harbour.

Looking at the forecast track, Hurricane Larry is expected to turn to the northeast with a further increase in forward speed today. The center of Larry will pass well southeast of Nova Scotia on Friday, and move over southeastern Newfoundland Friday night.

Gradual weakening is forecast during the next day or so, but Larry is expected to remain a hurricane until it passes Newfoundland. Heavy rains from Larry will move quickly across eastern Newfoundland Friday night, producing 1 to 2 inches of rain.