Most people are familiar with helium gas, mainly through its more frivolous uses, like the balloons that strain to fly high into the sky if we let go of the string, or inhaling enough of it to make your voice squeaky.

But helium has more important uses, particularly in cryogenics, notably as a coolant in particle accelerators and in quantum computing. As a matter of fact, fully one-quarter of global helium production is used in this field. It is also used in arc welding and in the processes used to make silicon wafers, which accounts for almost half the helium produced. 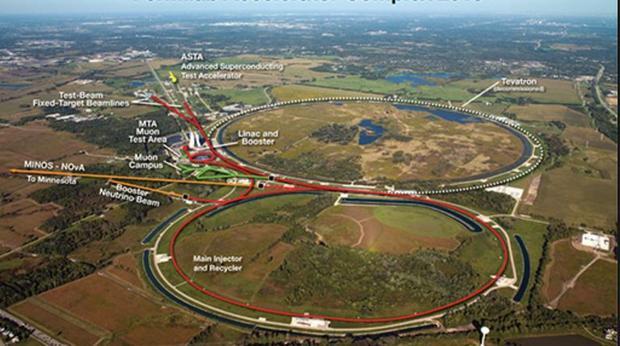 Fermilab’s accelerator complex accelerates protons to high energies before sending them out to various experiments. More than 1.850 scientists worldwide use Fermilab’s particle accelerators for their research.
Department of Energy

The remaining helium gas produced globally is used in lighter-than-air craft, the medical field, scuba diving tanks and in industrial leak detection. That doesn’t leave much gas left for filling party balloons. Nobel prize-winning physicist Robert Richardson said in 2010 that by 2035, there wouldn’t be any reserves of helium left in the world.

It actually became so serious an issue the British Medical Association voted in 2015 to ban helium’s use in frivolous endeavors, like balloons, reports CBC News. But the discovery of the huge helium gas field is going to be a “game-changer,” say scientists.

Gas field near Lake Eyasi, Tanzania
Using prospecting methods from the oil industry along with scientific research that revealed the role volcanic heat plays in the production of pockets of helium gas, scientists with Oxford and Durham universities, working with Norway-based Helium One, a helium exploration company, developed a new approach to helium gas exploration. 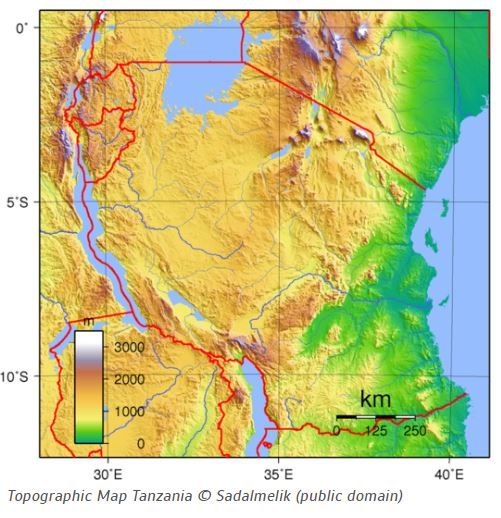 To find Lake Eyasi: It is in the northern part of Tanzania at 35 degrees E and just above 5 degrees S.
Sadalmelik

Looking for the gas took the researchers to the East Africa Rift Valley, a part of the East African Rift System (EARS), a wonder of the geological world. This seismically active region is alive with tectonic forces, trying to create new plates by splitting apart the old ones. Not too far away from Lake Eyasi, the scientists found what they were looking for.

Their first use of the method led to the discovery of the gas field in Tanzania. The discovery was announced at the Goldschmidt geochemistry conference in Yokohama, Japan, today. Because helium gas has usually been found as a by-product of gas and oil exploration, this is also the first time helium gas has been “purposely found.” 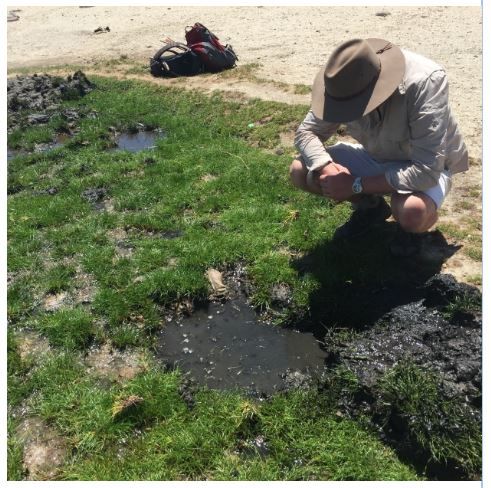 Tom Abraham-James, founder and CEO of Helium One, collects helium gas from a natural water and gas seep near Lake Eyasi, Tanzania, in November 2015. Bubbles just in view in the ‘puddle’ contain up to 10 per cent helium.
Peter Barry/University of Oxford

Chris Ballentine, a geochemist in the Department of Earth Sciences at Oxford University, said in a statement. “By combining our understanding of helium geochemistry with seismic images of gas-trapping structures, independent experts have calculated a probable resource of 54 billion cubic feet [1.5 billion cubic meters] in just one part of the rift valley.”

To put this in perspective, Live Science says the Federal Helium Reserve in Texas, which supplies more than a third of domestic helium needs and contains about 30 percent of the world’s total helium supply, right now holds about 24.2 billion cubic feet.