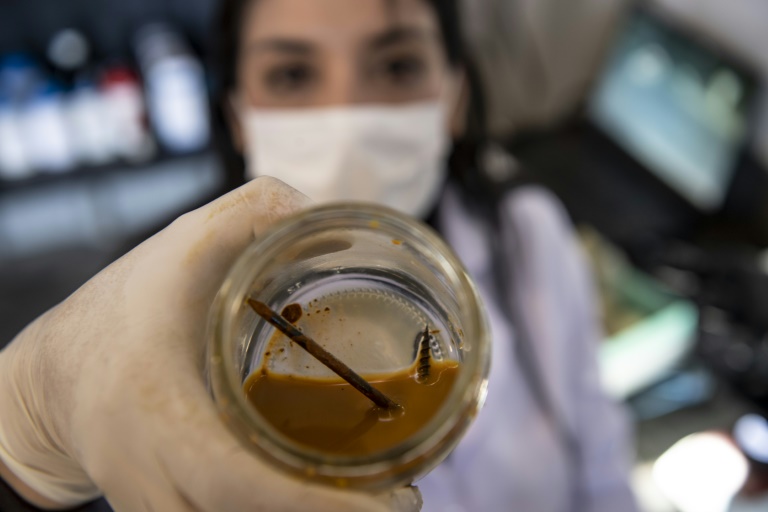 Bacteria are being used to power a green revolution in personal electronics. Here, researchers have succeeded in engineering a biofilm capable of producing long-term, continuous electricity from human sweat.

The development comes from the University of Massachusetts Amherst and the focus is with next generation wearable electronics, including medical sensors to personal electronics for the consumer.

Central to the development isa biofilm that harvests the energy in evaporation and converts it to electricity. The biofilm is an engineered version of the bacterium Geobacter sulfurreducens (a Gram-negative metal and sulphur-reducing proteobacterium). This bacterium produces electricity and has been used previously in creating so-termed “microbial batteries” to power electrical devices.

A limitation with previous batteries using the organisms is with ensuring that G. sulfurreducens is fed a constant diet. This challenge is overcome with the biofilm, which contains the necessary nutrients, and it can run to provide more energy than a comparably sized battery.

The mechanism for electricity generation with biofilms of electroactive microbes like G. sulfurreducens is their ability to oxidize organic substrates with electron transfer to electrodes.

The biofilms were grown anaerobically in two-chambered H-cell systems with a continuous flow of medium with acetate as the electron donor and a polished graphite stick anode as the electron acceptor.

G. sulfurreducens grows in colonies that look like thin mats, and each of the individual microbes connects to its neighbours through a series of natural nanowires. The researchers have harvested these mats and uses a laser to etch small circuits into the films. Once the films are etched, they are sandwiched between electrodes and sealed in a soft, sticky, breathable polymer.

According to one of the researchers, Xiaomeng Liu: “It is real green energy, and unlike other so-called ‘green-energy’ sources, its production is totally green.”

For the biofilm development, the researchers sustainably grow the cells in a biofilm, and then use that agglomeration of cells. This cuts the energy inputs. In terms of its operation, the biofilm converts the energy locked in evaporation into energy.

The biofilm resembles a clear, small, thin flexible layer and it is worm much like a wound plaster. The weight is far lower than any conventional battery.

The research appears in the journal Nature Communications, titled “Microbial biofilms for electricity generation from water evaporation and power to wearables.”