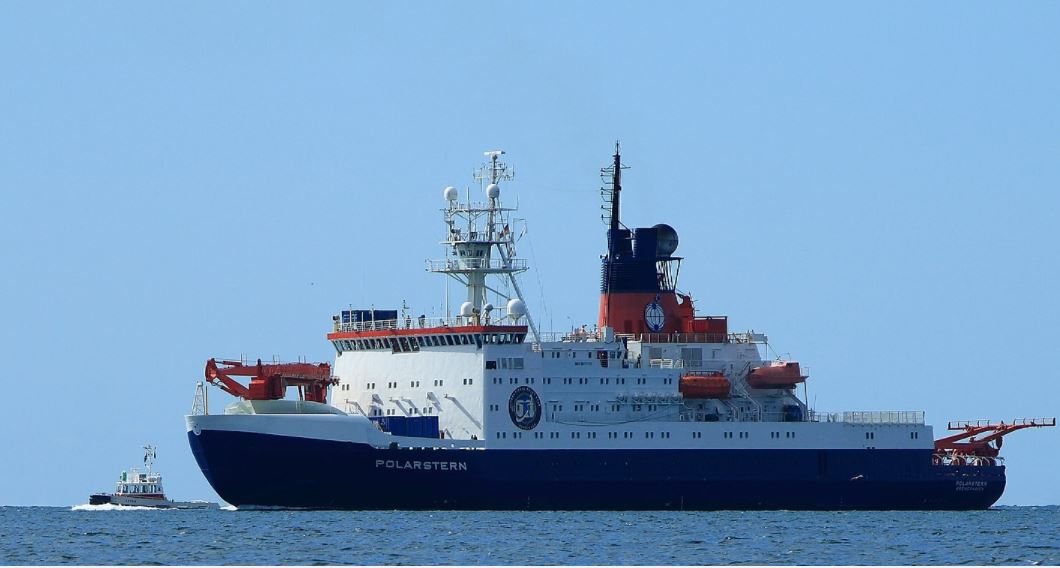 In the spring of 2020, the Arctic MOSAiC expedition aboard the Polarstern documented an unparalleled loss of ozone in the Arctic stratosphere. Their findings show the expected recovery of the ozone layer may fail to happen anytime soon if global warming is not slowed down.

The ozone layer is a protective shield, of sorts, in the earth’s stratosphere at an altitude of about 6.2 miles (10 kilometers). This layer usually has a high concentration of ozone, which absorbs most of the ultraviolet radiation reaching the earth from the sun.

The nations of the world have made good progress in protecting atmospheric ozone, based on the 1987 Montreal Protocol, a global treaty that banned ozone-harming chemicals.

These long-lived pollutants – like chlorofluorocarbons and halons from refrigerants and industrial solvents break down and release chlorine and bromine, which react with sunlight to destroy ozone.

But since the Montreal Protocol went into effect, the concentrations of the pollutants have decreased by about 10 percent, allowing the ozone layer above Antarctica to heal over the past 20 years, reports Inside Climate News.

However, the year-long Mosaic Expedition to the Arctic found that progressively colder temperatures in the stratosphere above the Arctic are increasing the destruction of ozone in that region.

“There are enough of the chemicals remaining in the atmosphere to cause some serious ozone damage, and it will get worse if greenhouse gas concentrations increase and continue cooling the stratosphere above the Arctic,” said Markus Rex, co-author of the research published today in Nature Communications, and leader of the MOSAiC expedition in 2019 and 2020.

“Readings taken during the expedition showed that the chemical loss of ozone over the Arctic in the spring of 2020 was worse than ever before,” he added. “A comprehensive analysis has now determined that this was also due to climate change.”

In other words, the research shows that if climate change continues unchecked, the loss of ozone over the Arctic will likely continue to worsen through the end of the 21st century, despite the Montreal Protocol.

The measurements from the Mosaic research “helped to nail down” the region’s declining ozone, said Rex. “Ozone depletion takes place within the polar vortex. It’s like a pot in which things happen, and you have to be there in the central Arctic in March and April to see them happen. Typically, nobody is in the central Arctic during that season.”

Does this mean the ozone layer – a protective barrier against harmful UV radiation – over the Arctic is increasingly at risk?

To find the answer, a group of experts from the Alfred Wegener Institute, including Peter von der Gathen and Markus Rex, and Ross Salawitch from the University of Maryland, compared the data from 53 computer models created in the context of the international “Coupled Model Intercomparison Project Phases 5 and 6” (CMIP5, CMIP6).

Working from this basis, the researchers then projected the ozone depletion in the Arctic polar vortex up to the year 2100. Monitoring by the MOSAiC researchers and by NASA showed it reaching a record-low level in 2020.

For Markus Rex, the message from the Arctic is clear: “There are plenty of good reasons to quickly and comprehensively reduce greenhouse-gas emissions. Now we can add the risk of intensified ozone depletion over the Arctic to the list.”