“God’s Land, But No Man’s” – At least that’s what New York’s The Sun called Oklahoma’s Panhandle years ago, and the Sun had the description right about the West at that time. Today, this “No man’s land” is part of North America’s corridor of wind farms, running from Minnesota to Texas.

In the announcement, Invenergy said the Wind Catcher facility is currently under construction in the Oklahoma panhandle and will generate wind electricity from 800 state-of-the-art GE 2.5 megawatt turbines. The wind facility is part of a $4.5 billion Wind Catcher Energy Connection that also includes an approximately 350-mile dedicated, extra-high voltage power line.

And while a typical wind farm in the U.S. might have from 50 to 100 wind turbines, Andy Holt, the general manager of North America Wind for GE Renewable Energy says, “To have 800 turbines is a really big deal for the industry.” 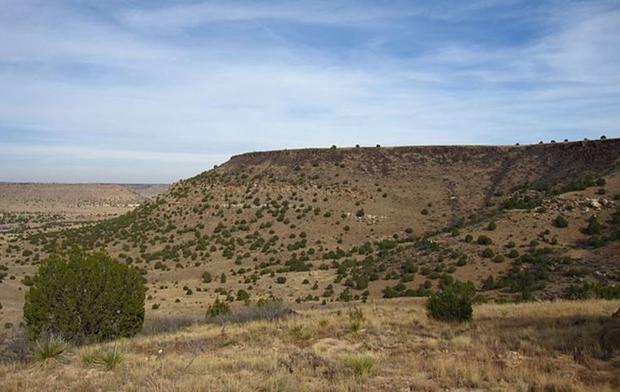 Black Mesa, the tallest point in Oklahoma (actual highest point off image to left).
Chris M
Turbines to track their performance and output
The GE turbines are being equipped with sensors that will allow each turbine to measure its performance and compare its own production to that of nearby turbines. Here’s what is really neat – The whole wind farm will be able to monitor how much energy it’s producing, based on current wind conditions at any given time.

On July 28, Digital Journal reported on a new start-up, Buffalo, New York-based Sentient Science, an industrial equipment monitoring company which manufactures a device called DigitalClone Live software, that monitors the life of gears in a wind turbine as well as producing simulations that cover different scenarios that might impact the machinery in almost any given situation. 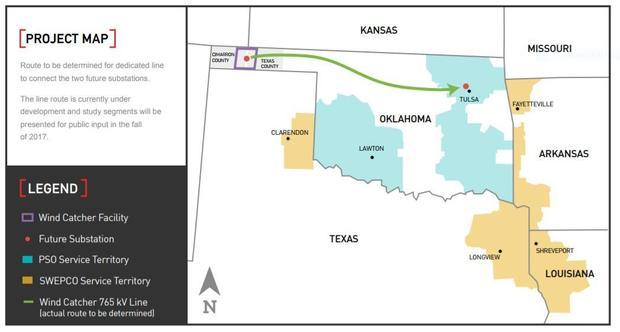 WIND CATCHER ENERGY CONNECTION PROJECT
GE’s sensor system is a bit different from Sentient Science’s monitoring system. GE’s turbines will be powered by Predix, GE’s platform for the Industrial Internet, for big data analysis and for monitoring. If any part of the system indicates performance problems, technicians are immediately alerted.

“These are digital wind turbines, aware of themselves and their neighbors and the entire farm,” Holt says. “That’s revolutionary right there.”

Clean energy that is a money saver and job producer
Wind Catcher Energy Connection is expected to save Southwestern Electric Power Co. (SWEPCO) and Public Service Co. of Oklahoma (PSO) customers more than $7 billion, net of cost, over a span of 25 years. American Electric Power (AEP) estimates the project will produce approximately 4,000 direct and 4,400 indirect jobs annually during construction and 80 permanent jobs once operational. 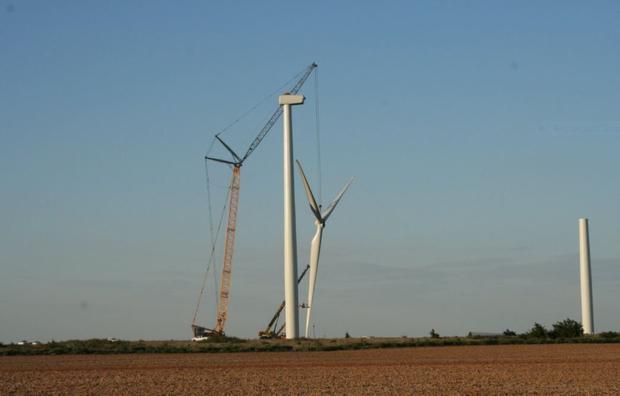 Construction of wind turbine
Invenergy
The project will also contribute $300 million in property taxes over the life of the project. All machine heads and hubs will be manufactured in the U.S., and additional components will be manufactured in Louisiana, Arkansas, Texas, and Oklahoma. The project was started in 2016 and is expected to be fully operational in mid-2020. Invenergy is contracted to operate the facility for the first five years; then, SWEPCO will own 70%, including 1,400 MW of wind, and PSO will own 30%, including 600 MW of wind.

“GE is delighted to be a part of the groundbreaking Wind Catcher project with Invenergy and American Electric Power,” said Pete McCabe, President, and CEO of GE’s Onshore Wind business. “We look forward to putting our teams to work in these communities as we continue to move toward our goal of ensuring that no one has to choose between sustainable, reliable and affordable energy.”

Acclaimed actress Katey Sagal is killing it each week on the hit TV series "Rebel" on ABC. Digital Journal has the scoop.

Ellen DeGeneres, a staple of daytime American talk show culture, said Wednesday she is ending her show after 19 seasons.