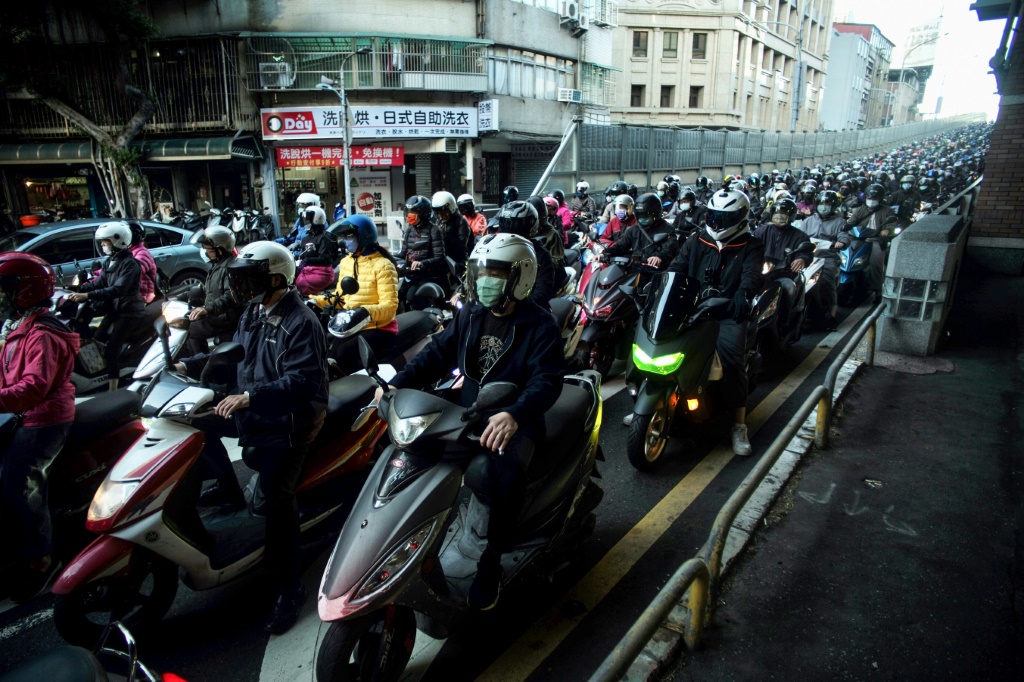 Every day, Aiden Lee joins the hundreds of thousands of people getting around Taipei on two wheels.

But when most of his fellow riders head to a petrol pump to refuel, he takes his e-motorbike to one of Taiwan’s increasingly commonplace battery-swapping stations — tech its creators say could supercharge the shift from fossil fuels.

“Honestly, if it weren’t for battery swapping — which by the way is even faster than filling up at a petrol station — I wouldn’t use an electric bike,” the marketing executive said.

“I don’t think I have the time to wait for the battery to charge.”

Lee has used the rechargeable batteries provided by Taiwanese startup Gogoro since 2015, putting him among the 450,000 subscribers who swap an average of 330,000 batteries each day, according to company figures.

He says it costs about 10 percent more than buying petrol each month.

Now eyeing regional expansion and a New York listing, Gogoro has more than 2,300 stations outside convenience stores or in car parks across Taiwan, where e-moped riders stop to exchange depleted batteries for freshly charged cells.

Companies in China, the United States and Israel have struggled to provide easy access to swappable batteries for e-cars, in part because of the high cost of building charging facilities and the time needed to charge much larger cells. 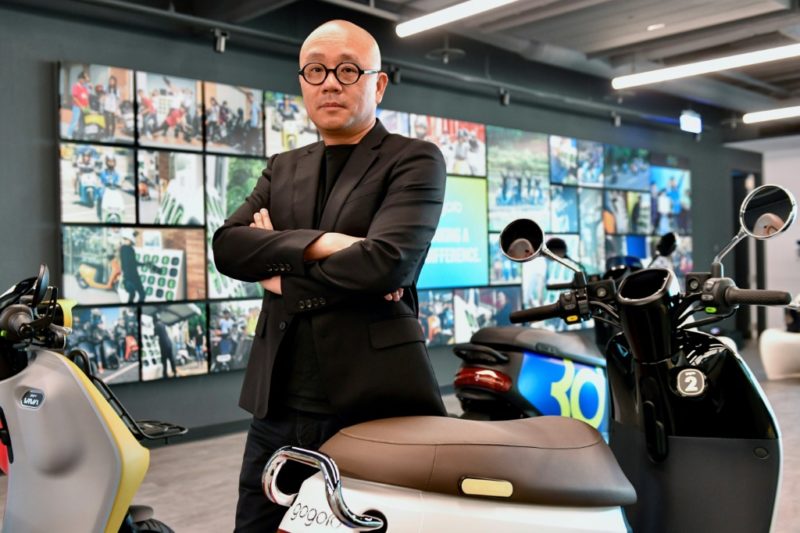 But the tech works better for mopeds, said Gogoro founder and chief executive Horace Luke, as the batteries and stations need not be so large.

The facilities already outnumber petrol stations in four major Taiwanese cities, the company said, and vice-president Alan Pan told a news conference last week that the firm’s goal for 2022 was to “surpass the number of petrol stations island-wide”.

With more than 240 million battery swaps since 2015, Gogoro says it has kept about 360,000 tonnes of carbon dioxide out of the atmosphere.

“We are working on solutions that… create a new industry as the world looks now to sustainability and how to curb global warming and climate change,” Luke told AFP in an interview.

According to government sales figures, e-bikes make up 21 percent of all motorbikes in Taiwan, with sales of traditional petrol models in double-digit decline annually.

Luke said that, through local partnerships, Gogoro was moving to expand into the world’s largest motorbike markets: China, India and Indonesia — all countries with smog-choked cities. 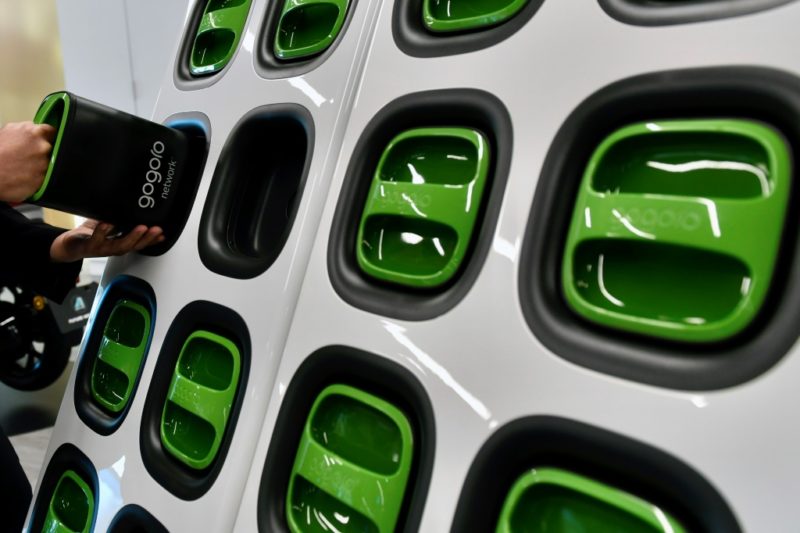 Gogoro has more than 2,300 stations across Taiwan, where e-bike riders stop to exchange depleted batteries for freshly charged cells. — © AFP

The company has teamed up with top players in the industry, including Hero MotoCorp in India, the world’s biggest motorcycle maker, China’s world-leading e-bike maker Yadea and, most recently, Indonesian ride-hailing firm Gojek.

In China its battery-swapping system was launched in October in the city of Hangzhou, with plans to expand to other places this year.

The push could benefit from major government incentives for e-vehicles in the giant Asian countries.

Last year, India rolled out $3.5 billion in incentives for the auto sector to boost production of electric and hydrogen fuel cell vehicles, while Indonesia has offered tax perks for manufacturers, transport companies and consumers.

Gogoro plans to list on the Nasdaq in the first quarter of this year through a merger with a special purpose acquisition company, establishing an entity valued at $2.35 billion.

Global sales of electric motorbikes, scooters and mopeds are estimated to have topped 25 million units in 2020, or 35 percent of total sales of two-wheeled vehicles, according to BloombergNEF.

Countries in Southeast Asia “with strong two-wheeler cultures, high urban density rates, supportive policy frameworks for EVs, and a strong desire to reduce urban air pollution will likely be next in line”, it said in a report.