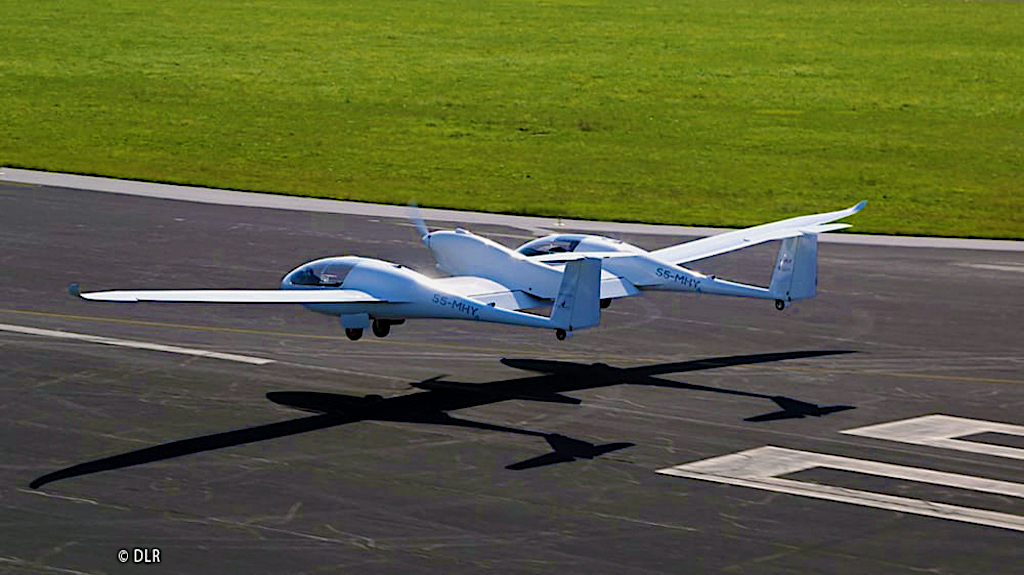 To advance a cleaner fuel, what if an aircraft fuel could be created from sunlight and air? This is a research area being investigated by the Institute for Advanced Sustainability Studies, based in Switzerland, in the form of a new type of solar reactor.

The outcome of this research question has seen the designing of a plant that can produce carbon-neutral liquid fuels from sunlight and air (by extracting water from the air). The following stages of the research will see the technology taken to an industrial scale.

The Swiss scientists have dubbed the output of their experiments as ‘solar kerosene‘ (kerosene, derived from petroleum, widely used as a fuel in aviation). The prototype plant can produce sufficient synthetic liquid fuels that release as much carbon dioxide during their combustion as was previously extracted from the air for their production.

Through the thermochemical process, carbon dioxide and water are extracted directly from ambient air and then split using solar energy. The reaction creates ‘syngas’, which are a mixture of hydrogen and carbon monoxide.

The resultant mixture is then processed into kerosene, methanol, or other hydrocarbons. These fuels can be used for a variety of industrial applications.

Not only is the fuel ‘green’, but it is also of a relatively low cost. The researchers estimate that the fuel would cost 1.20 to 2 euros per litre if it were produced on an industrial scale. A suitable place for a large scale plant would be a desert region, with high solar resources.

The researchers also predict that their technology would enable the world to meet its demand for jet fuel by using less than one percent of the  arid land. Furthermore, unlike biofuels, the process would not compete with the production of food or livestock feed.

A further sustainable element is that the materials used to build the production facilities, using as glass and steel, can also be manufactured using renewable energy and carbon-neutral methods.

For such a project to come to fruition it would require considerable government support, and initial subsidies to swing the market in favour of solar generated fuels. This would be necessary until solar kerosene achieves a market breakthrough.

The research appears in the journal Nature, with the study titled “Drop-in Fuels from Sunlight and Air. Nature.”