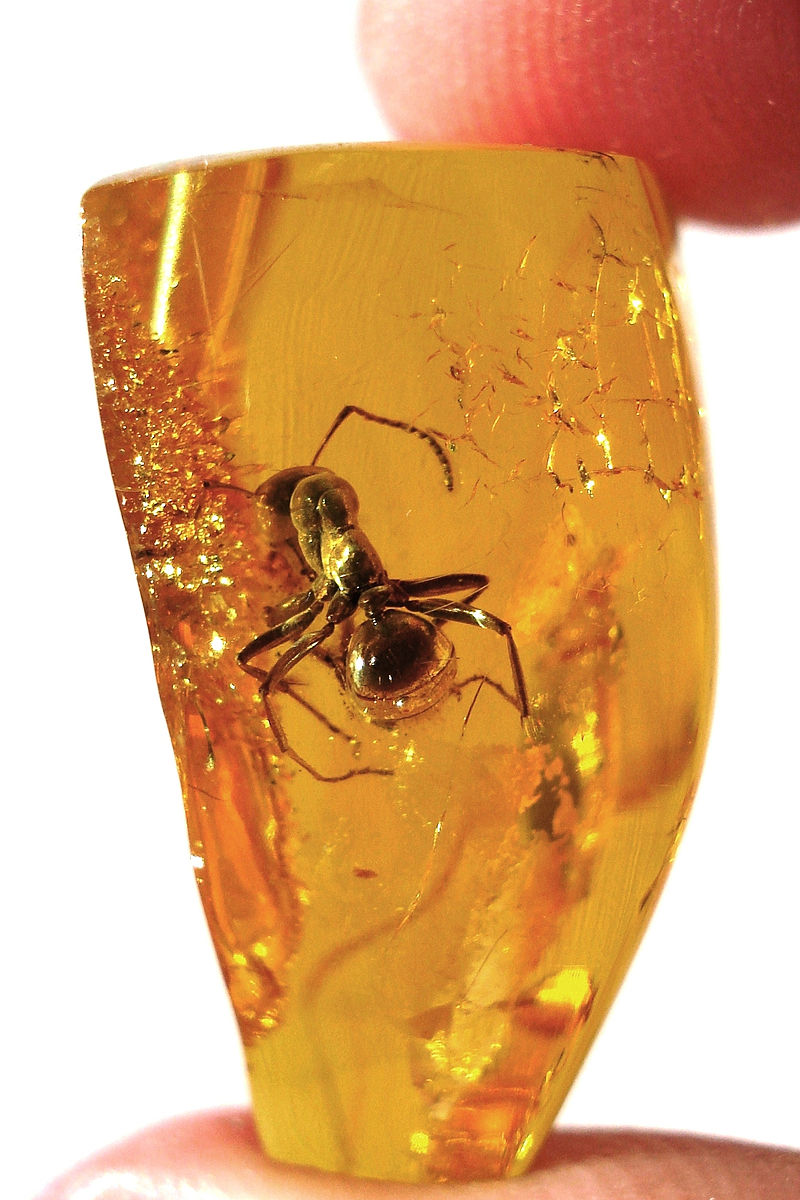 Scientists at Oregon State University have identified what has been described as the oldest known specimen of a fungus. The fungus was discovered parasitizing an ant in fossilized form. Intriguingly, the fossil represents a new fungal genus and species.

The fossil shows a fungus growing out of a carpenter ant, preserved in amber. The finding will advance scientific understanding about the ecology of the distant past. The fungus has been named Allocordyceps baltica.

The fungus presents a new type of Ascomycota fungi and it is at least 50-million-years-old. The amber was isolated from Europe’s Baltic region. Amber begins as resin, a reddish, viscous liquid that flows out of a diseased or damaged tree. Amber is a unique preservation mode, preserving otherwise unfossilizable parts of organisms.

As with some of the fungi of today, the ancient fungus appears to be a parasite of the ant, able to modify the behaviour of the ant so that the ant helps the fungus to develop and aids its dispersion. This will similar to fungi capable of creating so-called ‘zombie ants‘, those of the Cordyceps genera (specifically the species Ophiocordyceps unilateralis). This occurs mainly in tropical forest ecosystems.

Ophiocordyceps does have a practical use, with experimental studies examining the potential use of metabolites as human immunomodulatory, anti-infective, and anticancer agents.

Ants of the tribe Camponotini, more generally known as carpenter ants, are very susceptible to fungal pathogens. The fungus ensures the ant survives until fungal spores can be released from a structure that protrudes from the ants’ head and neck.

For the release, the infected ants bite into a leaf. This lockjaw trait is known as the ‘death grip’ and it is essential in the fungus’s lifecycle.

The new fungus is similar to Ophiocordyceps ,  although there are some distinct developmental stages. To name the fungus, the researchers drew upon the Greek word ‘alloios’, which means ‘new’.

The observation of the fungus shows a large, orange, cup-shaped ascoma (a flask-shaped structure that let the spores out) emerging from rectum of the ant together with sacs where spores develop. This would enable fungal spores to be released.

The discovery has been reported to the journal Fungal Biology, in a research paper titled “Allocordyceps baltica gen. et sp. nov. (Hypocreales: Clavicipitaceae), an ancient fungal parasite of an ant in Baltic amber.”