BotRide has been developed by the mobility developer Via in partnership with Hyundai and Pony.ai. Pony.ai uses RADAR, LiDAR and cameras to keep track of all obstacles up to 200 meters from the cars.

On its launch, BotRide will officially mark the first on-demand ridesharing autonomous vehicle network operating on public roads in the U.S. The concept is that by using the BotRide app (available via both iOS and Android), customers can hail an autonomous Hyundai KONA Electric SUV directly from their smartphone. This is made possible using Via’s on-demand ridesharing technology. The app functions by directing customers to the closest stop for pick up and drop off, which avoids inconvenient fixed routes and schedules. 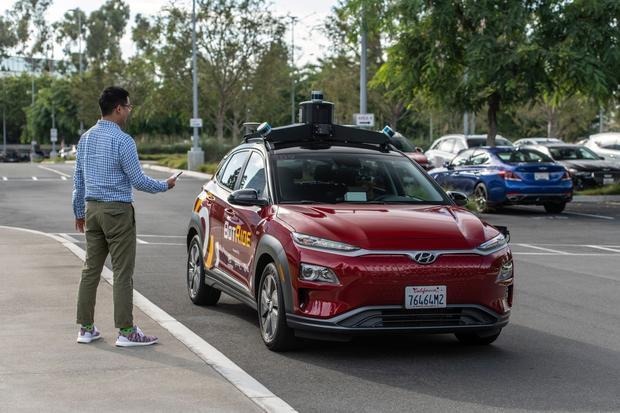 The concept is that as autonomous vehicles start to reach public roads, this type of technology is going to need to be shared in an effort to reduce both congestion and emissions.

Commenting ahead of the launch, Christopher Chang, head of business development, strategy and technology division, Hyundai Motor Company states: ““We are going to learn about ecosystems, where the vehicles travel and optimize the customer experience. BotRide, is another example of Hyundai’s ongoing efforts to actively build expertise in mobility technology as well as the company’s commitment to providing more user-friendly mobility services to customers.”

This marks Via’s second autonomous ridesharing deployment following the company’s pilot of BusBot in Australia (operating with city of Coffs Harbour, New South Wales). With this, customers can summon a vehicle via a smartphone app. That app responds by telling the user which nearby bus stop is closest for pickup. The shuttle subsequently arrives, allows them to get onboard, and then drops them off at their destination bus stop within Coffs Harbour Marina.

According to Via, the aim of the pilot is to “test the possibility for technology to revolutionise the way passenger transport services are designed and delivered in rural and regional communities.”