The IEEE Spectrum is reporting that the FCC says Swarm Technologies—a Silicon Valley communications startup launched four tiny Internet satellites into space back in January 2018 after being denied a license by the government agency.

Swarm Technologies was started by former Google and NASA JPL engineer Sara Spangelo in 2016. The company, being so new, is still in what is called “stealth-mode.” Basically, stealth mode is a company’s temporary state of secretiveness, usually undertaken to avoid alerting competitors to a pending product launch or other business initiatives.

According to what the IEEE has been able to put together, the startup’s original plan was to put several very small satellites, called SpaceBees — smaller even than 1U CubeSats, into orbit to test its experimental communications system. And they apparently applied to the FCC for a license, which is required. 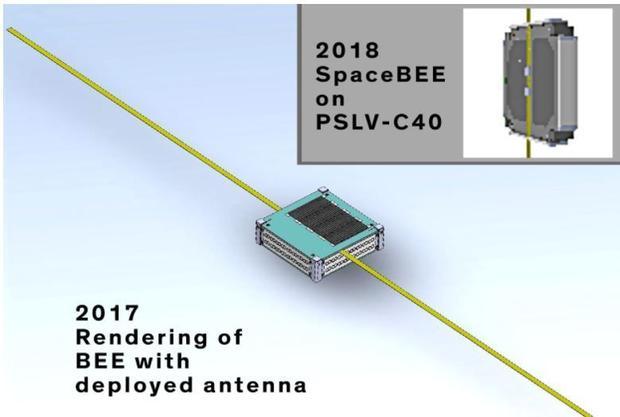 However, on December 12, 2017, the FCC sent a letter to Swarm Technologies denying the company’s application for its experimental satellites based on “safety” grounds. The FCC feared the four SpaceBees now orbiting the Earth would pose an unacceptable collision risk for other spacecraft. There was also the fact that existing monitoring technologies would not be able to track the tiny satellites.

The FCC regulates commercial satellites in the US and under some interpretations of the existing laws, has control over American-owned satellites launched by other countries. What should have been done was for Swarm Technologies to reapply for FCC licensees with a plan for larger satellites or some other means of improving the small ones’ visibility.

Here’s what happened in January
January 12, 2018, was a historic day for the Indian Space Agency (ISRO) when a PSLV-C40 launched ISRO’s 100th satellite along with 30 others in a single mission from Sriharikota. However, four of the 31 satellites probably shouldn’t have been packed in the cargo hold of the Polar Satellite Launch Vehicle (PSLV). 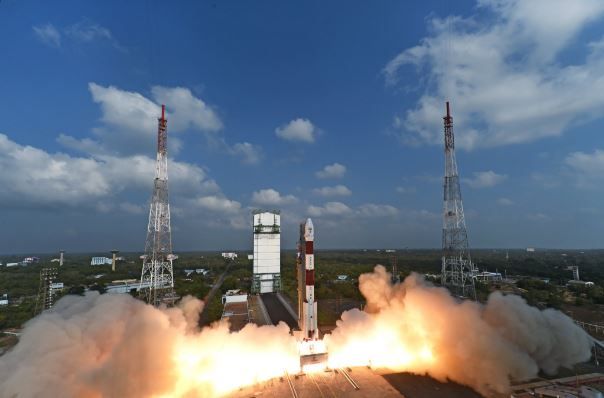 The PSLV-C40 launch was successful
ISRO

The cargo included the large Indian mapping satellite, along with dozens of secondary CubeSats from other countries that would travel with it. Seattle-based Planetary Resources supplied a spacecraft that will be testing prospecting tools for future asteroid miners, The Canadian company Telesat was launching a broadband communications satellite, while a British Earth-observation mission called Carbonite was also onboard.

However, prior to the launch, the ISRO described the four tiny “SpaceBees” as American owned “two-way satellite communications and data relay” devices, but with no operator identified. After the successful launch of the PSLV-C40 payload, only ISRO publicly noted that they successfully reached orbit the same day.

First ever unauthorized launch of commercial satellites
Last Wednesday, the FCC withdrew its approval for Swarm Technologies follow-up mission that was supposed to go up in April with an additional four satellites. On top of that, another mission involving two undisclosed Fortune 500 companies has now been put in doubt. 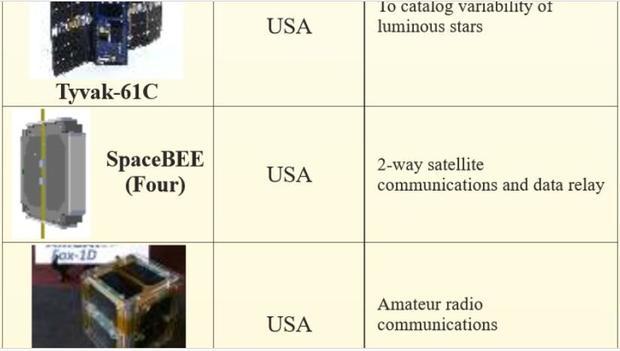 Portion of list from ISRO describes the satellites that were on board the Polar Satellite Launch Vehicle rocket.
ISRO

And as is expected, the FCC is doing a thorough investigation into the unauthorized launch back in January. As the Spectrum points out so clearly, “If Swarm cannot convince the FCC [on its qualifications to be a Commission licensee], the startup could lose permission to build its revolutionary network before the wider world even knows the company exists.”

Swarms miniature satellites, called BEEs, standing for Basic Electronic Elements, and two ground stations are only one-fourth the size of a standard CubeSat satellite, or about the size of a hardcover book. Marcus Holzinger, an aerospace professor at the Georgia Institute of Technology and expert on orbital safety said the big problem with the Bees is their minuscule size.

“As an object gets below 1U in size, it gets difficult to track, which means it’s harder to predict if there’s going to be a conjunction with another satellite. Anything that size impacting at orbital velocities can be catastrophic.” 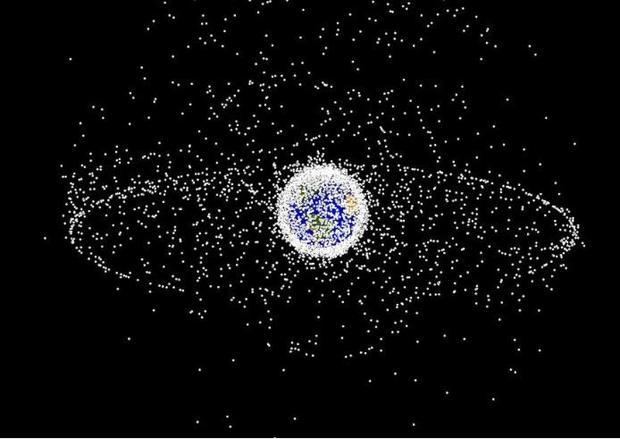 A computer-generated image of objects in Earth orbit that are currently being tracked. Approximately 95% of the objects in this illustration are orbital debris, i.e., not functional satellites.
NASA Orbital Debris Program Office

Could something like this happen again? That very question is now becoming even more important globally as more countries decide on launching their own satellites. “This emphasizes the limitations of the existing licensing process,” Jonathan McDowell, an astrophysicist at the Harvard-Smithsonian Center for Astrophysics and an expert on artificial satellites, told Gizmodo.

“Note that under some interpretations of existing law the US is the effective launching state for these satellites and so is responsible under international law for anything they do. This is because space law is all about the Launching State and doesn’t care much about individual companies. Traditionally even military space launches have been, with few exceptions, more transparent than this.”

And space is getting very crowded. This means that mission controllers and astronauts will now have to contend with four rogue satellites, no bigger than a book that could very well cause a disaster in space.