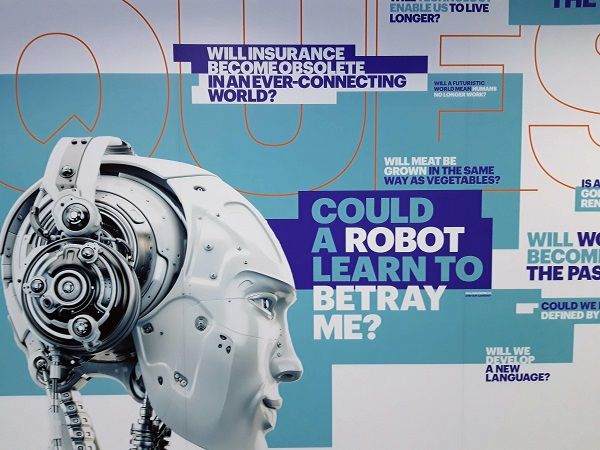 Soft robots can do things that humans, and more conventional robots, cannot do. One of the objectives behind soft robotics is to create machines that are adaptable and more animal-like in their capabilities. In the past year the developments in this area have become more advanced.

What is soft robotics?

Soft robotics concerns a rapidly developing scientific field where engineers are seeking to construct bendable machines for an array of applications. Examples include the medical world, as with laparoscopic surgery, to innovations in healthcare around prosthetics, and with disaster relief and space exploration. 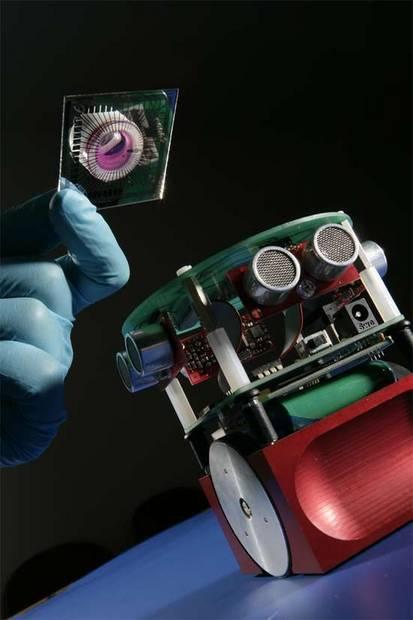 The processes tend to involve designing robots using compliant materials. In contrast, traditional robots are normally constructed from stiff materials such as steel, aluminum and ABS plastic. Sometimes hybrid materials are deployed, such as those featuring stiff metal and soft, porous rubber foam that combine stiffness when it is called for, and elasticity when a change of shape is required.

Often living organisms are used for inspiration and with many design concepts, research considers the way by which living organisms move and adapt according to their surroundings. Bio-inspiration can help to fashion robots that possess new sensing modalities. 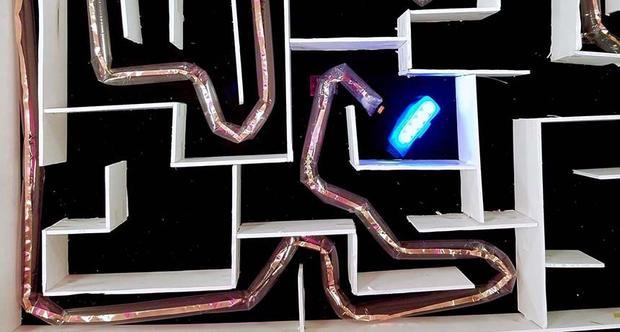 A new soft robot takes inspiration from natural growers. In the lab, researchers tasked it with navigating a maze, as well as other challenges.
E.W. Hawkes, L.H. Blumenschein, and J.D. Greer

In the video below, scientists have been inspired by the octopus to create robots that can twist their way around problems that rigid robots cannot handle:

In most cases, a soft robot is driven not by heavy motors (as with the traditional robot) but instead it is powered by soft artificial muscles. Perhaps a suitable analogy is a form of artificial octopus, where the energy store that a soft robot utilizes is powered by systems more closely resembling biological appendages or modes.

In the fist innovation, researchers have developed a soft tactile sensor that comes with skin-comparable characteristics. The device, which originates from City University of Hong Kong, is a type of robotic gripper, where the sensor is mounted at the fingertip. 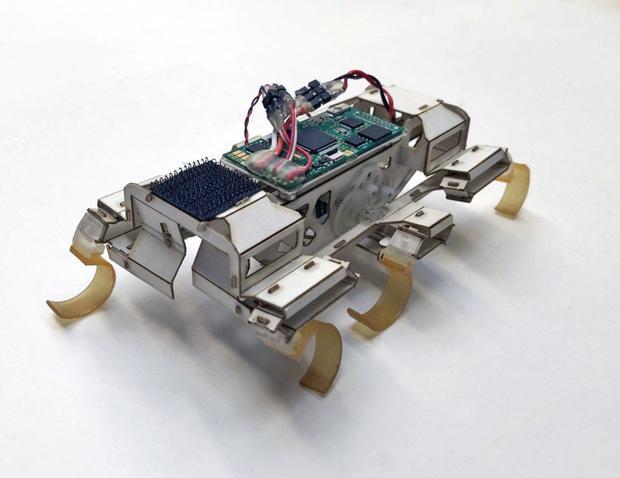 The objective was to design a robot could accomplish complex tasks, like grasping fragile objects while keeping them stable and for undertaking fine tasks like threading a needle. This could pave the way for advances in smart prosthetics as well as new forms of human-robot interactions. 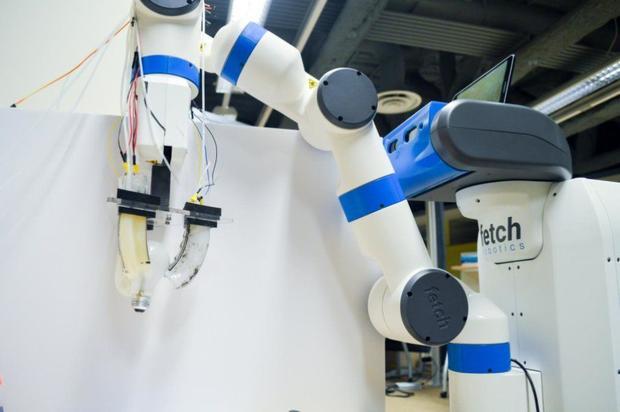 Researchers installed the soft robotic gripper on a Fetch Robotics robot in their lab.
University of California San Diego (Media)

The sensor is referred to as ‘skin like’ and the equivalent sensitivity is the product of a magnetised film of just 0.5 millimetre thickness thin across the top layer. As an external force is exerted on to the skin, the outer layer can detect the change of the magnetic field due to the film’s deformation. The sensitivity and measurement range of the skin is adjusted by altering the magnetisation direction of the top layer (the magnetic film). This means that different degrees of sensitivity can be obtained without recourse to alter the thickness of the sin later.

The research appears in the journal Science Robotics, in a paper titled “Soft magnetic skin for super-resolution tactile sensing with force self-decoupling.”

With the second example, developments have been occurring with rapid responses involving soft robots. Just as humans can rapidly respond to changes in their environment, similar actions in soft robots would be useful. However, such a task is not straightforward given that such feats require complex mechanics and sensors. 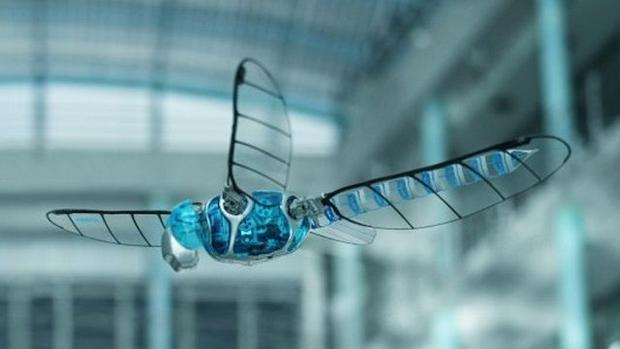 In a breakthrough, engineers have succeeded in printing liquid metal circuits onto a single piece of soft polymer. This innovation has created an intelligent material that can curls under pressure or mechanical strain. This material can provide the body shell for future-state soft robots.

This has been achieved by fusing a nickel-infused gallium-indium alloy onto liquid crystal elastomers, which are types of polymers that mover through large changes to their shape as they are heated or cooled.

The mechanism is outlined in the following video:

In trials, it was shown that in response to a current, the new soft material curled as the temperature was increased. This subsequently led to the formation of soft ‘intelligent’ grippers that can perceive and, in turn, respond to pressure or stretching applied to their circuits. The applications include soft robots to be designed for performing complex tasks or locomotion.

The research appears in the journal ACS Nano, in a paper titled “Magnetic Printing of Liquid Metal for Perceptive Soft Actuators with Embodied Intelligence.”

In the third innovation spotlight, scientists have constructed a robot that appears as a four-legged soft robot device and one that, remarkably, does not require any electronics to work. Instead, the robot requires a constant source of pressurized air in order to undertake its functions. This extends to the controls and locomotion systems. 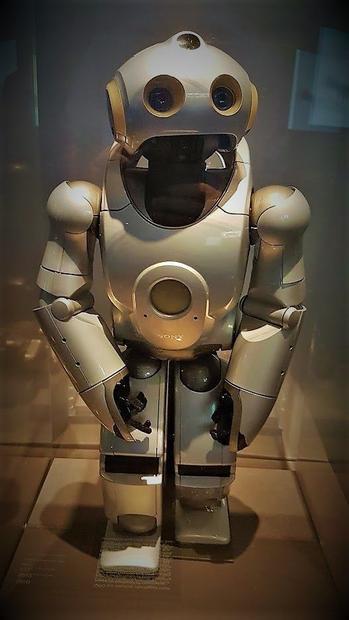 A robot called QRIO on display at the exhibition,. designed by Sony.
Tim Sandle

This University of California – San Diego robot is controlled by a light-weight, low-cost system of pneumatic circuits, made up of tubes and soft valves, onboard the robot itself.
The following video explains more about the development:

The research appears in the journal Science Robotics, where the per reviewed paper is headed “Electronics-free pneumatic circuits for controlling soft-legged robots.” 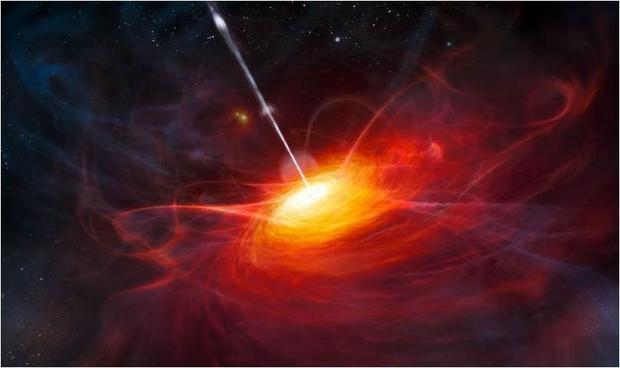 This artist’s impression shows how ULAS J1120+0641, a very distant quasar powered by a black hole with a mass two billion times that of the Sun, may have looked. This quasar is the most distant yet found and is seen as it was just 770 million years after the Big Bang. This object is by far the brightest object yet discovered in the early Universe.
ESO/M. Kornmesser

Last week, the subject was three recent research papers that explore the mysteries of black holes. Of particular interest are the ‘supermassive’ blackholes. These contain between a million and a billion times more mass than a typical stellar black hole. The only mechanism capable of producing such enormous amounts of energy is the conversion of gravitational energy into light by a massive black hole.

The week before we looked at autonomous cars and the latest developments with both autonomous car technology, such as LiDAR, and with electric powering systems.