There are strong indications that the novel betacoronavirus of concern, SARS-CoV-2, has mutated. Does this present cause for alarm in terms of increased rates of infection or increased severity? What does this mean for vaccin development? These important topics are explored in this edition of Essential Science.

Just as natural selection has shapes the evolution of humans (and all living things on Earth), natural selection alters viruses as well. Whilst viruses are not living (as they need a host cell in order to reproduce) they remain subject to evolutionary pressures.It also stands that RNA viruses, such as coronaviruses, are more prone to changes and mutations compared with DNA viruses.

One way of mutating is through mutations in the genes that relate to the viral surface proteins, what’s called antigenic drift. A different way that viruses mutate is through the genomes of different viruses recombining to form novel progeny.

While all viruses mutate, what is of interest here is the speed and form of the mutation. Here the speed of the mutation has enabled the virus to move relative rapidly around the globe. However, the same mutation may actually make the virus more susceptible to a vaccine. 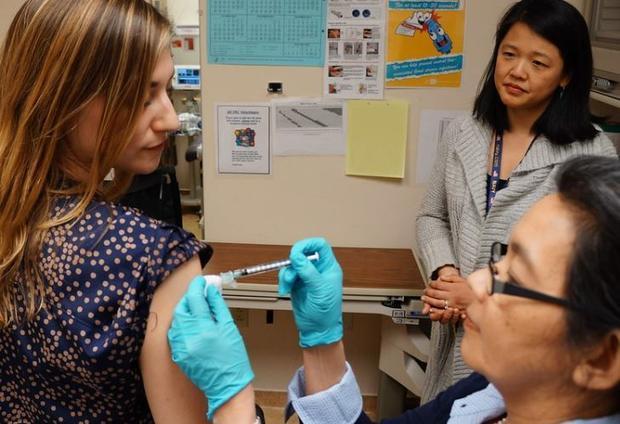 To date virologists have identified 14 strains of SARS-CoV-2. The findings are made widely available to the scientific community. There is one mutation of interest, which we’ll look at in a minute.

How do we know the virus has mutated?

The fact that mutations have occurred are shown through testing different samples, including library samples, focusing on the spikes that protrude from the virus (and which give the virus its ‘corona’).

The video below explains more about coronavirus mutations:

The most common strain of the virus is coded D614G. This strain emerged in Europe and became established as the most frequently isolated. Scientists working at the University of North Carolina have discovered that the D614G strain replicates faster, perhaps ten-times faster; and is more transmissible compared with the strain of the virus that originated in China.

The main point of replication is in the nasal epithelial cells. This perhaps explains why person-to-person transmission is so high.

While this strain moves through a population more quickly, it is not associated with more severe disease, as based on animal models.

What is the form of the mutation?

This strain has become the primary one because the spike protein’s ability to open cells for the virus to enter is the most effective. Specifically, it seems that the specific mutation with D614G enables a flap on the tip of one spike to pop open, which provides a faster and more effective route in to infect cells.

The D614G strain also appears to be more sensitive to neutralization by antibody drugs. As to why this is, if you’ll recall the point about there being one flap that opens on a spike so the virus can more easily enter human cells, this same mechanism also makes it easier for ]antibodies (which will provide the basis for vaccines) to get in an inactivate the virus. 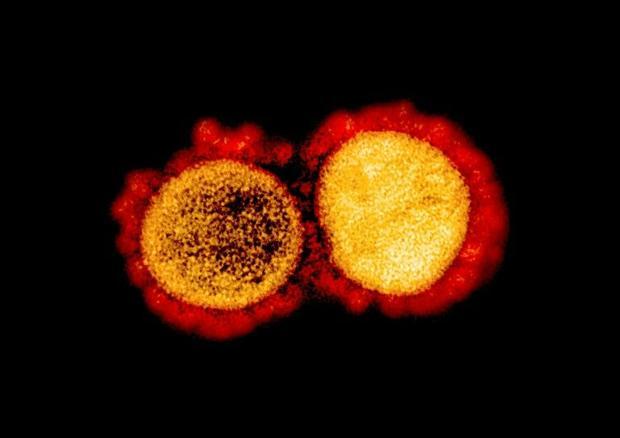 The rate of infectivity was shown using hamsters. A selection of animals were inoculated with a strain of the virus, and some were kept back and not infected. A day later, uninfected hamsters were placed into cages in close proximity to infected hamsters. The animals were too far apart to make physical contact, but air was allowed to circulate between the cages. The D614G strain and the original strain were tested, as separate studies.

For both experiments, scientists looked for signs of infection in the uninfected animals on day two. It was observed that both strains of the coronaviruses passed between animals, however the timings were different. 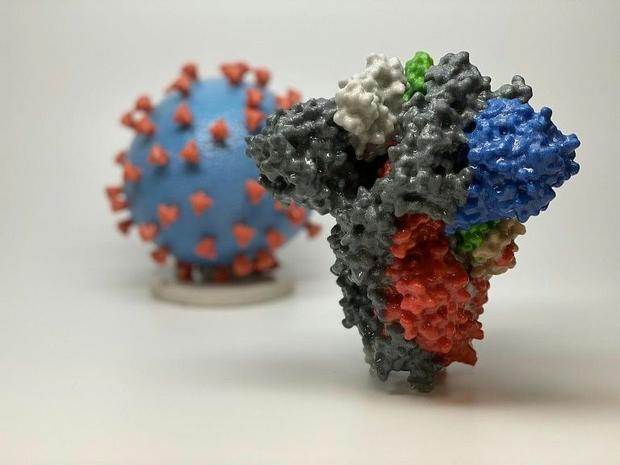 A 3D print of a spike protein of SARS-CoV-2, the virus that causes COVID-19 — in front of a 3D print of a SARS-CoV-2 virus particle
Handout, National Institutes of Health/AFP

In terms of the pathology of the two coronavirus strains, both sets of animals presented the same viral load and symptoms. The inference here is that although the mutant strain of the virus is more effective at infecting hosts, this does not lead to a more severe form of the COVID-19 illness.

What does the mean for vaccines?

In terms of vaccine development, the mutations with the virus do not appear to be significant. The slow and mild nature of the mutations is good news for a vaccine. 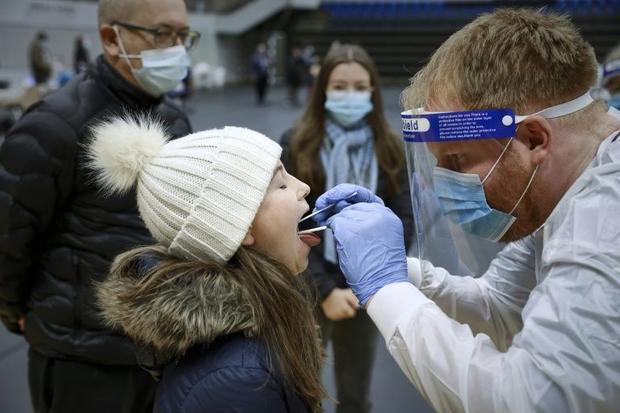 Mass testing is underway in parts of Jutland, Denmark fter a mutated version of the coronavirus linked to mink farms was found in humans
Claus Bjoern Larsen, Ritzau Scanpix/AFP

It also stands that mutation is one of the principal tools of virologists in developing attenuated live virus vaccines.

If you want to read more about the study, it’s available in the journal Science, where the research paper is titled “SARS-CoV-2 D614G variant exhibits efficient replication ex vivo and transmission in vivo.”

In a different take on how the virus is developing, another example is with the recently discovered mink SARS-CoV-2 cluster 5 variant in Denmark. 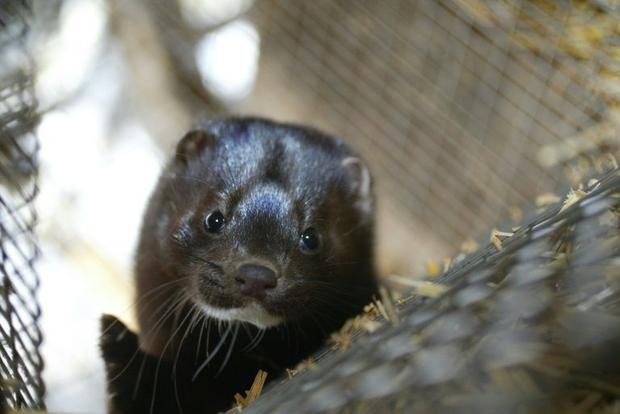 Mink farm workers in the south of the Netherlands were believed to have contracted the coronavirus from minks, which could be the “first known cases of animal-to-human transmission,” the World Health Organization had said
JEAN-PIERRE MULLER, AFP/File

Mink, like their close relatives, ferrets, are known to be susceptible to coronavirus, and like humans, they can show a range of symptoms. The mink in Denmark are kept in packed cages and close together – not the most humane way of keeping animals – and this would make aerosol transmission easy.

The European Centre for Disease Prevention and Control has issued new guidance to curb the spread of the virus between minks and humans, warning large numbers of animal infections risk the virus accumulating mutations more quickly and spreading back into the human population.

The mink associated strain appears to have moved from animals to humans and probably back again. The main mink-associated mutation has spread more widely in people. The mutation is called Y453F and it encodes an amino acid change in the spike protein. This mutation has been found in about 300 sequences from people in Denmark.

There’s no indication for alarm at this stage. The scientists studying the phenomenon say that mutations themselves are not especially concerning and there is little evidence the use mutations allow the virus to spread more easily among people, make it more deadly or will jeopardize therapeutics and vaccines. 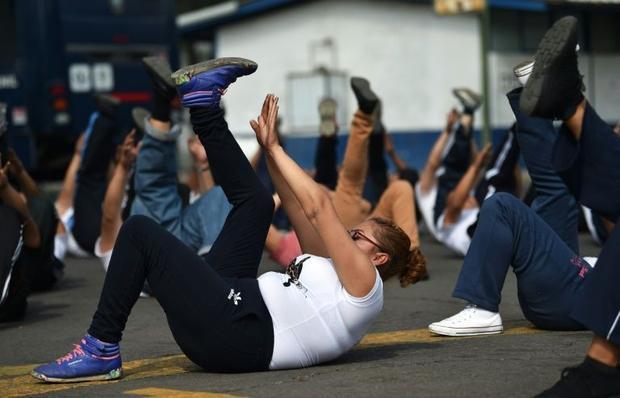 Last week the focus was with several new reports concerning obesity and ill-health effects. Included within these reports are on-going concerns about obese people and a greater chance of developing more severe COVID-19 symptoms

The week before, we focused on coronavirus, considering why scientists are concenred over the issue of why some people become sicker than others when infected with the coronavirus. The answers may lie in with vitamin D levels. 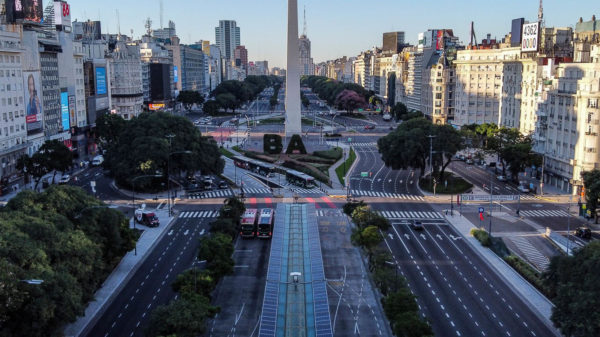 Argentina said it had reached an agreement with the Paris Club of creditor countries to avoid defaulting on a loan repayment.