There are an estimated 240 million people around the world suffering from the disease Schistosomiasis and there are some 250,000 deaths each year.

The parasites that cause the disease are found in types of freshwater snails (the species of snail varies). The primary risk is when the infectious form of the parasite (cercariae) emerge from the snail into the water (inside the snail the parasite multiplies hundreds of times). A person becomes infected when their skin comes in contact with contaminated freshwater, and the parasitic worm enters the skin through penetration.

The video below provides more information about the disease and its associated risks:

Transmission from person-to-person takes place when those suffering from schistosomiasis contaminate freshwater sources with their excreta. If the feces contain parasite eggs, these will hatch in water, leading to another cycle of infection.

Anatomy of the disease

The disease is caused by parasitic flatworms called schistosomes. The worst effects of the parasitic infection include debilitating illnesses like organ failure or cancer. The life-cyle of the disease is complex and it is hard to remove; this based on the ability of the parasite to change its form through different stages of the lifecycle.

The worms that cause schistosomiasis live in fresh water, such as:

Typically, the urinary tract or the intestines become infected.

The main symptoms are:

Why is the disease ‘neglected’?

Perhaps the simple reason why schistosomiasis is classed as a neglected disease is because it is not a disease associated with high-income countries. The disease mainly afflicts poorer communities in Africa, Asia, and South America. There are global efforts however, co-ordinated by the World Health Organization is promoting efforts. In addition, the process of urbanization, pollution, and the destruction of snail habitat is helping to lower exposure rates. These issues aside, more funding is needed if the disease is to be tackled with a view to eradication. 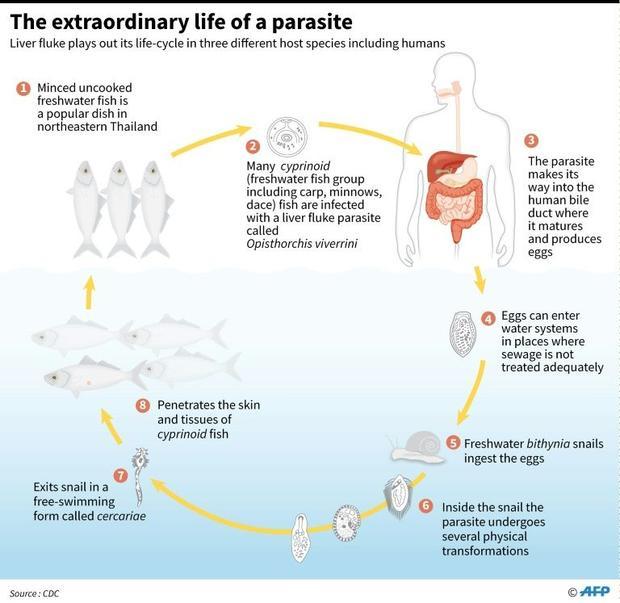 The extraordinarly life of a parasite
Laurence CHU, AFP

Two research studies present the possibility for new treatment options aimed at those infected with the parasite. 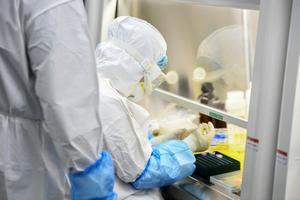 The first study is titled “A single-cell RNA-seq atlas of Schistosoma mansoni identifies a key regulator of blood feeding” (published in the journal Science). This study considers the developmental trajectory of the flatworm. Scientists have identified the gene required for gut development. If this gene is disrupted through RNA interference, this confers reduced pathology.

The scientists tested this out on infected mice, with encouraging results that might help to combat the neglected tropical disease.

The second study, also published in Science, is headed: “Large-scale RNAi screening uncovers therapeutic targets in the parasite Schistosoma mansoni.” In this piece of research, a potential way to eliminate the parasite as detected. Scientists found a gene required for gut development that, when knocked out through RNA interference, confers reduced pathology in an animal model.

By deactivating genes in sequence, the researchers succeeded in identifying 250 significant genes that are vital for survival. They also identified two essential protein kinases that might be targetable by drugs.

This article is the latest in Digital Journal’s Essential Science series. Each week we consider a topic of interest relating to each of the core fields in science, presenting an important subject in the form of a digestible read. 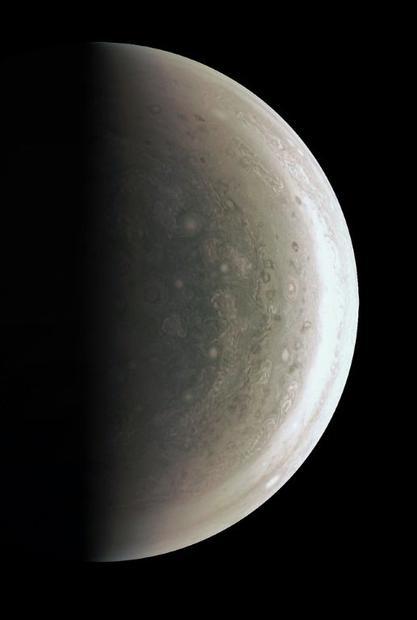 Last week we looked at the appearance of dazzlingly geometric storm patterns on Jupiter’s south pole. While these strange weather patterns have confounded scientists for decades, a newly proposed answer has been put forwards for the climatic mysteries of the super-sized planet.

The week before the topic for consideration was the antimicrobial properties of metals, which have been known about for thousands of years. These properties have recently been examined in relation to SARS-CoV-2. While the use of copper and silver have been commonplace as part of hospital infection control strategies, we asked can specific surfaces help tackle coronavirus? Interested in the answer? Click here.