The new test looks for the presence (or absence) of the malaria parasite in the blood. The test comes from a research project called “NanoFRET”, where the aim is come up with very sensitive and robust rapid diagnostic tests. This is based on the fact that the earlier that a patient can be diagnosed then the earlier in time treatment can start and the greater the chance there is of the treatment being successful. 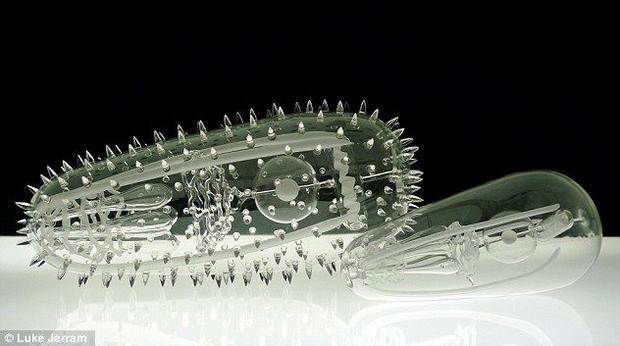 Glass representation of the parasite that causes malaria
Luke Jerram

The importance of such a test is reflected in World Health Organization figures which show there are some 429,000 malaria deaths each year, affecting tropical and subtropical regions. The continent with the greater number of cases and fatalities is Africa.

In related news, the world’s first vaccine against the parasitic disease malaria is currently tested in Kenya, Ghana and Malawi. This, as Digital Journal has reported, represents one of the biggest trials of a developmental drug.

Malaria, as we’ve previously discussed in our Essential Science column, is an infectious disease of animals (including humans). It is caused by parasitic microorganisms of the family Plasmodium. These parasites are transmitted through a bite from an infected mosquito into blood. Many of the parasites enter the liver and proceed to infect the organ’s building blocks. Here the parasites enter the blood stream, triggering symptoms of malaria like fever. Left untreated, the disease is fatal in most cases.

The need for early diagnosis

This means that an early diagnosis is important for administering the right type of therapy. Current methods for diagnosis require time and experienced medical professionals. In addition, a modern laboratory is needed. This obviously limits the ability to assess patients in remote areas or locales with limited infrastructure. 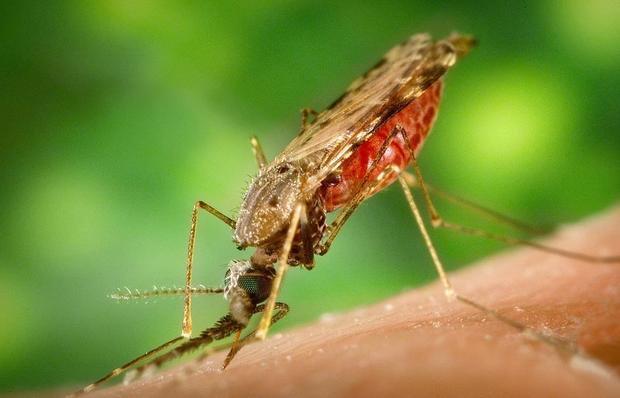 A female Anopheles albimanus mosquito is not only responsible for the spread of Malaria, but the Zika virus. The healthcare costs for these two diseases is astronomical, but was not included in the study.
James Gathany /CDC

The new test overcomes this. It is a whole blood rapid diagnostic test to the parasite, as Controlled Environments has reported. The basis of the test is that the parasite produces proteins which build-up in the blood. The test uses antibodies that can identify proteins from the malaria parasite. For this to work, the antibodies coupled to novel fluorescent nanoparticles.

The detection is based on a novel method called time-resolved fluorescence resonance energy transfer in combination with the antibodies and the nanoparticles. The major challenge in the development was adapting the fluorescent properties of the nanoparticles so that the auto-fluorescence of blood did not alter the result, leading to false positive results. This part of the test remains under development. New trials are to take place using patients with malaria and a non-infected group of people, who will act as a control group.

The expected outcome is a robust method; this will evaluate sensitivity, specificity, and practicability under real life conditions. The results are expected in 2019.

This article is part of Digital Journal’s regular Essential Science columns. Each week Tim Sandle explores a topical and important scientific issue. Last week we helped to break the news about the first ever gene treatment of a child to address terrible skin damage. This pioneering technoque has been undertaken using transplants developed from genetically modified stem cells. The treatment was a novel form of gene therapy.

The week before we examined a type of ‘smart’ paper. The paper is capable to detecting leaks by sensing the presence of water — thanks to the paper’s conduction of electricity.