The technology isn’t quite like the ability of a Kyrptonian to shoot laser beams out of his or her eyes, but it is interesting nonetheless and of importance. The development from the University of St Andrews has varied applications, including security, biophotonics, and photomedicine. 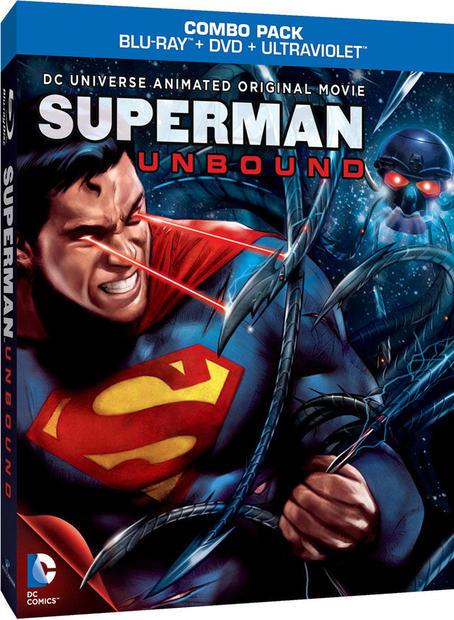 The research demonstrates that the specially developed membranes are compatible with the human eye and do not pose any safety risks. The development considered the optimal weight and thickness, together with the appropriate mechanical flexibility, for a person to wear. These physical factors make the laser generating membrane suitable for use as a contact lens or to be fitted into various objects, such as a banknote as part for fraud protection.

Organic semiconductor lasers are a relatively new member of the laser family. The first laser using a conjugated polymer as the gain medium was reported in the 1990s, but development progress has been slow.

Speaking with Controlled Environments magazine, one of the lead researchers, Professor Malte Gather explains the background to the concept, drawing upon ancient history as a source of inspiration: “In ancient Greece, Plato believed that visual perception is mediated by ‘eye beams’ — beams actively sent out by the eyes to probe the environment.”

The researcher adds further: “Plato’s emission theory has of course long been refuted, but superheroes with lasers in their eyes live on in popular culture and comic books. Our work represents a new milestone in laser development and, in particular, points the way to how lasers can be used in inherently soft and ductile environments.” 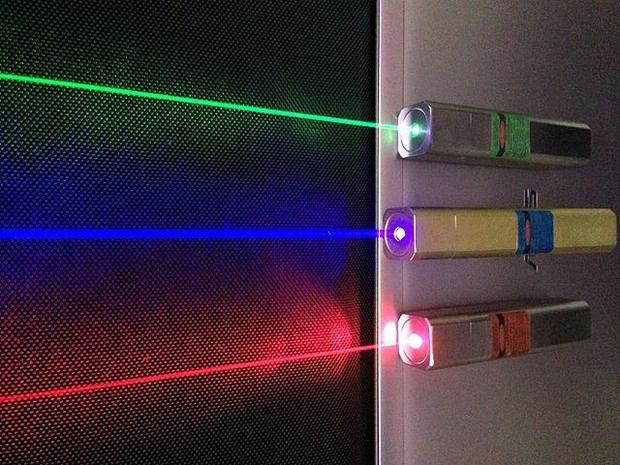 By such environments the researcher if referring to wearable sensors; security tags; or the authentication addition to bank notes. Most organic semiconductor lasers, however, have remained rigid until now, so to be suitable for these applications it was especially important that the lasers were flexible and mechanically robust, and that when moved or manipulated the optical properties were not adversely affected. This assessment was run over several months so that the robustness could be demonstrated.

This flexibility was achieved by adjusting the material and making variations to the grating structures of the laser. Moreover, such manipulations allow the laser emission to be fine-tuned so that it can display a certain series of sharp lines across a flat background. This application is especially useful for counting the ones and zeros that constitute a digital barcode.

In terms of the technology the researchers succeeded in floating a thin plastic film off a suitable substrate. This led to one of the smallest and lightest lasers yet built. This also opens up a new field called flexible organic optoelectronics. Future uses extend into displays, photovoltaics, and wearable sensors, once the technology becomes commercialized.

The laser development has been described in the journal Nature Communications. The research paper is titled “Flexible and ultra-lightweight polymer membrane lasers.” 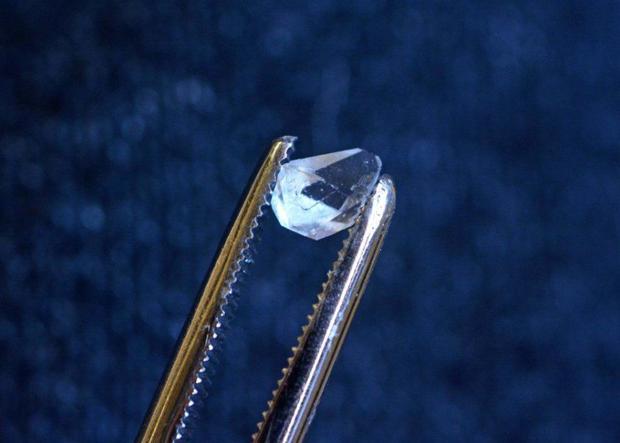 Yale physicists looked for a signature of a discrete time crystal within a crystal of monoammonium phosphate.
Michael Marsland/Yale University

This article is part of Digital Journal’s regular Essential Science columns. Each week Tim Sandle explores a topical and important scientific issue. Last week we reported how scientists have uncovered hints of a time crystal. This is a a crystalline form of matter that ‘ticks’ when exposed to an electromagnetic pulse. The location of the discovery is almost as unusual as the discovery itself.

The week before, we focused on on how artificial intelligence is bringing new tools to astronomy, in terms of machine intelligence being deployed to detect and recognizes interstellar objects. The most sophisticated form is a ‘face recognition’ for galaxies.