The control of fire by early humans was a cultural turning point in our evolution, allowing us to cook and stay warm. A campfire also gave early man a modicum of protection while bringing people closer together.

But fire may have also unleashed one of the worst pathogens the world has ever known, tuberculosis. Gizmodo says this is the hypothesis of mathematical biologist Mark Tanaka from the University of New South Wales. He suggests the early control of fire by humans created perfect conditions for tuberculosis to mutate from a harmless soil bacterium into a killer.

In a paper published in the Proceedings of the National Academy of Sciences, Tanaka and his team describe how they came up with their theory and then tested it using mathematical modeling in collaboration with evolutionary genetics, epidemiology, and paleontology. 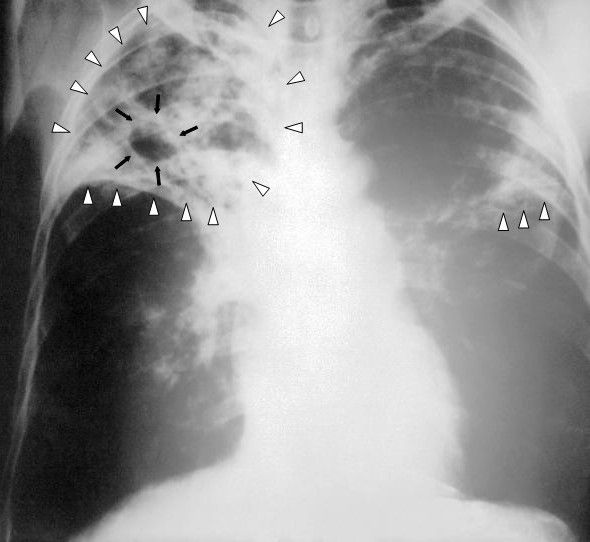 The rise of Tuberculosis
Archaeological and molecular evidence indicates that tuberculosis arose in Africa, first in humans and then in animals. There is some controversy as to exactly when this happened, with some scientists suggesting it was only 6,000 years ago, while others think it was more than 70,000 years ago.

One thing scientists are more certain of is that tuberculosis (TB) is one of the few bacterial infections that started in humans rather than in other animals. And, as the researchers note, TB kills more people than any other type of bacterial infection. But how it got started has remained a mystery.

The new research suggests TB may have evolved from an innocuous soil bacteria that when given the perfect conditions, mutated. Tanaka says that sitting close around an open fire and breathing in the smoke would have eventually created lung damage.

And we know that smoke from fires does tend to damage lungs, in turn, weakening the immune system. Any microbe that made its way into the lungs, via smoke or dust being inhaled, would find a nice, warm, moist home. Irritants in the lungs also cause coughing, a perfect way to spread a disease. And because a controlled fire increased human contact, this could have allowed the bacteria to become transmissible.

Taken together, these conditions could have allowed a common soil microbe to evolve into Mycobacterium tuberculosis. But the research team had to test their theory. They had to show how cultural innovation and alteration of living conditions can be the catalysts in the creation of the TB bacterium.

“You get multiple sporadic cases, and most of them fail in the sense that they fail to evolve and so there are multiple failed chains of transmission, but eventually the right mutations come along and the whole thing is triggered,” Tanaka told reporters.

Using mathematical modeling the team was able to prove that a common soil bacteria would be very unlikely to mutate into a transmissible disease all by itself. But when they added the control of fire and the change in social interactions, the odds increased dramatically of a bacteria becoming transmissible.

This fascinating study, “Controlled fire use in early humans might have triggered the evolutionary emergence of tuberculosis,” was published in the journal Proceedings of the National Academy of Sciences, on July 25, 2016.

In this article:discovery of fire, humans and animals, lung damage, Smoke, tuberculosis