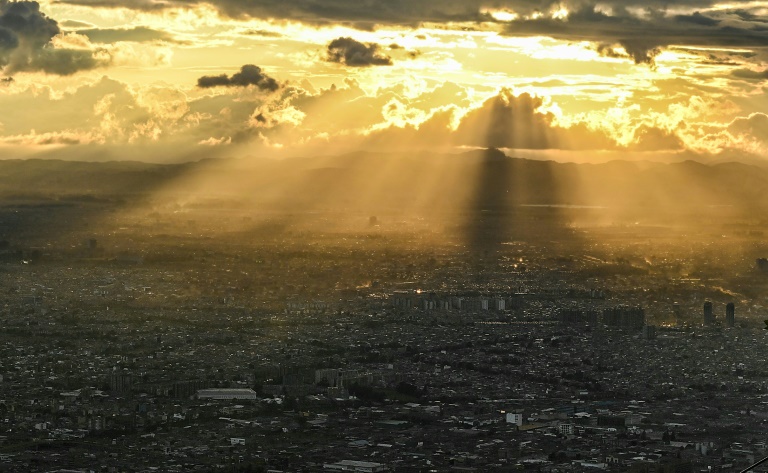 Planetary-scale engineering schemes designed to cool Earth’s surface and lessen the impact of global heating are potentially dangerous and should be blocked by governments, more than 60 policy experts and scientists said on Monday.

Even if injecting billions of sulphur particles into the middle atmosphere — the most hotly debated plan for so-called solar radiation modification (SRM) — turned back a critical fraction of the Sun’s rays as intended, the consequences could outweigh any benefits, they argued in an open letter.

“Solar geoengineering deployment cannot be governed globally in a fair, inclusive and effective manner,” said the letter, supported by a commentary in the journal WIREs Climate Change.

“We therefore call for immediate political action from governments, the United Nations and other actors to prevent the normalisation of solar geoengineering as a climate policy option.”

An increase of 1.1 degrees Celsius above mid-19th century levels has already boosted the intensity, frequency and duration of deadly heat waves, droughts and megastorms.

The world’s nations have committed to capping the rise in Earth’s surface temperature to 1.5C above mid-19th century levels, but UN-backed scientists have said that threshold will be breached, possibly within a decade.

The failure to reduce the greenhouse gas emissions that drive global heating has led some policy makers to embrace solar geoengineering — widely dismissed not long ago as more science fiction than science — in order to buy time for a more durable solution.

It has long been known that injecting a large quantity of reflective particles into the upper atmosphere could cool the planet.

Nature sometimes does the same: debris from the 1991 eruption of Mount Pinatubo in the Philippines lowered Earth’s average surface temperature for more than a year.

But the open letter said there are several reasons to reject such a course of action.

Artificially dimming the Sun’s radiative force is likely to disrupt monsoon rains in South Asia and western Africa, and could ravage the rain-fed crops upon which hundreds of millions depend for nourishment, several studies have shown.

“Stratospheric sulfate injection weakens the African and Asian summer monsoons and causes drying in the Amazon,” the Intergovernmental Panel on Climate Change (IPCC) said in its most recent scientific assessment.

Other regions, however, could benefit: a study last year concluded that SRM could sharply curtail the risk of drought in southern Africa.

Scientists also worry about so-called termination shock if seeding the atmosphere with Sun-blocking particles were to suddenly stop.

If SRM “were terminated for any reason, there is high confidence that surface temperatures would increase rapidly,” the IPCC said.

In addition, the technology would do nothing to stop the continuing buildup of atmospheric CO2, which is literally changing the chemistry of the ocean.

The open letter also cautions that raising hopes about a quick fix for climate “can disincentivise governments, businesses and societies to do their upmost to achieve decarbonisation or carbon neutrality as soon as possible”.

Finally, there is currently no global governance system to monitor or implement solar geoengineering schemes, which could be set in motion today by a single country, or even a billionaire with rockets.

The open letter calls for an “international non-use agreement” that would block national funding, bad outdoor experiments and refuse to grant patent rights for SRM technologies.

Such an agreement “would not prohibit atmospheric or climate research as such,” the letter said.