Data growth cannot go on forever and there will reach a point when saturation is reached,in that we will no longer be able to power the computers necessary to generate and to hold all of the data generated, in that infinite computer space will require an infinite quantity of energy to power it. This is according to research from the University of Portsmouth, U.K.

What happens after this is open to conjecture. Maybe a new source of energy will be found or a new mechanism for compressing and storing data will be developed. Or perhaps humanity will have extended into the Solar System and bases will be established on potentially habitable rocks, like Mars or Titan.

But if nothing changes, saturation point is looming, just 225 years away based on new estimates (as things stand, 90 percent of the world’s data today has been created in the last 10 years alone). This occurs as we exploit the resources needed to power ever-increasing computer farms of an ever growing size to process digital information, humanity will reach a point of full saturation.This can be defined as a point in time where the digital bits produced will outnumber the totality of atoms on Earth. 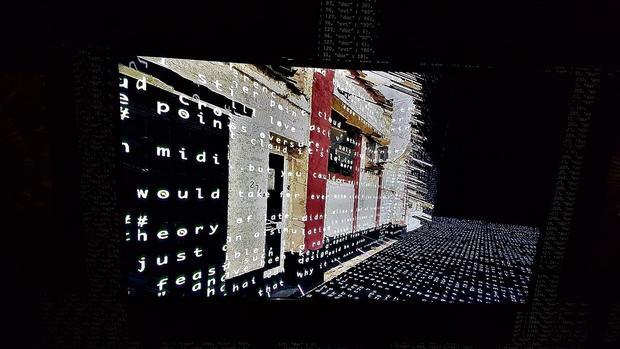 To illustrate this, people are producing 10 to the power of 21 digital bits of information annually on Earth (that is 10 followed by 21 zeros). This is the current “infosphere” and symbolic of the digital information society. The annual growth rate is around 20 percent. Assuming this continues, the number of bits produced will eventually exceed the number of all atoms on Earth, assessed as 10 to the power of 50. By this stage digital data could be regarded as a fifth state of matter.

Long before this number is reached, processing and storing this quantity of digital data will required 18.5 multiplied by 10 to the power of 15 Watts.This is the total planetary power consumption needed for 2020. 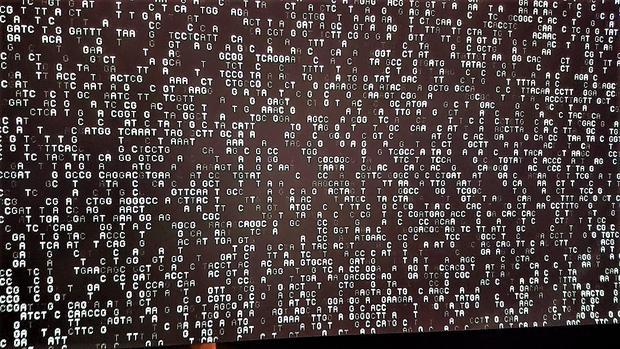 Image of data (based on the letter sequence of DNA), from the Barbican Centre, London.
Tim Sandle

After this, the generated digital content will represent more than half Earth’s mass.Based on what physicists call the mass-energy–information equivalence principle, everything will then topple over.

Not only is this a point of saturation in terms of storage and power, it will also reflect a fundamentally different environment: A world that is primarily computer simulated and dominated by digital bits together with computer code.

The research is published in the journal AIP Advances, where the speculative research paper is titled “The information catastrophe.”