The ‘lean’ laboratory is one of the buzz phrases in terms of the management of quality control functions inside many healthcare and pharmaceutical facilities. The “lean labs” approach “focuses on cost control, improving sample throughput, and reviewing whether each sample tested adds value or produces meaningful information.” One example of how this might be realized is through the application of digital, automated colony counters.

Many pharmaceutical companies have successfully implemented automatic colony counters, such as Evans Vanodine, which ran a successful study with technology company Symbiosis. A second successful example of implementation was at the Murdoch Childrens Research Institute. With the latter case, the laboratory commented digitalization had addressed “errors introduced during the manual counting process and recording of information” as well as leading to a “significant reduction in time taken to analyze colony counting data.”

Colony counting is the mainstay of many microbiology laboratories. Microbial culture media in the form of semi-solid agar is used to grow up microbial colonies of enumeration. Many microbiological techniques rely on accurate determination of colony forming units (CFUs). For many large laboratories hundreds to thousands of plates require counting each day, after incubation. This is not only repetitious (and arguably a waste of time for employed graduate scientists) it can lead to errors and thus problems of data integrity. In low count assays minor counting errors will have significant effects. A second type of error is when numbers of CFUs on a plate can lead to false results due to overcrowding of bacteria. 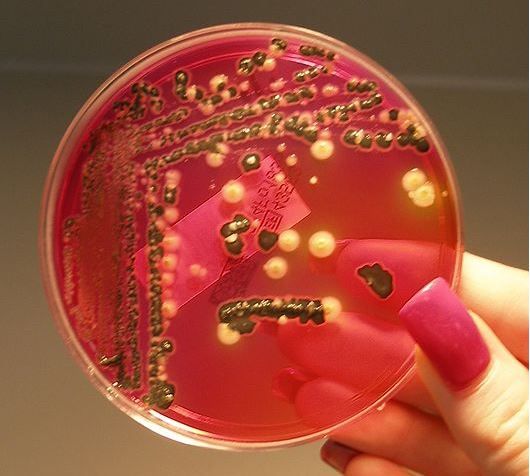 The colony counting process can, however, be automated with digital capture and counting of colonies and there are several big players in this emerging market. Examples include bioMerieux’s EasyCount 2 – EC2 and the ProtoCOL automated counter series. In addition, there is the Whitley aCOLyte (Synbiosis, Cambridge, UK) and the AID BacSpot (AID, Strassberg, Germany).

Standardized and accurate results. Accuracy is important since colony counting can be affected by numerous parameters related to the physical properties of the colony: size, shape, contrast, and overlapping colonies. To achieve this requires automatic colony separation (for when colonies are positioned close to each other).
Ability to count colonies within appropriate parameters (such down to 50 microns and measure zones accurately to 0.5 millimeters, within detection limits of 0.1 millimeters).
Ability to visualize white light and fluorescent colonies.
The ability to count the entire plate or sectors of the plate.
Results obtained within one second per plate.
The display of real-time full-color on-screen images.
Zoom function for looking at smaller colonies.
Software to allow for data collection and analysis. Data should ideally be transferrable to a Laboratory Information Management System (LIMS). 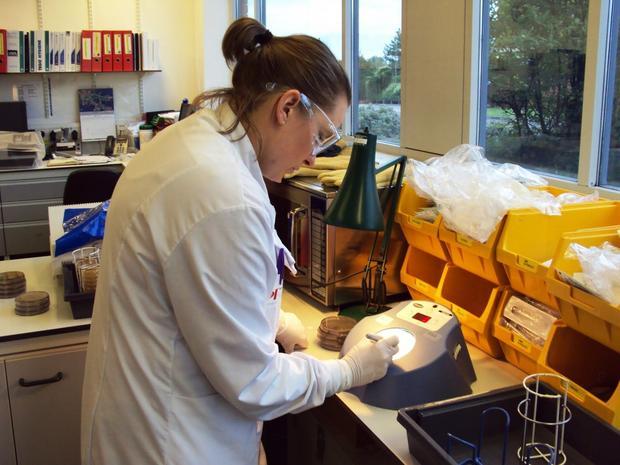 The essential elements of automated, digital colony counters include a circular dark field illuminator and a camera with a resolution of 3.3 megapixels or higher (many systems have cameras of higher quality); software with appropriate algorithms; an automated plate holder (with a toolbox to enable communication between the software and the image analyzer). With the software algorithm many work on the basis of A Bayes classifier. This is a simple probabilistic classifier used to study the geometric properties such as ratio between major and minor axis of the group are used to verify the number of colonies contained in the group. 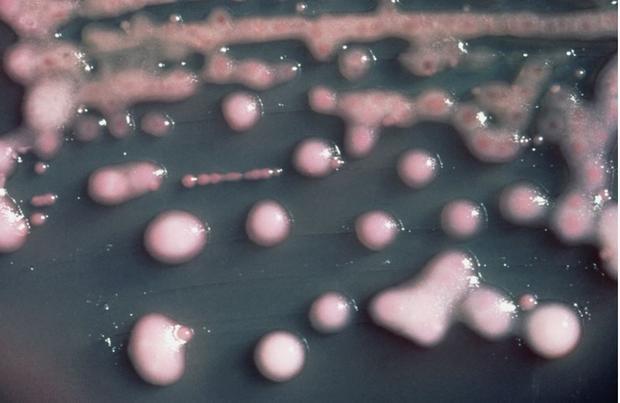 Weaknesses can occur where there are mixed colonies or, due to inhomogeneity of the agar thickness, discrimination is not possible for all areas of the plate. A further weakness is where confluent growth occurs. The light also needs to be right. These issues can be overcomes as a paper by Brugger and colleagues demonstrates. The researchers found that white light dark field illumination works well but a blue dark field illumination gave the best discrimination of all (“Automated Counting of Bacterial Colony Forming Units on Agar Plates”, published in PLoS One).