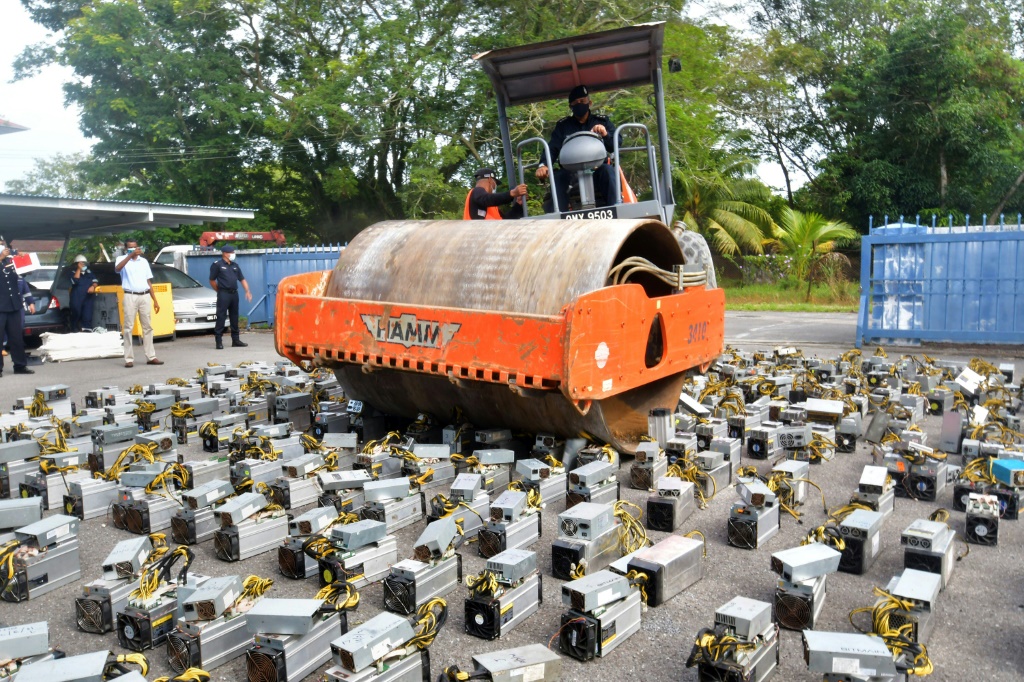 Malaysian police hit on a novel way to dispose of more than 1,000 bitcoin-mining machines seized in raids — they crushed the devices using a steamroller.

Authorities on Borneo island discovered the machines, worth an estimated 5.3 million ringgit ($1.25 million), in crackdowns between February and April.

Eight people were arrested for allegedly stealing the equivalent of $2 million worth of electricity to power the energy-hungry computers, according to police. 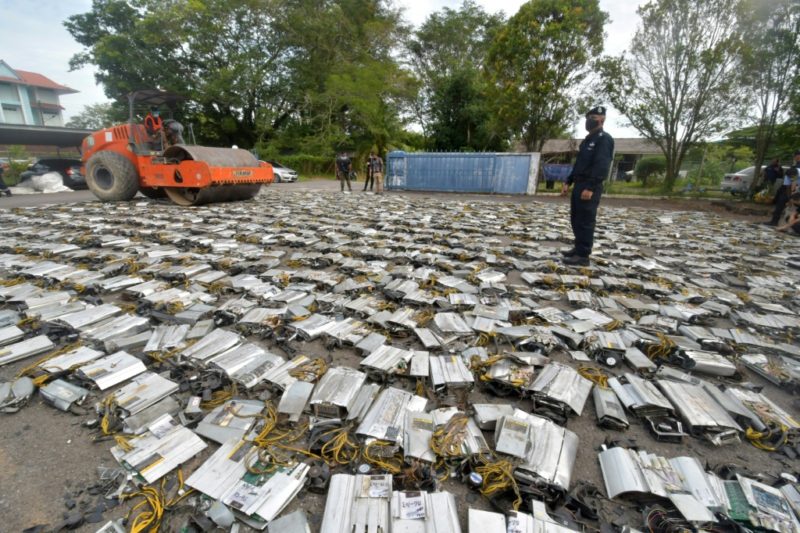 “The crypto-miners stole electricity,” said Hakemal Hawari, a senior police official in the city of Miri, where the devices were seized.

“Their actions are dangerous for life and property, as they can cause power outages.”

The 1,069 mining machines were laid out in a car park of a police station in Miri last week and crushed with a steamroller.

Six of those arrested were convicted of stealing electricity, jailed for six months and fined. 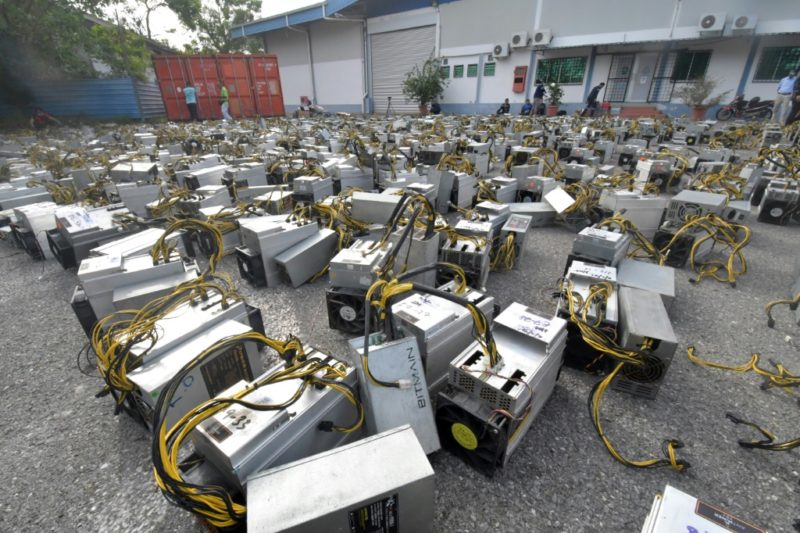 The process typically involves large numbers of sophisticated computers that form a specially designed “rig” that runs the complex calculations required to maintain a cryptocurrency network.

Bitcoin mining is common in the Southeast Asian nation, and there are regular reports of police arresting crypto-miners and seizing their rigs. While energy-hungry, the process can be lucrative with each bitcoin currently worth more than $32,000.

In this article:bitcoins, cryptocurrencies, Malaysian Police 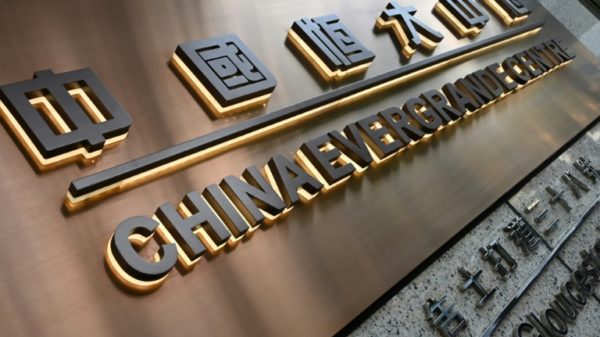