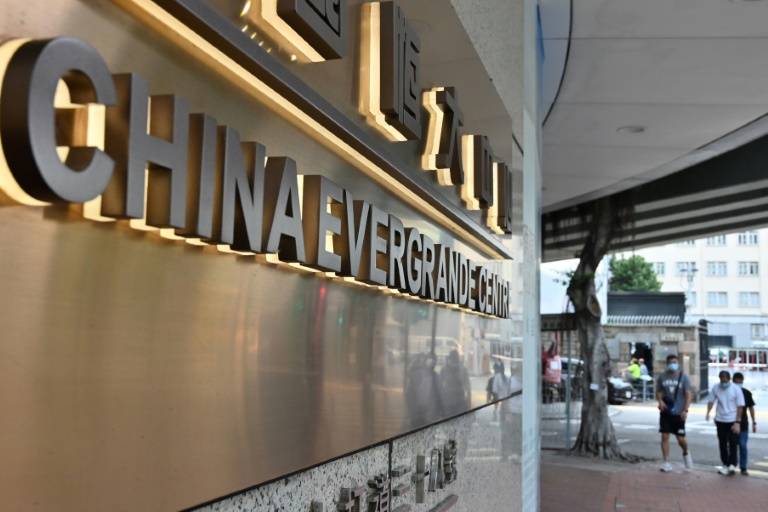 The collapse of China Evergrande’s planned $2.5 billion sale of a property services unit has left the troubled company closer than ever to its end, ramping up fears it will soon go under and send shockwaves through the Chinese economy.

For months, speculation about the company’s future has been swirling as a clampdown on the sprawling real estate sector by Beijing — aimed at curbing excessive borrowing — essentially cut it off from debt markets, unable to finish hundreds of building projects and unlikely to pay lenders.

The end of talks to offload Evergrande Property Services marked the latest failure to sell assets to pay for a years-long buying spree that saw it snap up everything from a football club to a bottled water company and amusement parks.

The sale of a $1.5 billion stake in a regional Chinese bank in September represented a rare success.

Warnings that its failure could cause a “Lehman moment” — in reference to the Wall Street titan whose collapse prompted global markets panic during the global financial crisis — have been largely dismissed, with China’s central bank at the weekend saying the fallout could be contained.

But with the property sector making up a substantial part of the world’s number two economy — with some estimates putting it at about a quarter — there is still a great deal of angst about the crisis.

Founder Xu Jiayin’s gargantuan borrowing has left the firm in the hole for more than $300 billion and it is having trouble paying that back.

The debt pile became a major issue last year when the government began to unveil a series of measures to rein in developers’ borrowing.

With no access to cash, Shenzhen-based Evergrande has missed several payments on dollar-denominated bonds and while they had 30-day grace periods, the first of them finishes on Saturday night.

The firm on Wednesday warned “there is no guarantee that the group will be able to meet its financial obligations”.

Meanwhile, the broader Chinese property sector has come under pressure, with new-home prices falling for the first time in six years in September, while the real estate and construction industries shrank in the third quarter and dragged on broader economic growth.

And the crisis has spread to other companies, with Hong Kong-listed Sinic Holdings and mid-sized competitor Fantasia also failing to meet obligations in recent weeks.

This is unprecedented ground, but the general consensus is that Saturday’s deadline for the offshore bond will pass with little fuss.

Lawyers told AFP the next step will likely be creditors filing to get the money they are owed — which could take a few days and which is likely to be in the jurisdiction where the debt is.

Meanwhile, sources have indicated that the government is trying to centralise all Evergrande lawsuits under the Guangzhou court and that judicial process could also create some delay.

Government focus will be on reducing impact on small investors — its main concern — while leaving the larger investors and those abroad to take a bigger hit.

Focus is also on Beijing. But for the central bank’s reassurances over the weekend, top officials have been mostly silent since the crisis began to unfold.

Top officials including Vice Premier Liu He and a central bank deputy governor told a forum Wednesday that risks in the real estate market are controllable and financing in the property sector is becoming normal, in a bid to shore up sentiment.

The “best-case scenario” is that authorities prevent Evergrande from declaring bankruptcy, reassure creditors that they will recoup some of their money, and avert greater social unrest, said Larry Ong from SinoInsider.

A potential restructuring could also take place, in which local authorities assume control of parts of Evergrande while corporate investment divisions are allowed to go out of business.

Kelvin Wong of CMC Markets said state organs could opt for a “quiet rescue” to avert a catastrophic collapse without signalling to other property firms that Beijing will step in if they fail.

Notably, Evergrande has hired experts including Houlihan Lokey — which advised on the restructuring of Lehman Brothers after its collapse.