At this time, though, near-average sea surface temperatures (SSTs) are prevalent across the central equatorial Pacific, indicating ENSO Neutral conditions, but SSTs are above normal in the eastern Pacific, according to the U.S. Climate Prediction Center on Thursday.

This forecast is in line with findings made by the Japan Meteorological Agency (JMA) and Australia’s Bureau of Meteorology (BoM). The JMA is predicting a 40 percent chance of a return to El Niño conditions by the end of summer. 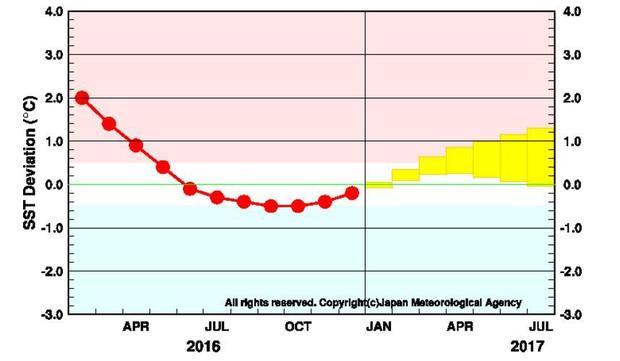 Red dots indicate observed values, and boxes indicate predictions. Each box denotes the range where the value will be included with the probability of 70%.

Scientists at the Bureau of Meteorology in Australia surveyed eight international climate models and found seven of them indicate steady warming in the central tropical Pacific Ocean over the next six months. Six models suggest El Niño thresholds may be reached by July 2017.

As a result, the Bureau’s ENSO Outlook status has been upgraded to El Niño WATCH, meaning the likelihood of El Niño in 2017 is approximately 50 percent. BoM manager of climate prediction services, Dr. Andrew Watkins told the Guardian, “We have been seeing a fairly steady warming up of those waters [in the tropical Pacific Ocean] since the start of the year.” 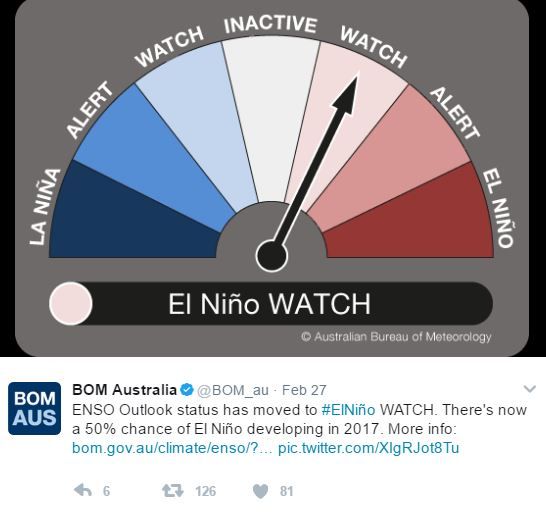 Hurricane season in the United States may be calm
Basically, with models from three different yet well-respected meteorological agencies predicting a 40 to 50 percent chance of El Niño conditions returning toward the second half of 2017, how will this weather pattern affect the U.S. hurricane season?

It would be unusual for the El Niño climate pattern to arrive in full force this year, especially after its monstrous impact in 2015-2016. But it is possible, and if it does make a hasty return, it would mean a less active hurricane system in Florida.

“From a hurricane perspective, it’s hugely important,” said Phil Klotzbach, a hurricane researcher at Colorado State University’s Department of Atmospheric Science, according to the Palm Beach Post. “If we do get a moderate to strong El Niño, hurricane season will be pretty quiet.” 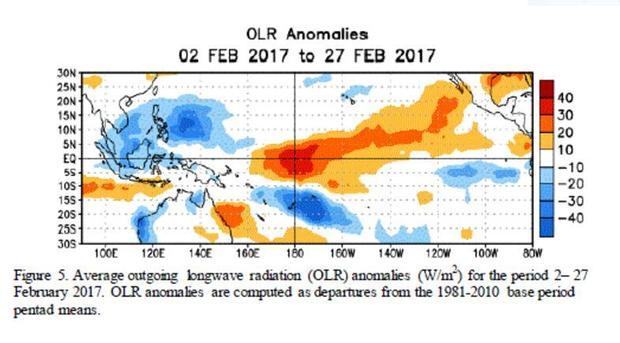 But Klotzbach remains cautious, saying that it’s too early to get overly excited about El Niño – And perhaps, it is early yet. But the information is certainly worth watching as more data comes in over the next few months. Bill Patzert, a climatologist with NASA’s Jet Propulsion Laboratory points out that the Pacific Decadal Oscillation or PDO may be a factor in the increase in SSTs.

The PDO is a sometimes decades-long period where the Pacific Ocean is either in a warming phase or cooling phase. “Don’t cash in your 401(k) just yet and bet on El Niño,” he said. “The models can be notoriously bad this time of year.”