WinBeta reports that the city had calculated that it would be able to save over €10m by making the switch to Windows. It threw out Windows NT and Microsoft Office 97 and 2000 to switch 15,000 staff members to a customised “Limux” version of the Linux operating system Kubuntu.
Open-source, free software is used, including OpenOffice for document work, Mozilla Firefox for web browsing, Mozilla Thunderbird for email and Gimp for image editing. The Limux OS is reminiscent of old versions of Windows and features a basic taskbar and desktop. It is now very out of date and in need of replacement though.
The mayor has already started an investigation into what the most cost-effective system would be today. Two senior IT administrators have urged a return to Microsoft Windows with Office 365 though, saying that the Linux-based Limux is “of very limited use”.
Many workers apparently bring their own Windows-powered devices so that they do not have to use the provided systems. Although there are no widespread complaints about Limux, there is a general feeling that a return to Windows could be beneficial.
The provided machines are powerful and equipped with Intel Core i7 processors and solid state storage. A large number of the devices “are going unused” though as people bring private devices. The two senior IT members told the mayor in a German-language letter “there are no programs for text editing, Skype, Office etc. installed and that prevents normal use.”
However, text editing and Office work can be achieved in the OpenOffice suite. Limux does support Skype but has not been approved for use by the council. The pair say that the lack of user permissions makes the powerful laptops “of limited use” though. Documents created in OpenOffice do not always display correctly in Microsoft Office on personal devices, restricting working on the go.
Munich isn’t the only large organisation to want to abandon Windows. The UK government has voiced similar concerns about using proprietary software and has campaigned for a switch to similar open-source offerings. Official guidance says that the government should retain a “level playing field” between proprietary and open source software.
For the time being, Microsoft’s Windows and Office are generally considered as retaining the most functionality though. Munich will come to a conclusion regarding its next IT systems by October 2016. 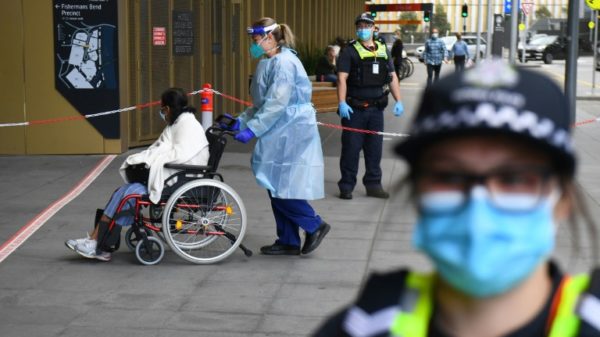 Omicron spreads in US, Australia

The United States and Australia announced their first locally transmitted cases of the Omicron variant.