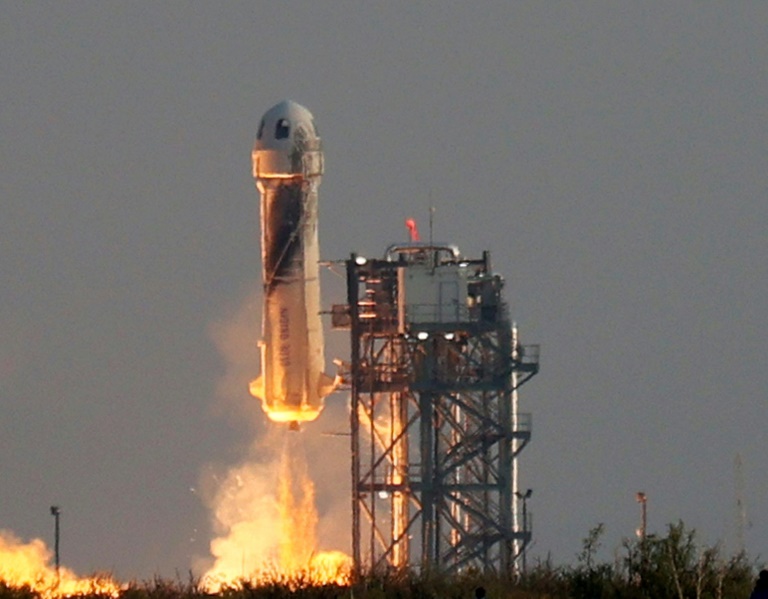 Blue Origin, the space company owned by Amazon’s Jeff Bezos, announced plans on Monday for its next flight and the news and entertainment website TMZ said it may include a celebrity astronaut — William Shatner, who played Captain Kirk on “Star Trek.”

TMZ reported that the 90-year-old Shatner would be on the October 12 voyage, making him the oldest person ever to go to space.

Blue Origin revealed the names of two members of the four-person crew but did not confirm that Shatner would be on the flight.

It said Chris Boshuizen, a former NASA engineer and co-founder of Planet Labs, and Glen de Vries, a co-founder of clinical research platform Medidata Solutions, would be on the rocket and the names of the two other astronauts will be revealed “in the coming days.”

Blue Origin said the New Shepard rocket would blast off from the company’s launch site in west Texas at 8:30 am Central time (1330 GMT) on October 12.

Funk, at 82, and Daemen, 18, were the oldest and youngest persons ever to go into space.

The 10-minute trip took them beyond the Karman line — the internationally recognized boundary marking the start of space — and back again to Earth.

The October 12 flight will replicate that trip.

Blue Origin quoted Boshuizen as saying that the upcoming flight would be the “fulfillment of my greatest childhood dream.”

De Vries, a vice chair at Dassault Systemes, which acquired Medidata in 2019, said the trip “is truly a dream come true.”

Blue Origin’s first crewed flight came just days after one by Virgin Galactic founder Richard Branson, who crossed the final frontier on July 11, narrowly beating the Amazon magnate in their space battle of the billionaires.