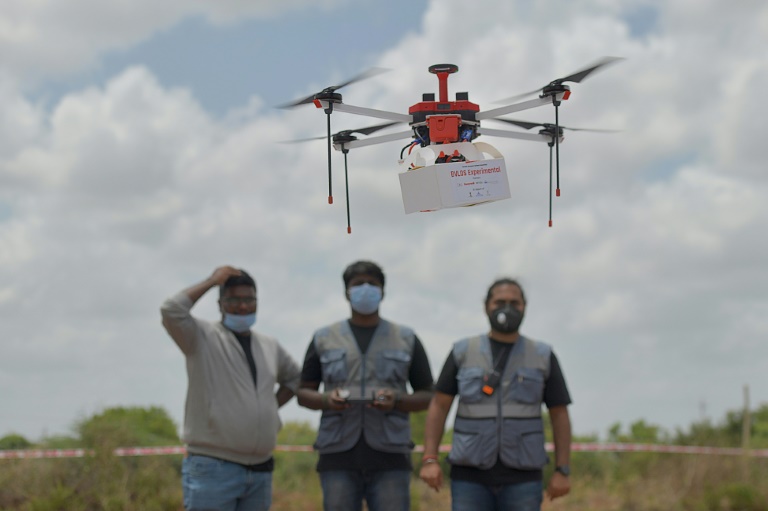 Could a blockchain technological solution provide a secure communications protocol for robot teams? This is an area that scientists from the Massachusetts Institute of Technology have been working on.

Researchers have been examining the use of blockchain technology as a communication tool for a team of robots. This is to assess whether this form of immutable, connected technology can provide sufficient security to safeguard the operation of robots against deception. There are fears that the operation of robots could be prone to the same types of cybersecurity risks that are impacting many business and governmental systems to scale.

Robot swarming has a number of practical applications, including activities for the benefit of society. For example, autonomous drones equipped with advanced sensing equipment and programmed to search for smoke as they fly high above mountains. Once they detect a fire, the leader robots can then relay directions to a second swarm of firefighting drones that can speed to the site of the blaze and help to extinguish the flames. Such an option would reduce the need for firefighters to get too close to the flames and risk their lives.

This sounds good and the effective use of such technology is edging closer. However, now imagine what would happen if one or more leader robots was hacked by a rogue state. This could lead to the lead drone transmitting incorrect directions. Consequently, the robots designed to put out a fire are then sent terns of miles in the wrong direction. Such activities could prove highly disruptive and present another opportunity for malicious agents to cause mayhem (drone security is an area of developing concern).

To counter this, the researchers have been experimenting with and are now of the view that blockchain technology will function as an effective communication tool for a team of robots. It is hoped this solution will provide the necessary security and safeguard against this potential new form of deception.

A recent trial tested out the concept. Here, each leader drone received a fixed number of tokens that are used to add transactions to a blockchain. With this, one token is required to add a transaction.

If a hack occurs and drone followers determine the information in a block is false, which is by checking what the majority of leader robots signaled at that particular step, then the drone leader loses the token. Once a robot is out of tokens it can no longer send messages. Thereby, the rest of the swarm is protected, and the mission is safeguarded.

As well as enhancing defensive capabilities, the research area may have a use for applications in cities where multirobot systems of self-driving cars are delivering goods and moving people across town.

The research appears in the journal IEEE Transactions on Robotics. The research paper is titled “Following Leaders in Byzantine Multirobot Systems by Using Blockchain Technology.”