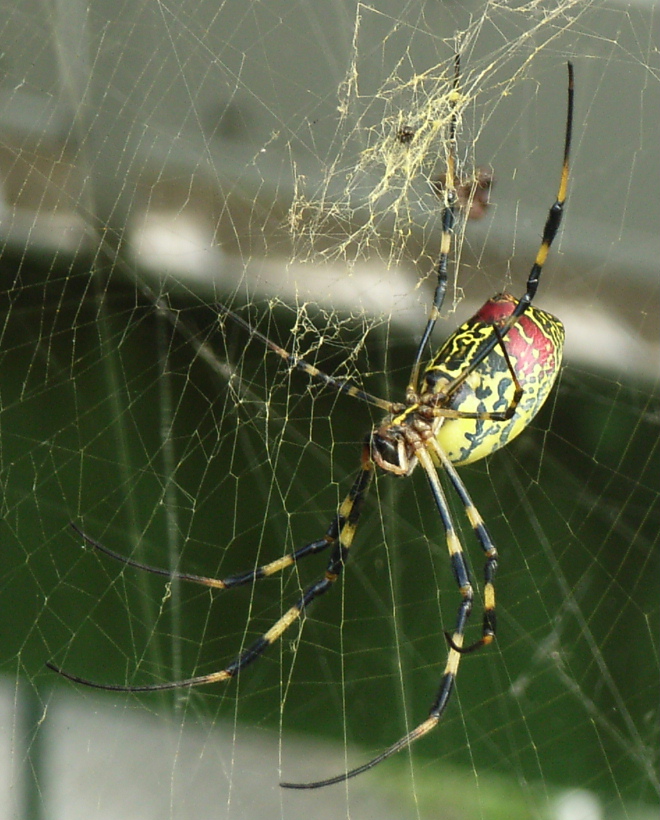 Despite years of in-depth study there is much still to learn about a spider’s web, from the intricate patterns to the tensile strength and optoelectronic architectures. Webs are highly-complex structures, as with spider webs actively springing towards prey as the result of electrically-conductive glue spread across their surface.

Webs also contain multiple silk types, with viscid silk (stretchy, wet and sticky) and dragline silk (stiff and dry) being responsible for the strength of the web.

In a newly reported research topic, scientists from Johns Hopkins University have discovered how spiders build webs. This has been revealed through a combination of night vision and artificial intelligence.

Night vision recording enabled the researchers to track and record each movement of spiders working in the dark. This helped to develop an algorithm that has led to an understanding of how spiders are able to create webs – structures of elegance, complexity and geometric precision.

The study reveals that the basis of choreographed web building is from the sense of touch by the spider (vision is not a major feature of the nocturnal process). This requires innate behaviors and finely tuned motor skills.

The first wave of the study involved assessing six spiders. For this, millions of individual leg actions were captured and then assessed using machine vision software, especially designed specifically to detect each individual limb movement.

From subsequent examination of different spiders, it became apparent that web-making behaviors are remarkably similar across spiders. The assessment of the patterns using AI enabled the researchers to predict the part of a web a spider was working on just from seeing the position of a leg. This led to the scientists to propose that a rule-based system for web building was at play, even though the individual webs from different species of spider differed.

This led to the research conclusion that the rules of web-building  are encoded in the brains of all species of spider.

The research has led to a web-building playbook that brings new understanding of how web building, across the period of many hours, occurs. The researchers have produced a video that explains more aspects of the research.

Moving beyond the first phase of the research, the scientists intend to conduct experiments using mind-altering drugs on different spiders. The aim here is to determine the specific circuits in the spider’s brain that are responsible for the various stages of web-building.

The research is presented in the journal Current Biology, with the paper titled “Distinct movement patterns generate stages of spider web building.”