Gizmodo notes that the aim is to improve the feel of OS X, something that desperately needs doing as reviewers have noted how the software seems to be ageing against the newest Mac hardware. Indeed, some have said that the new MacBook seems to run the animations in the preview builds of Windows 10 more smoothly than the animations in OS X Yosemite.
El Capitan is intended to fix this. Neowin reports how Apple is boasting dramatic performance improvements in OS X 10.11 including 1.4x faster app launching and 2x faster app switching. There’s no word on whether those animations will be running at a silky 60fps though, something that can dramatically influence the feel of a platform.
Apple has improved the productivity of OS X by introducing better window management features to Mission Control. Clearly borrowing from Windows, apps can now be “snapped” to the side of the screen to make resizing them a doddle. 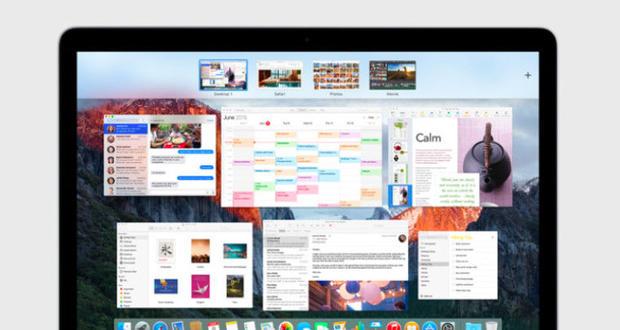 Like on iOS, Spotlight searching has been improved and is now deeper than ever before. TechCrunch notes how Spotlight will be able to respond to complex natural-language queries such as “Show me all mail from Phil that I’ve ignored” and then show you exactly what you asked for.
Gesture support has been expanded too. You can delete messages in Mail by swiping across the touchpad with two fingers in a manner very much like Mail on iOS. Safari is getting improvements too including a feature borrowed from browsers like Google Chrome and Firefox: the ability to pin tabs. Pinned tabs will appear in a dedicated interface panel and will be automatically reloaded when Safari is opened. 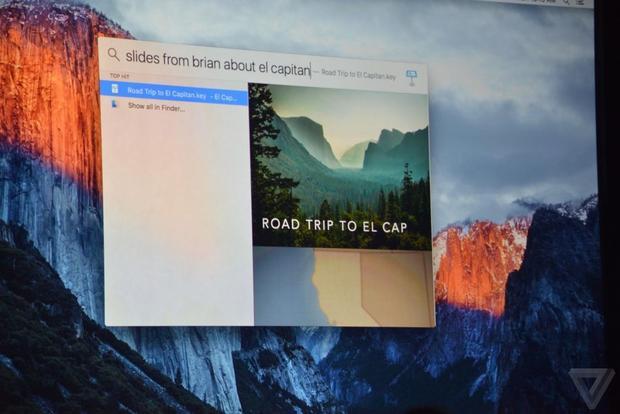 Gamers will be pleased to learn that Apple is boasting 10x improved desktop rendering performance in El Capitan. This is achieved by the introduction of the firm’s Metal API which is currently used on iOS devices. Game developers Blizzard, Unreal, Unity and 2K Games have all pledged support, raising the prospect of some great quality OS X gaming coming in the near future.
El Capitan will be launching later this year but is available to developers today. A public beta will be made available in July, potentially coinciding with Microsoft’s finished release of Windows 10. While El Capitan is not such a large update as Yosemite was, this is a common trend at WWDC this year. Apple is refining existing features and adding a few productivity-focused ones – such as split-screen multitasking on iPads — which are certain to prove popular with users, even if Windows fans have known some of them for a very long time already.