Back to building quality
Major iOS releases are highly predictable, arriving each September with a slew of new features in tow. The changelog includes fundamental revisions of the operating system’s core, user-facing redesigns of the interface and updates to iOS’ built-in stock apps. Apple then issues minor “point” updates over the course of the year to address bugs and introduce smaller changes.
According to a report from Bloomberg today, this model is now being dramatically revised. Although Apple’s still planning to release software on an annual basis, the way it’s internally developed is being refined. 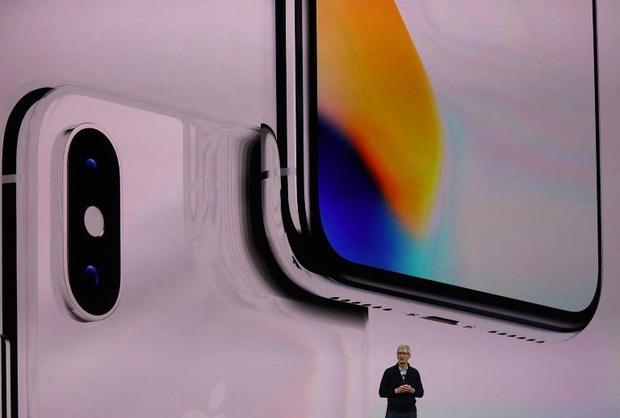 Apple CEO Tim Cook unveiled the iPhone X in September, ahead of the November 3 release date for the flagship smartphone
JUSTIN SULLIVAN, GETTY/AFP/File

READ NEXT: Amazon quietly bought security cam startup Blink for $90m
In a meeting last month, Apple software SVP Craig Federighi told the company’s engineers that they’ll now have more time to develop features. September will be scrapped as the absolute deadline for new releases.
The change is said to have been introduced in response to a perceived drop in quality over Apple’s recent software releases. After launching a series of updates that have contained bugs and undeveloped features, Apple’s faced criticism from its users and developers. It’s now understood to be placing a renewed emphasis on building the quality software it used to be known for. As such, individual developer teams will be given more opportunities to create their own release schedules.
Two-year development cycle
This mirrors the approach taken by Apple’s industry rivals such as Google and Microsoft. Although both release major versions of their operating systems on a periodic basis, they develop built-in apps separately to the main platform. Their more agile model enables features to be cut from release as and when required, before being reintroduced at a later date. If a new app capability has to be postponed, the app itself gets updated after the new OS version launches.
Bloomberg’s report suggests Apple teams will now have similar flexibility, although it’s unclear if app updates will be separated from iOS. The changes appear to be focused on resolving restrictive internal deadlines, rather than shifting public release dates. Instead of having thousands of engineers rushing to complete their work by September, teams will have up to two years to complete a release.

READ NEXT: Oracle unveils “self-driving” automated cloud platform
Apple’s already had to cut some features from its upcoming iOS 12 update to address quality concerns. Some major new capabilities are still planned though, including an all-new app model which will allow iOS apps to run on the Mac desktop.
Changes that have been postponed reportedly include a revised iPhone home screen design and new options in the Photos app. Apple will instead polish the features which do get included, instead of committing to a massive list of new things so it can keep claiming year-over-year functionality jumps.