The first images from the world’s most sophisticate solar telescope show some unusual cell-like structures, said to be “the size of Texas”, dotted across the Sun’s surface. The strange looking snapshots are actually patterns of “turbulent boiling plasma”, covering the entirety of the Sun’s surface.

Some of the remarkable images of the Sun are showcased below in a video from the U.S. National Science Foundation:

The detail is so fine that astrophysicists can discern how hot plasma boils to the surface in the bright centers of the cells; this then cools and then sinks back down in dark lanes. Within these lanes, it is possible to detect small, bright markers of magnetic fields. These lanes channel energy up into the Sun’s super-heated corona. 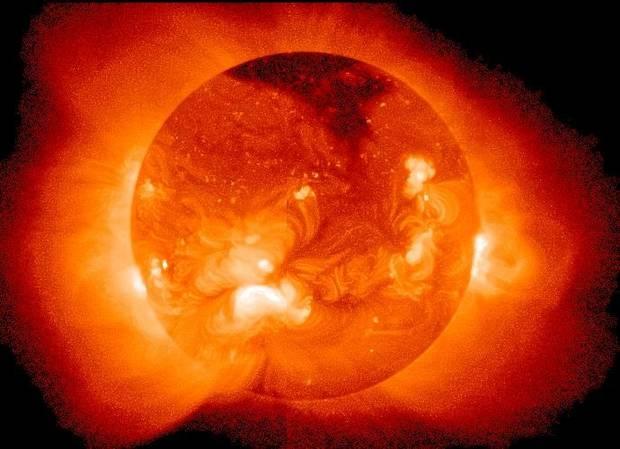 This image of the sun as viewed by the Soft X-Ray Telescope (SXT) onboard the orbiting Yohkoh satellite.
NASA Goddard Laboratory for Atmospheres

The Daniel K Inouye Solar Telescope has been especially designed for studies of the Sun. The telescope is located at the Haleakala Observatory on the Hawaiian island of Maui (positioned atop Haleakalā, a 3,000 meter-high volcano). The telescope is by far world’s largest solar telescope, and it has a 4-meter aperture. The telescope became active in January 2020, capturing images of the Sun in visible to near-infrared wavelengths. It will take a further six more months to install further scientific instruments so that the telescope becomes fully operational.

Further details about the telescope are revealed in the following video:

The primary aim of the telescope is to help to predict solar weather. According to scientist Matt Matt Mountain, president of the Association of Universities for Research in Astronomy: “Our predictions lag behind terrestrial weather by 50 years, if not more. What we need is to grasp the underlying physics behind space weather, and this starts at the Sun, which is what the Inouye Solar Telescope will study over the next decades.”

Advancing our understanding of solar weather is a subject of great importance. As the BBC explains, significant emissions of charged particles and entrained magnetic fields can damage satellites at Earth, and carry the potential to harm astronauts, as well as degrading radio communications and taking power grids offline.