Completed by the automotive supplier Delphi, the car traveled 3,400 miles across 15 states. It eventually made it to New York City from San Francisco — on the other side of the country — after nine days.
Many regard autonomous self-driving vehicles as the future and several technology companies are scrambling to get cars on the road. Google has driven over 700,000 miles in testing to date while Audi recently let a car drive itself from Silicon Valley to Las Vegas. It is Delphi who has completed the first epic coast-to-coast road-trip however.
The company has been working on active safety features like lane keeping detection for the past 15 years but has only recently begun to put all of their developments together into a system capable of driving itself. Its engineers then picked a car to mount it all in: the 2014 Audi SQ5, chosen solely because the engineers considered it to be “cool.” 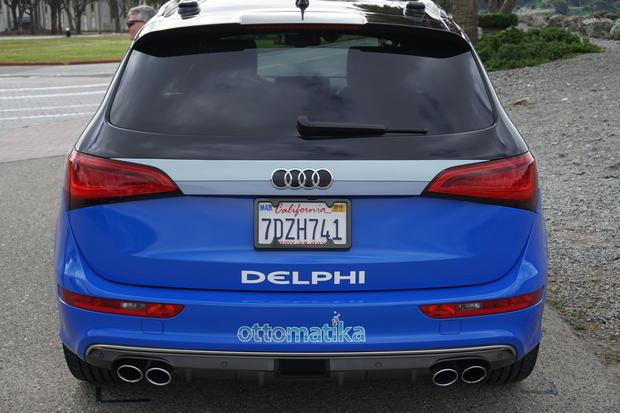 The Audi was then sent on its way, generating terabytes of data on the real-world conditions it experienced. This will now be analysed by Delphi to refine the system and enhance it for the future.
It negotiated rain, hot weather, construction zones and tunnels. The company maintains that it handled all of the obstacles flawlessly, surpassing expectations on what the various sensors and radar arrangements could achieve.
Delphi CTO Jeff Owens said: “It was time to put it on the road and see how it performed. It was just tremendous.”
The car drove itself for 99 percent of the way. Delphi engineers only took the wheel when they left the highway and entered built-up, populated city streets to ensure that the public were kept safe.
They also took control in a few situations where they were unsure what the car’s own response would be such as zig-zagging lane lines in a construction zone. The speed limit was obeyed at all times and night driving was avoided.
The news will be encouraging to supporters of the autonomous car movement. With a vehicle successfully travelling across the US on its own, it looks increasingly viable that drivers will no longer be required within a few years.
Many people are still wary of self-driving technology though despite the recent publicity on the topic. It remains to be seen if people will actually give up driving and let computers perform the task for them as many do enjoy the experience of being behind the wheel.