Waddell is thrilled to be competing in the sophomore season of the ISL. “It’s awesome. It’s very fun to finally be in the ISL. I watched it all last year and it’s nice to be a team this year,” he said.

He is excited to be a part of the Los Angeles Current swimming team, with Lenny Krayzelburg as the General Manager. “That’s crazy. Lenny is a walking legend so to have him as my first GM in the ISL is awesome. My main event is the backstroke so I will try to learn a lot from him,” he said.

Speaking of the backstroke, he listed it as his personal favorite stroke.

Each day, he is motivated by his desire “to be better every day.” “With the whole Coronavirus pandemic going on right now, that makes it a lot more difficult,” he said. “For the longest time, I couldn’t get into a pool so staying motivated was pretty hard. Now, that I am back in the pool, I am motivated to be better and to get back on track.”

He shared that he spent the majority of the quarantine working out. “I was running every day and doing dryland,” he said. “Now, I am back in full speed.”

On being a swimmer in the digital age, Waddell said, “I’m excited for it. The sport has to move forward, and I think, as you can see with European football/soccer, you can see that they are using more and more video. I think it’s definitely moving in the right direction, especially to take the guesswork out of swimming.”

At the University of Alabama, he uses such forms of technology for recovery purposes: NormaTec, Hyperice, hot tubs, and cold tubs. “I recover every day using one of these options,” he said. 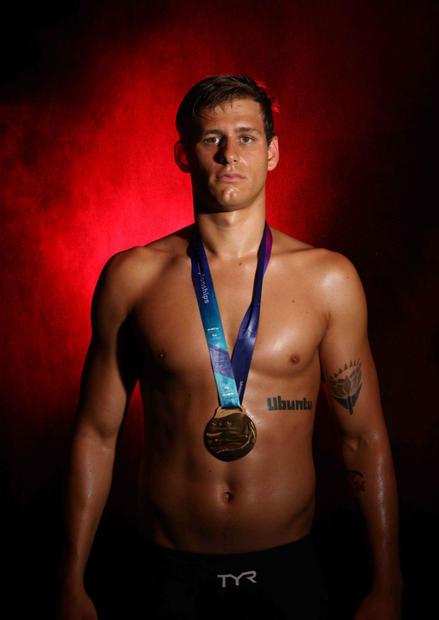 Last summer, Waddell won the gold medal in the men’s 50 meter backstroke at the 2019 World Aquatics Champions in Gwangju, South Korea. “That was insane and crazy,” he exclaimed. “It was definitely a surprise but it was awesome. It was certainly a lot of fun.”

For young and aspiring swimmers, he encouraged them to “keep working hard.” “Make use with what you have every day such as the swimming pool, weight room or dryland session,” he said.

On the title of the current chapter of his life, he said, “Right now, my chapter is called Primetime.”

Waddell defined the word success as “winning big championships and proving to yourself that you can be the best swimmer in the world on any given day.” “Success means getting better every day and swimming faster. Success has a winning element in it. I definitely consider that a success,” he explained.

For his fans and supporters, he said, “I am forever thankful for everyone that has been around me. Everyone that is showing their support makes this sport that much more enjoyable.” 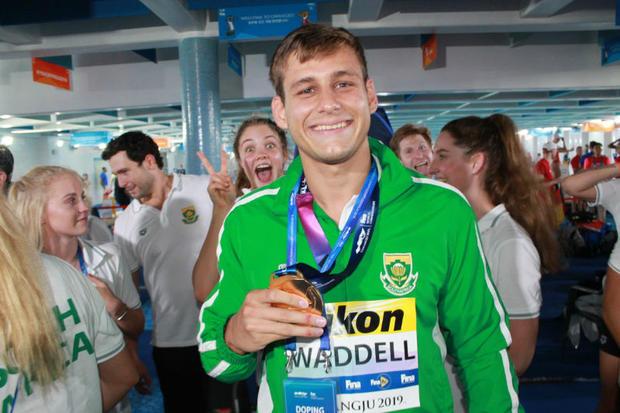