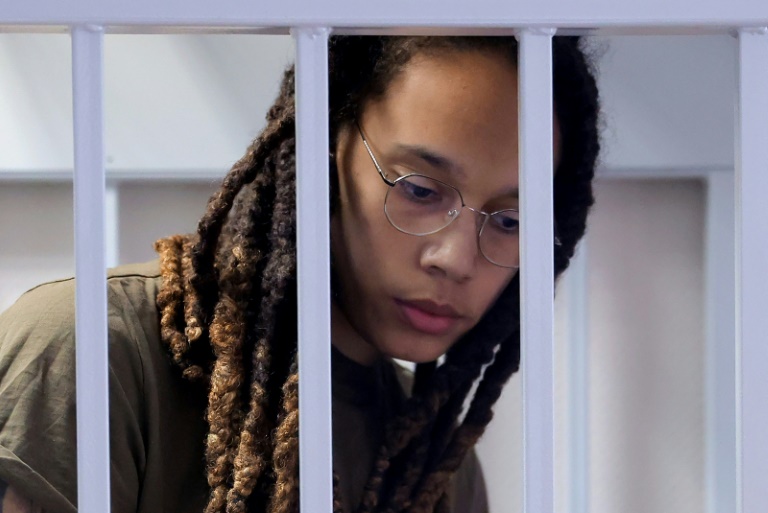 US basketball star Brittney Griner is “hoping” to return home from Russia where she is standing trial on drug smuggling charges, her lawyer said Tuesday, amid talk of a prisoner exchange with Washington.

Griner, a two-time Olympic basketball gold medallist and Women’s NBA champion who had played in Russia, was detained in February, just days before Moscow launched its military intervention in Ukraine.

The 31-year-old athlete was charged with drug smuggling for possessing vape cartridges with cannabis oil and is on trial in the town of Khimki just outside Moscow.

Griner appeared in court Tuesday wearing a khaki T-shirt, looking down as she walked in and was placed in a defendants’ cage, an AFP journalist reported.

She remained solemn as two narcotics experts gave testimony during the hearing.

“Of course, she heard the news so she is hoping that sometime she could be coming home, and we hope so too,” one of Griner’s lawyers, Maria Blagovolina, told reporters in English.

Blagovolina said Griner’s legal team was “not involved in any of the negotiations” on a possible prisoner swap.

She added, however, that Griner would be eligible for an exchange after the verdict that “will be very soon”.

US Secretary of State Antony Blinken on Friday held his first talks with Russian counterpart Sergei Lavrov since Moscow sent troops to Ukraine on February 24.

Blinken said he “pressed the Kremlin” to accept a proposal from Washington for the release of Griner and Paul Whelan, a US citizen jailed in Russia on espionage charges.

Griner was detained when she came to Russia to play club basketball with UMMC Ekaterinburg during the US off-season — a common path for American stars seeking additional income.

At a previous hearing, Griner said she did not intend to break the law or use the banned substance in Russia.

Griner has pleaded guilty and faces up to ten years in prison.

The next hearing will take place on Thursday.

In this article:Basketball, Court, Politics, Russia, US