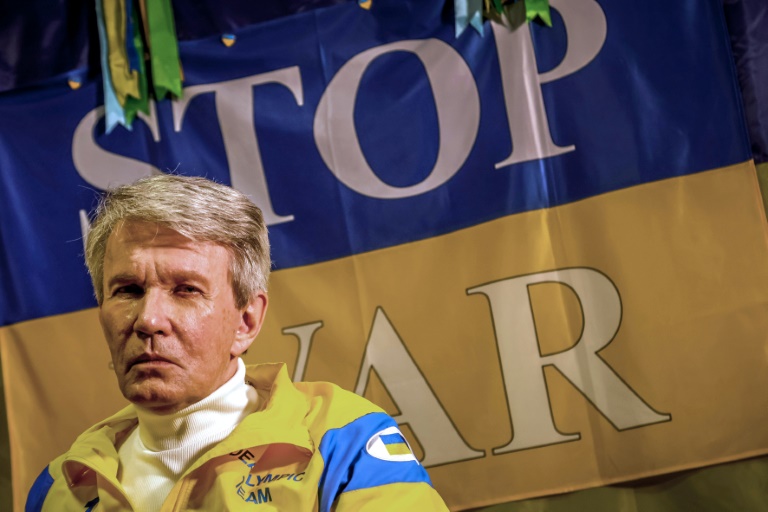 When Rymma Filimoshkina practiced the hammer throw in the yard near her house in Mariupol at the start of the Ukraine war, her neighbors thought she was throwing a bomb.

But her “weapon” isn’t one of destruction: it just won the 33-year-old deaf athlete a gold medal at the Deaflympics in Brazil.

Thousands of kilometers (miles) from the conflict at home, the Ukrainian team is raking in the medals at the Olympics for the deaf, which opened on May 1 and wrap up Sunday in the southern city of Caxias do Sul.

With two days left to go in the Games, Ukraine had a commanding lead in the medal table, with a total of 116 — more than double the second-place United States.

“In this event, we show the world we exist: we are Ukraine, a real powerful, independent and democratic country,” said Valeriy Sushkevych, president of the Ukraine Paralympic committee.

“One soldier called us and said: in between battles, we support you on TV. Your fighting spirit in sports is very important for us,” he told AFP.

Ukraine has a history of punching above its weight in disabled sport.

Its Paralympic program owes its success to two and a half decades of specialized schools in every region of the country for children with disabilities, who start participating in sporting programs at an early age, Sushkevych says.

The team’s success at the Deaflympics is symbolically charged: Ukraine had finished second in the medal table at the last three editions of the event — behind Russia, which was banned from all international competitions over the invasion.

“I dedicate these medals to Ukraine. I’m very proud to represent my country,” said a smiling Dmytro Levin, a 24-year-old native of Kharkiv, speaking in sign language after winning two golds and a bronze in orienteering.

“I’m happy to have won this medal for Ukraine. But all I really want is peace,” said 15-year-old Sofia Chernomorova, who won bronze in badminton.

Filimoshkina said she still remembers the vibrations she felt with every bomb that exploded in Mariupol, the port city devastated by relentless Russian strikes.

“A lot of deaf people died because they didn’t hear the air raid sirens and went outside at the wrong time,” she said.

Her teammate Julia Kysylova, who won silver in the hammer throw, said that for a long time, she was sure they would have to cancel their trip for the Games.

“When the war erupted, it was impossible to train. I spent a month sheltering at home,” said the 25-year-old athlete from Nova Kakhovka, in the hard-hit southern region of Kherson.

She finally managed to flee to Spain, leaving her husband behind.

“It was a miracle we managed to cross the border. The trip took more than two days,” she said.

“After the Games, I hope to go back home and be with my husband,” she added.

“But I don’t know if that will be possible.”