Peribonio is an 11-time NCAA All American, a World Championship finalist, as well as a national record holder for Ecuador. He will be competing for the Cali Condors in the upcoming International Swimming League (ISL) second season, which starts next week in Budapest, Hungary. “Honestly, it was an amazing feeling to sign with them. It was a second wind of energy this season. It gives you extra motivation and energy,” he said.

“I am excited to join a team that has the potential to win it all, and being a part of that championship culture should be really cool,” he said. “We have a really strong team.”

He had nothing but the greatest remarks about General Manager Jason Lezak. “Jason was the guy who anchored that historic 4 × 100 meter medley relay. It’s the most historic swim of all time. As a kid, I would have never imagined that I would someday be receiving text messages from Jason Lezak,” he said.

On life in quarantine, he shared, “I have been doing really good. I’ve been trying to stay in shape and stay healthy. We are back at our college pool, which is great.”

Each day, he is motivated by his dream to compete at the Olympic Games. “About four years ago, I was just short and shy of making Rio and that has been my motivation to keep on doing what I am doing. I am enjoying swimming so much now post-college. It’s amazing to travel and getting to see different places. That has been a blessing.”

When asked about his personal favorite stroke, he responded, “Technically, I am an IMer, but inside the IM (individual medley), I would say the breaststroke.”

He grew up in Ecuador and Chile, and later his family moved to Georgia. He competed in the NCAA for the University of South Carolina where he was a three-year captain. He graduated from South Carolina in 2018 with degrees in finance and international business.

Peribonio moved to Gainesville, Florida, after graduating and has been training there under veteran coach Gregg Troy. He is working on getting his real estate license and loves to play golf in his spare time.

On being a swimmer in the digital age, he said, “Marketing yourself as an athlete has become so big. I think as a swimmer you can take advantage of that. Now, it has become more about how you carry yourself both in and out of the pool. From a media and marketing standpoint, technology has changed the sport of swimming tremendously.”

For young and aspiring swimmers, he encouraged them to keep their heads set on their long-term goals. “I made my strides when I was 19 or 20 years old. A lot of people give up before then.”

Regarding the title of the current chapter of his life, he said, “My Professional Athlete Years.”

Peribonio defined the word success as “stepping stones.” “Every time I am successful at something, I take a step forward towards my main goal,” he explained. “I think success is something that you need to find in your everyday life to keep you motivated and to keep moving forward.” 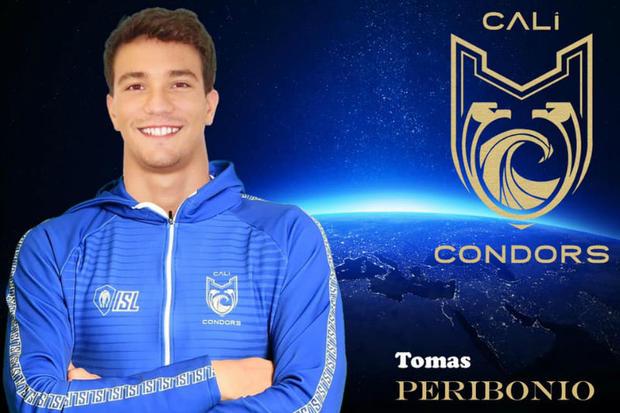