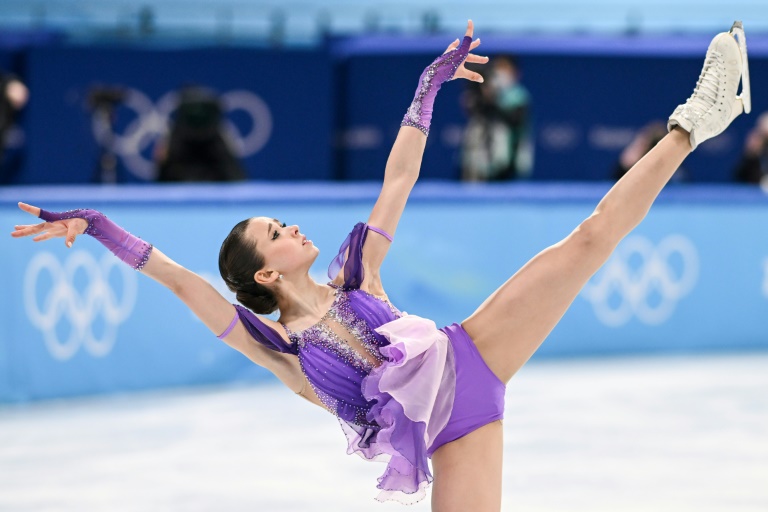 Teenage Russian figure skater Kamila Valieva will go for a second Beijing Olympics title on Thursday, the next chapter in a damaging doping scandal which has overshadowed the Games.

The 15-year-old burst into tears after topping Tuesday’s first half of the women’s singles competition to put herself in prime position ahead of the all-important free skate.

Valieva has dominated the second week of the Games in the Chinese capital after the Court of Arbitration for Sport ruled that she should not be thrown out of the Olympics despite failing a drugs test in December.

Valieva played a central role in propelling the Russians to skating team gold last week, before news of her test broke, but no medal ceremony ever took place and will not during these Olympics — unprecedented for a Games.

There will also be no medal ceremony if Valieva — the pre-Games favourite for gold — comes in the top three on Thursday.

CAS cleared her to stay at the Games, citing her age as one of the “exceptional circumstances”, but she has not been absolved of doping and still faces further investigation in a case that looks set to rumble on well after the action ends in Beijing.

Games testing authorities said last week that the teenager tested positive for trimetazidine, a drug used to treat angina but which is banned for athletes by the World Anti-Doping Agency (WADA) because it can boost endurance.

In a fresh twist, The New York Times reported that her sample also contained the substances Hypoxen and L-Carnitine, which are also used to treat heart conditions. They are not on WADA’s prohibited list.

Senior IOC member Denis Oswald said Tuesday that Valieva informed the CAS panel that she tested positive because of “contamination” from her grandfather’s medicine.

The New York Times report said the grandfather provided a pre-recorded video message to a hearing with Russian anti-doping officials on February 9 in which he said he used trimetazidine.

The affair puts the spotlight once more on doping by Russian athletes, who are not allowed to take part at these Games under their flag because of a state-sponsored doping programme that reached its peak at its home 2014 Sochi Olympics.

Some of Valieva’s fellow skaters made plain their anger that they had to compete against her.

“I don’t know every detail of the case, but from the big picture obviously a doping athlete competing against clean athletes is not fair,” the 16-year-old American skater Alysa Liu said.

In another doping case, Games’ testers announced Wednesday that Ukrainian cross-country skier Valentyna Kaminska had tested positive for an anabolic steroid and two other banned substances.

Her highest placing in two individual events was 70th.

Noel’s lightning-quick second run gave him a combined total of 1min 44.09sec to hold off Johannes Strolz, the Austrian former traffic policeman who had already won a gold in the alpine combined event.

“That was one of the most important races in my career,” said 24-year-old Noel. “It’s one shot — one minute and 40 seconds every four years.”

In the men’s ice hockey, Slovakia eliminated the United States in the quarterfinals, stunning the Americans with a tying goal in the final minute of regulation before winning 3-2 in a shootout.

Deprived of its National Hockey League (NHL) stars by the pandemic, the USA squad of relative unknowns had inspired comparisons to the overachieving 1980 gold-medal winning “Miracle on Ice” team as they went 3-0 in group play.

They were 44 seconds from clinching a spot in the Beijing semifinals when Slovakia’s captain Marek Hrivik slotted home to tie it 2-2 and send the game into overtime.

Slovakia scored once in the penalty shootout, leaving USA captain Andy Miele with one last shot, but his effort was smothered by goalie Patrik Rybar.

Also eliminated in the quarter-finals were Canada, winners of three of the last five Olympic golds, who lost 2-0 to Sweden.

There was better news for the US with Alexander Hall winning the men’s freeski slopestyle gold, taking the title ahead of countryman Nick Goepper.

With four days of competition remaining, Norway top the medals table with 13 golds, Germany have 10 and the United States have eight.