Kendricks was able to clear 6.01 meters in the pole vault meeting in Rouen, France. This happened on his third and final attempt at 6.01 meters.

A native of Mississippi, Kendricks cleared all of the previous five heights on his first try (5.86 meters, 5.80 meters, 5.74 meters, 5.64 meters, and 5.54 meters). Jeff Hartwig was the first to congratulate Kendricks on this achievement.

Today, Mondo Duplantis broke the world record in the men’s pole vault with a clearance of 6.17 meters.

Ever humble, Kendricks stated that the “world record is not his destiny.” Kendricks’ goal is to compete the best way possible for his country and to wear his uniform with pride, and it is safe to say that he has accomplished that. “I couldn’t be happier than tonight,” he said. 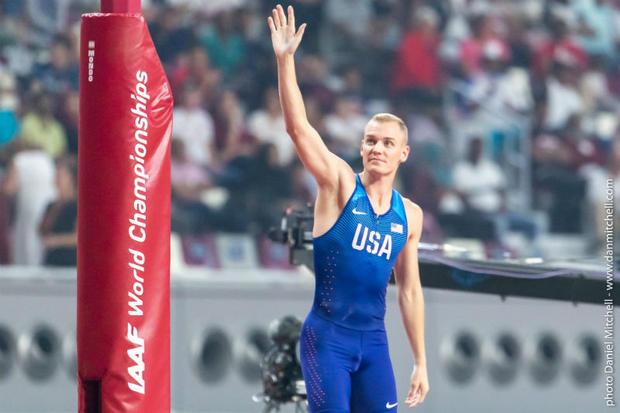