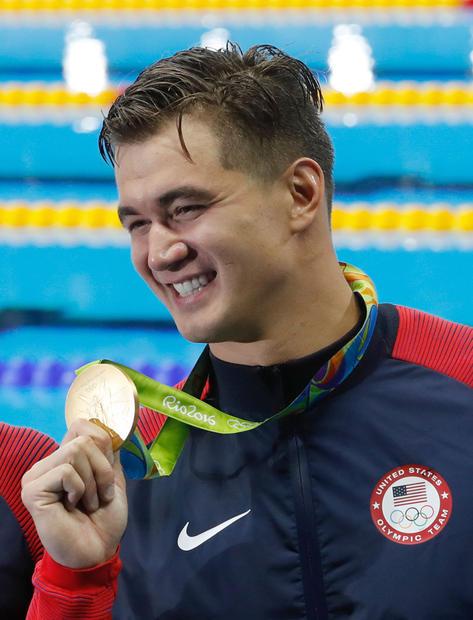 Adrian won the men’s 100 meter freestyle final with a time of 48.74 seconds. “That was good,” he admitted. “I still have a lot of work to do on that dive. It was hard because I was at the end of the session, so I didn’t get here quite early enough to get a couple of starts off the blocks.”

“I am going to go home and play with my kick, and see if I can find a way to be even with the field out to 15 meters,” he added. “I will work on some of the techniques that I saw that I made mistakes with here today.”

Adrian acknowledged that this race was better than last night’s preliminaries. “It is always good to race and compete and go through the motions of swimming prelims and swimming finals. Doing it in this format is really important,” he said.

Particularly impressive about the TRY Pro Swim Series in Mission Viejo, California, is that it mirrors the Tokyo Olympic Games competition schedule. “For me, in particular, I thought it was nice because it forced me to be good last night,” Adrian said. “I forced myself on purpose yesterday and went through that process. We know that we have to force the issue at semi-finals at the Olympic Trials because the U.S. is so crazy stacked in the 100 freestyle now.”