Can you picture the Pittsburgh Steelers defense running into the high-octane Philadelphia Eagles offense? If the NFL gods grant football players any wish, it would be a Super Bowl starring these two entertaining teams and their star-calibre quarterbacks.

Forget the geographic coincidence of a Pittsburgh-Philadelphia Super Bowl. Sure, it would be great for the state of Pennsylvania but if Pitts can knock off the Baltimore Ravens this weekend and Philly can trounce the Arizona Cardinals as well, football fans will get the matchup they deserve.

Say goodbye to top seeds such as the Giants and Titans. The AFC and NFC title games are spotlighting teams that were quietly building momentum in the latter half of the season, garnering praise for their stifling defense and winning some love for getting the job done on offense, especially in the running game. The Eagles turned a corner on Dec. 28 when they beat the Dallas Cowboys, and the Steelers edged out a much-needed win against the Ravens on Dec. 14. Strangely enough, they face the Ravens again on Sunday.

You might be wondering what’s the appeal of a Steelers-Eagles Super Bowl. First, look at the quarterback showdown. Ben Roethlisberger was hit by some injuries early in the season but he bounced back to finish the year with a 60 per cent pass completion rate. He might have as many interceptions as he does touchdowns (15 picks versus 17 TDs) but Big Ben has been cool under pressure. Look at last week’s game against San Diego: a decent 181 yards, 1 TD, no interceptions or fumbles. He was sacked only once despite dropping back 26 times. Not bad for a guy who suffered a concussion in Week 17.

Then there’s the fleet-footed Donovan McNabb, a complete threat to any defense. He’s racked up more than 3,900 yards this season with 23 touchdowns under his belt. He’s also quick to run with the ball, accumulating 151 yards on the ground during the season. Last week wasn’t his best outing (two interceptions) but he zipped a pass to Celek for a TD and also ran one in himself against the Giants. To put it bluntly, McNabb is fun to watch, and he’s been as hungry for a Super Bowl ring as much as Kevin Garnett was thirsty for an NBA title.

Sticking with offense, the running game is the next best matchup between the Eagles and Steelers. Willie Parker has emerged as the Steelers’ primary offensive weapon, juking and dashing between linebackers as if he’s got some Emmitt Smith inside him. He is dangerous enough to give Roethlisberger the space and time to create with the passing game. And Parker doesn’t fumble often, a stat he’s going to have to keep going strong against the ravenous Baltimore defense on Sunday.

If there’s any Christmas gift McNabb can thanks his lucky stars for, it’s Brian Westbrook, his star running back who averages four yards per carry. He’s been huge for Philly when he’s healthy. Unfortunately, he re-injured his knee last week against the Giants, where he netted only 36 yards on 18 carries. He’s good to go against Arizona, but if he wants to rise to Super Bowl heights, he needs to mend his broken body back to all-star form. Admit it, backup running back Correll Buckhalter can’t shoulder the ground offensive for the Eagles.

Last but certainly not least is the defense. Both the Eagles and Steelers boast high-energy deadly defense teams that pressure quarterbacks and disrupt running games. The Steelers wreck havoc with Troy Polamalu and sack specialist LaMarr Woodley, while the Eagles have tackler Brian Dawkins and instigator Stewart Bradley at the core of the defense. Both squads are known for picking off passes thrown by quarterbacks chased down by 250-pound pass rushers. It’s not a hyperbole that these defenses are actually fun to watch, if not for their actual gameplay than for their on-field intensity.

Some are speculating that the Ravens-Steelers game on Sunday will be more entertaining than any Super Bowl possibility this year. Perhaps. But people who wouldn’t call themselves sports fan will tune in to the major game on Super Bowl Sunday, which is why the hype will be bigger than Polamalu’s hair. So maybe you’ll wait until the Super Bowl to catch some football. And if you do, pray that it will be the Battle of Pennsylvania, where two storied teams try to net one of the most prized possessions in pro sports. 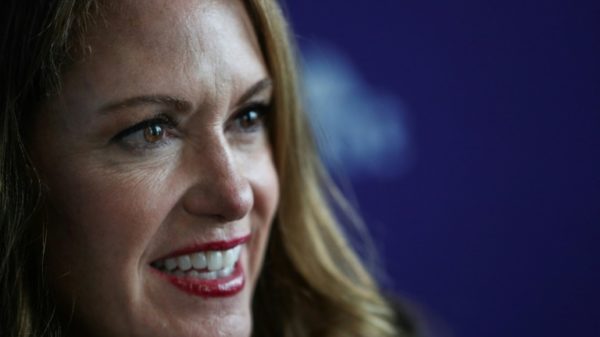 The hype about augmented contact lenses is already at a ridiculous level.