He is thrilled to be a part of the New York Breakers, where fellow swimmer Michael Andrew is the Vice Captain and Tina Andrew serves as the General Manager. “This is just a huge honor. I am extremely humbled to be part of the team and I am excited,” he said. “It is a very exciting time for swimming and it’s a great opportunity. I am so grateful.”

Each day, Reid is motivated by his belief that “each day is a gift from God.” “Each day, I go out and live to the fullest,” he said.

Reid complimented fellow South African swimmers Brad Trandy and Calvyn Justus, describing them as “very good friends” and he has known them for years.

On the impact of technology on aquatics, Reid said, “Technology has been huge in the sport of swimming, especially in regard to nutrition and the recovery aspect of it. I am still learning about it even at this level.”

He noted that back in his college days, he would use NormaTec.

For young and aspiring swimmers, he encouraged them to “have fun” with the sport. “We have such a tendency in the sport that people think you have to do your best every single time,” he said. “I reached a point when I wasn’t having fun and I wanted to stop. In the beginning, I loved it because it’s a great opportunity to be with friends. I would tell young swimmers don’t take it too seriously and have fun with swimming.”

The title of the current chapter of his life is: “You Found Motivation.” “I am learning a lot about myself,” he admitted. “Right now, I am growing as a human being and as a swimmer. I am coming to understand who Christopher Reid is outside of the pool,” he added.

Reid defined the word success as “improvement.” “There is no definite success in this world,” he said. “Success is just improvement, moving forward and building on what you already have in a healthy way.”

For his fans and supporters, Reid said, “I just want to thank everyone. It’s not a one-person show: it’s the coaching staff, your family, peers and the support team. It’s a big base that is holding and lifting you up as an athlete.” 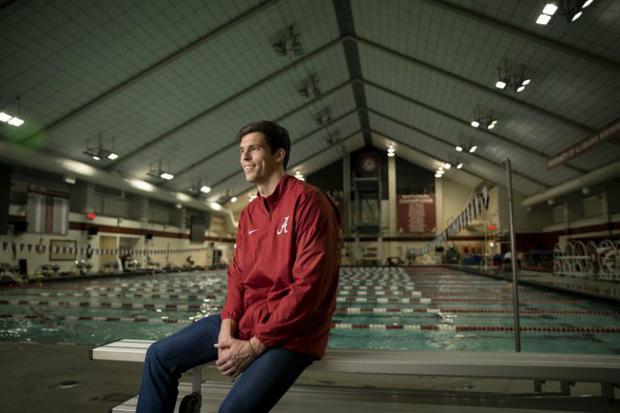