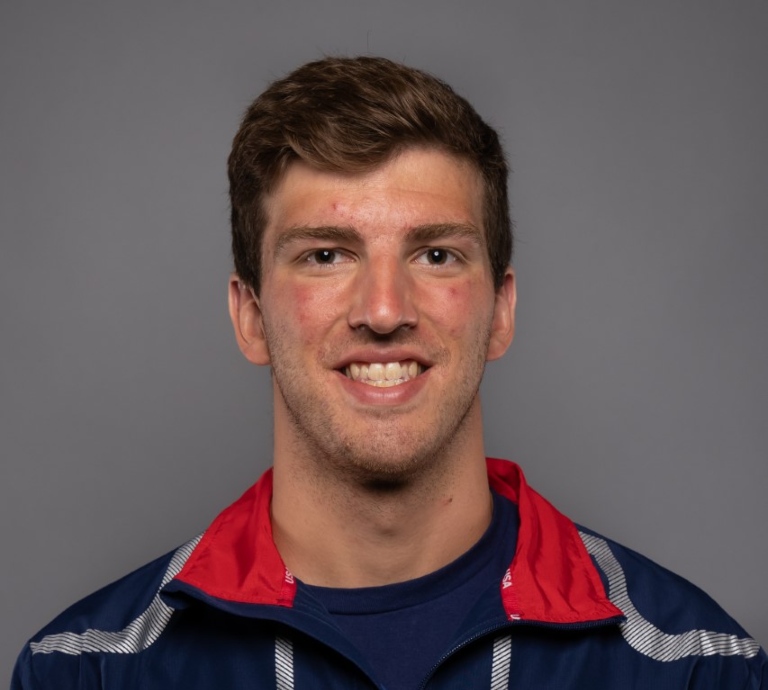 He acknowledged that these Olympic Games taught him how to manage his emotions, and he came out a better athlete than he did going in.

Apple is glad to be the American swimmer that has cemented himself in anchoring the relay races. “That is kind of wild,” he said. “Anchoring the relay is really special and something that I am excited about. I am happy that I’ve earned that spot, and hopefully, we can bring home some more gold medals with it.”

Although Team USA had to swim the 4×100 meter medley relay race from Lane 1, he felt that having “open water” worked to their advantage.

He praised his fellow teammates Ryan Murphy, Michael Andrew, and Caeleb Dressel, on that relay, who helped secure the world record for Team USA. “They were awesome. I had two world record holders (Ryan Murphy and Caeleb Dressel) and the fastest American breaststroker ever (Michael Andrew) ahead of me in that relay so it would have been pretty hard to mess that up. I was feeling pretty confident having those other guys with me,” he said.

“We knew that it was going to take a world record to beat Great Britain,” he added.

Hearing the U.S. national anthem from the top podium

For Apple, hearing the U.S. national anthem (“The Star-Spangled Banner”) on the podium was a “surreal moment.” “It was awesome, it was definitely something that you dream of. It was a pretty surreal moment to stand up with pride and honor, especially to see the flag raised and the national anthem played,” he said.

“That moment was not just about me,” he admitted. “There are so many people in my life who watched that moment happen, and they played a huge role in making that happen, and getting me to that. It was a nice moment for the whole team behind that got me there.”

Swimming for the DC Trident in ISL Season 3

He is stoked to be back with the DC Trident swimming team (with Olympian Kaitlin Sandeno as his General Manager), competing for ISL Season 3, which will take place in Naples, Italy. “I am getting everything organized for it. I am leaving on Sunday, and we are getting ready,” he said.

For young and aspiring swimmers, he said, “There are no shortcuts, you need to put in the work. Don’t put too much emphasis on who your coach is, you need to have more confidence in yourself. The coach is an important part but not the most important part. You are the reason that you get better thanks to your work and dedication.”

Apple defined the word success as follows: “Obviously winning the medals is nice but I still make sure that I am putting in the work every day and still going through the process to know that at the end of the season, I can be successful as I was this year. For me, it’s more of a day-to-day success as opposed to a yearly or multi-year success.”