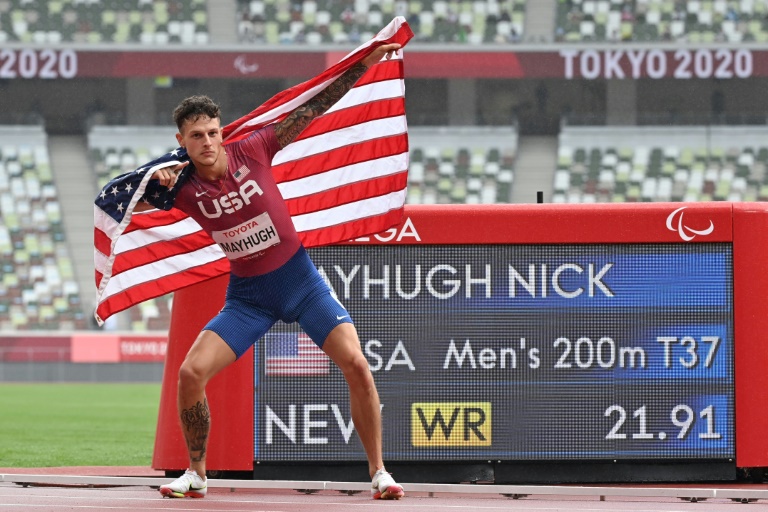 American athlete Nick Mayhugh has a major reason to celebrate. He earned three gold medals and a silver medal for Team USA at the Paralympic Games in Tokyo. Digital Journal has the recap.

In the men’s 400 meter T37 event, Mayhugh claimed the silver medal with a time of 50.26 seconds, right behind Russian athlete Andrey Vdovin, who broke the world record clocking 49.34 seconds.

Mayhugh along with his teammates Noah Malone, Brittni Mason, and Tatyana McFadden, won the mixed 4 × 100 meter relay race for Team USA with a world record time of 45.52 seconds.

Overall, Mayhugh truly emerged as the “Usain Bolt of the Paralympics,” and he rightfully earned this title. Hopefully, this is a harbinger of more great things to come from the Paralympic champion in the future.

Mayhugh is also a distinguished soccer player in his own right. He was honored as the 2019 “U.S. Soccer Player of the Year with a Disability.”