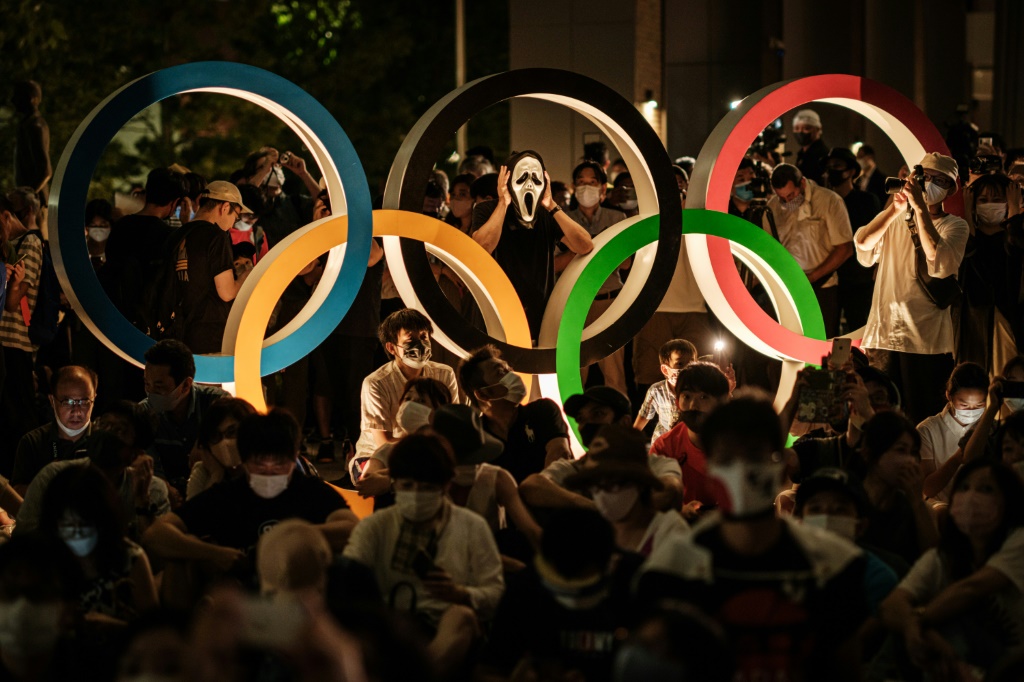 Australia’s track and field team was briefly placed in isolation on Thursday as a coronavirus scare caused fresh jitters on the eve of the Tokyo Olympics athletics programme.

Nearly 60 athletes and staff were confined to their rooms for more than two hours after US pole vault world champion Sam Kendricks tested positive for Covid-19.

All were later released apart from three close contacts of Kendricks, who have tested negative but remain in isolation and will be tested daily.

The incident was a jolting reminder of the perils facing athletes at the Tokyo Games, where their Olympic dreams are at risk of being dashed at any moment.

“Members of the Australian track and field team in the Tokyo Olympic Village have been cleared to return to their regular routines,” the Australian Olympic Committee said in a statement.

“The all-clear comes after three members of the team underwent PCR testing following a brief casual contact with a US track and field athlete who had tested positive to Covid-19.”

Kendricks earlier became the latest high-profile withdrawal from the Olympics after testing positive for the virus.

“We are saddened to confirm that Sam Kendricks tested positive for Covid-19 and will not compete in the Olympic Games Tokyo 2020,” the United States Olympic and Paralympic Committee said on Twitter.

Organisers announced a daily record of 24 new Games-related cases on Thursday, three of whom are athletes, taking the overall number of positive cases to 193.

The figures do not include all cases at airports and in training camps.

In Olympics action, US swim star Caeleb Dressel notched his second triumph of the Games to stay on track for a potential six golds.

Dressel arrived at the Olympics tipped to push for a Michael Phelps-style medal haul and already has two wins under his belt, with a potential four to come.

The 24-year-old powered to the wall in the men’s 100m freestyle in a new Olympic record time of 47.02sec to dethrone Australia’s Kyle Chalmers.

Dressel, who spearheaded the United States to the 4x100m relay title earlier this week, will also race the 50m freestyle and 100m butterfly and could feature in two other relays.

The swimmer, who won two relay golds in Rio, said he was proud to claim his first individual title.

“I didn’t want to admit it but now I did it I can admit it, it’s a lot different,” he said.

Dressel’s 13 world titles have prompted inevitable comparisons with Phelps — winner of eight Olympic golds at the 2008 Beijing Games and 23 in total.

Only Phelps, Mark Spitz and Kristin Otto have won six or more golds at a single Olympic Games in swimming.

Robert Finke won another gold for the United States in the men’s 800m freestyle while Australia’s Zac Stubblety-Cook claimed the men’s 200m breaststroke gold in a new Olympic record time of 2:06.38.

China’s Zhang Yufei took gold in the women’s 200m butterfly and China rounded off the morning session by smashing the world record in the 4x200m women’s freestyle relay, finishing ahead of the United States and Australia.

The Olympic golf tournament has also lost stars to coronavirus but started at Kasumisageki Country Club with a number of top players still involved.

Austria’s Sepp Straka carded a 63 to set the early pace before lightning forced the suspension of play.

The women’s all-around gymnastics is due to take place on Thursday evening without Simone Biles, who arrived with Soviet gymnast Larisa Latynina’s career haul of nine Olympic titles in her sights.

Biles’s decision to ditch a second event due to mental health concerns, hot on the heels of her dramatic withdrawal from Tuesday’s team event, has raised doubts about the American superstar’s further participation.

“The outpouring love &amp; support I’ve received has made me realise I’m more than my accomplishments and gymnastics which I never truly believed before,” the 24-year-old tweeted on Thursday.

Ten Nigerian athletes were among 18 competitors from “high-risk” nations barred from competing after failing to meet minimum standards for out-of-competition drug testing.

World Athletics’ independent anti-doping arm said the athletes had failed to comply with rules that require athletes from countries deemed to be at highest risk of doping to undergo three no-notice out-of-competition tests in a 10-month period.