Bosh, formerly of the Toronto Raptors, will take his power-forward skills to Miami, according to various media reports. As AP writes, “Bosh and Wade are friends, were Olympic teammates on the gold-medal team in Beijing, dined together at times during the free-agent interview process last week in Chicago and were part of that star-studded draft class in 2003 – Bosh went fourth, Wade fifth.”

The Heat will also retain Wade, a free agent who was looking at other teams as well. The Florida team has more than $10 million in cap space to fill out their roster.

Bosh told ESPN why he turned down Toronto’s offer: “I wasn’t sure if LeBron was coming back … I wanted to make the best decision for me and my family.” 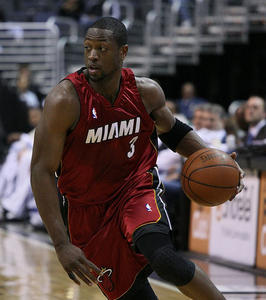 Wade was asked how difficult it was to say no to Chicago’s offer (Wade is from Chicago). “It was one of the hardest decision I’ve had to make as a professional player. Chicago has my heart and my emotions…It came down to Chris and his decision to be in Miami.”

With Bosh’s signing, all eyes turn to LeBron James, who has yet to make a decision. He said he will announce what team he’ll play for next season on Thursday night during a special one-hour ESPN special.